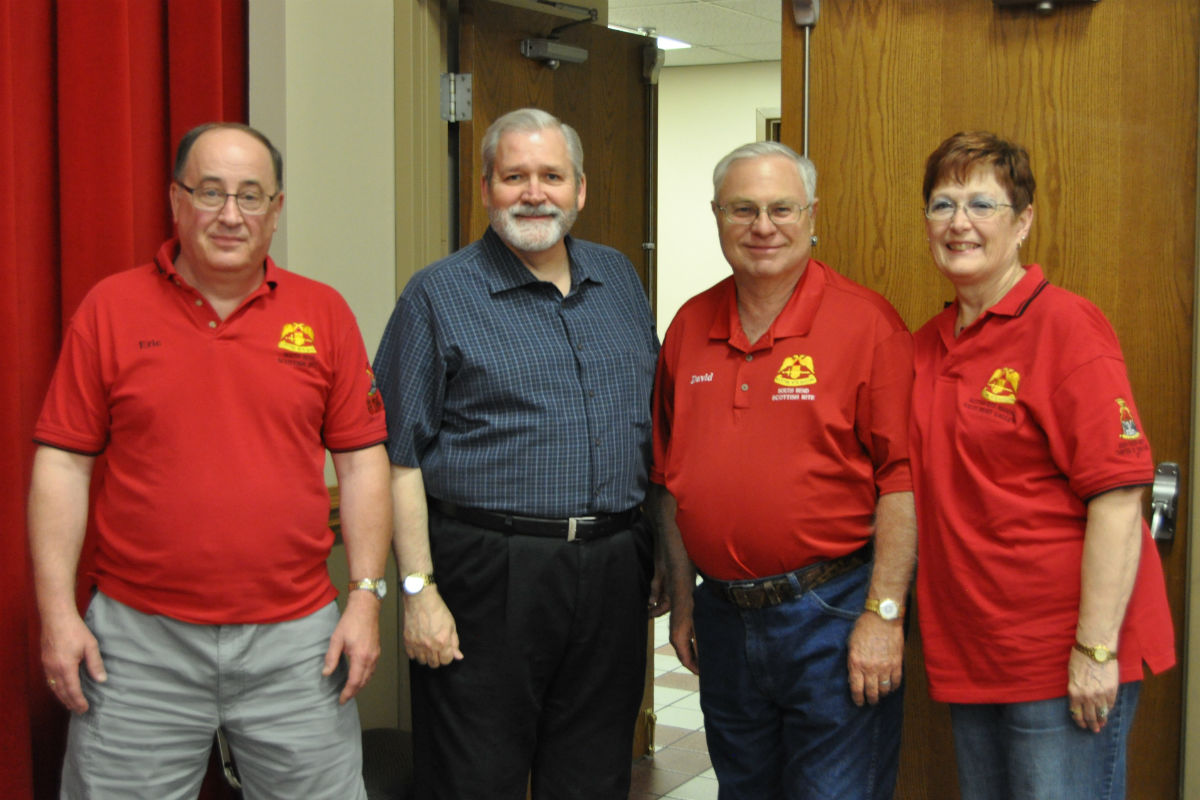 Anyone attending the “Meet the Beetles” Tribute Band performance and fundraiser at the Orak Shrine Center in Michigan City saw Beatles fans come together in support of the Orak Shriners and the Scottish Rite of South Bend.

The Scottish Rite is not only dedicated to helping their brothers when they are in need, but they also work tirelessly to improve the lives of those with dyslexia. The South Bend chapter of the fraternity runs a learning center meant to help people with dyslexia easily adapt to different learning environments.

Orak Shriners are equally philanthropic; the organization owns 22 different hospitals throughout the country, with the newest being in Arizona. 33rd Degree Mason, Scottish Rite Trustee, and Shriner Eric Pittman felt that this concert would be a fantastic way to raise money for the organizations.

“We hope that this concert will not only raise funds but bring people from outside of our fraternity in to see what we do and have fun with the ‘Meet the Beetles’ band,” said Pittman. “One of our other friends within the organization saw the band a couple times, and he really liked them. He brought it up to us and thought it would be a good thing to do.”

The members of “Meet the Beetles” were happy to twist and shout to help raise money for the organizations. The band, which is made up of Scott Carlson (John), Jeff Fronczak (Paul), James Hondros (George), and Tony Giangreco (Ringo), has been playing together for years.

“Meet the Beetles” Manager Nicole Hondros was especially connected to the event, seeing that her grandfather is a Shriner. With the Hondros family being from the Crown Point area, they understood both the value of furthering the Beatles legacy in Northwest Indiana and the respect the band had for their roots.

“We got this band together for the love of the music; we just like to do them right and keep the music alive. My favorite song would have to be ‘Penny Lane,’” said Hondros. “It’s intricate, but it sounds simple. It was also written about [the Beatles’] hometown of Liverpool, which I think is really cool.”

Although there were Shriners and Masons here, there, and everywhere in the hall, diehard Beatles fans from outside of the organizations attended the performance as well. David Haffman, who has been a groupie for “Meet the Beetles” for five years now, was the perfect example of an outsider being introduced to the Shriners and Masons through a shared love of the Beatles.

“‘Meet the Beetles’ has the costumes, the accents, and obviously they’ve got the music down to a science,” said Haffman. “They just bring all three of those things together very well. I love ‘A Day in the Life,’ because it’s a song that gives both Lennon and McCartney writing credit.”

Similar to the perfect blend of McCartney and Lennon, the ‘Meet the Beetles’ performance mixed Shriners, Masons, and Beatles fans, all with the combined goal of enjoying some classic music and improving the community.