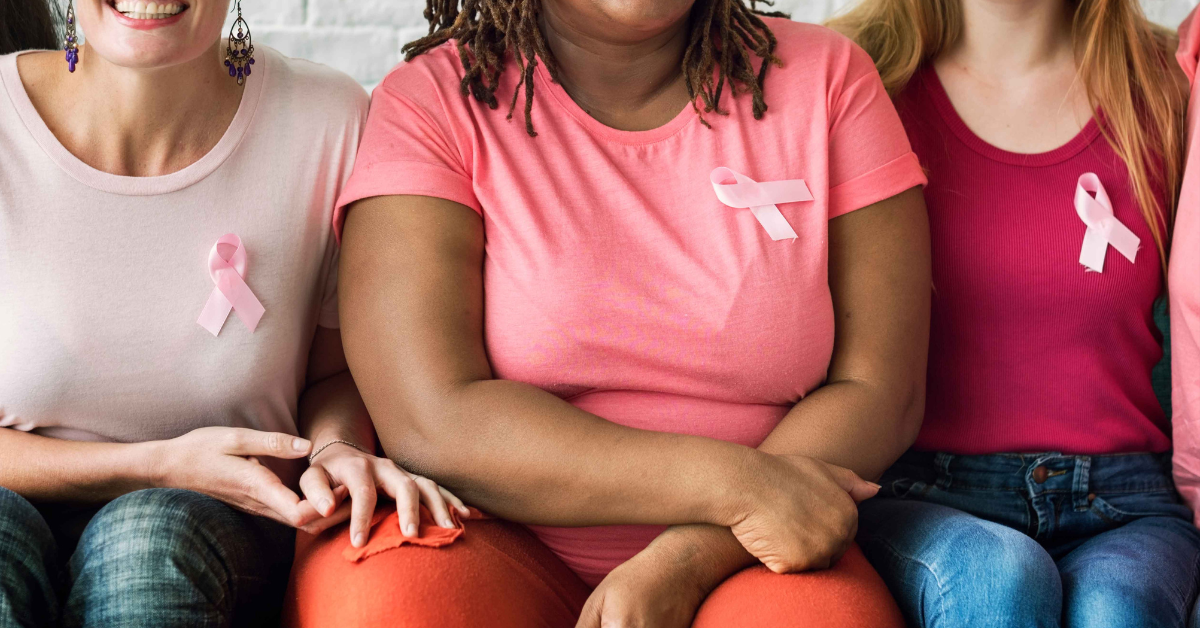 Nine months after giving birth to her son and one month shy of her 40th birthday, Charlenne Miranda’s world was turned upside down.

In May of 2020, she was diagnosed with stage 3 breast cancer after finding a lump near her armpit.

A mammogram and biopsy revealed the cancer was the size of a small key lime and had spread to her lymph nodes. It was so aggressive, doctors recommended that she start chemotherapy immediately, followed by surgery to remove the remaining cancer.

“Chemotherapy not only kills cancer cells, but it can kill your spirit if you let it,” said Charlenne, a UnitedHealthcare employee. “You only get one life, and I can’t begin to express my gratitude for everyone that did everything in their ability to help me live.”

Now in remission, she’s thankful for the opportunity to share her story to help stress the importance of breast cancer screening, which some women may have put off due to the pandemic.

“You can’t undo the damage caused by an advanced cancer diagnosis,” Charlenne said. “Early detection and screening are valuable in ensuring that any conditions are identified and treated as soon as possible to help prevent an irreversible impact to not only your life but your loved ones.”

The good news is, with improved screenings, early detection and advanced treatment options, many types of breast cancer may be curable. In fact, there are more than 3.8 million breast cancer survivors in the United States.

As we recognize Breast Cancer Awareness Month in October, Dr. Jennifer Malin, chief medical officer for Optum, shares five facts you may not know about detecting and preventing breast cancer.

“It’s important to get diagnosed early, because the earlier you’re diagnosed, the less intensive treatment will be, and the greater the chance of a cure,” Dr. Malin said.

2.     Mammograms matter
Roughly half of all women who get screening mammograms will have a false positive result in a 10-year period. That doesn’t mean you should skip the test. Most breast cancer is detected by mammogram before symptoms appear, Dr. Malin said, which is why mammography is so important.

The test may detect breast irregularities that can be further examined with techniques, such as a biopsy, to help determine a cancer diagnosis. Your breast density may also inform the types of screening best for you. Talk with your doctor to determine what kind of screening plan works best for you given your health, age and family history of breast cancer.

3.     Most breast cancer isn’t hereditary
Only 5% to 10% of all breast cancers are caused by genetic factors, such as gene mutations that significantly increase a person’s chance of developing breast and other cancers during their lifetime. Ask your doctor whether genetic testing makes sense for you.

4.     Breast changes are normal, but don’t ignore symptoms that persist
Breasts come in all shapes and sizes, and they can change based on a woman’s age, menstrual cycle and other factors. Breast lumps, rashes and discharge are common, and these things don’t necessarily mean you have cancer. If you notice changes to your breast that persist, Dr. Malin advises seeking evaluation.

“It most likely won’t be cancer,” she said. “Don’t be so scared that you avoid getting it evaluated. And, if the symptom persists after an initial course of treatment, such as an antibiotic or cream, make sure you follow up with your doctor or see a specialist.”

Rarer symptoms such as bloody nipple discharge or hard lumps in the breast or under the armpit should be checked out right away.

5.     A healthy lifestyle can make a difference
“The most important way to prevent breast cancer is by exercising and maintaining a healthy weight,” Dr. Malin said. “The more fat tissue we have, the more estrogen our bodies make.”

Some forms of breast cancer “feed” on estrogen.

The American Cancer Society recommends 2.5 hours of physical activity each week to help lower the risk of cancer.

In addition to exercise, the American Institute for Cancer Research recommends dietary guidelines. These include limiting alcohol, reducing added sugar consumption and eating a diet rich in whole grains, fruits and vegetables.

Staying on top of annual exams and openly communicating any concerns with your doctor may help reduce your risk of breast cancer or help with early detection.

In Charlenne’s case, she said being proactive about her health and asking questions helped save her life.

“If something doesn’t feel right, speak up,” she said.