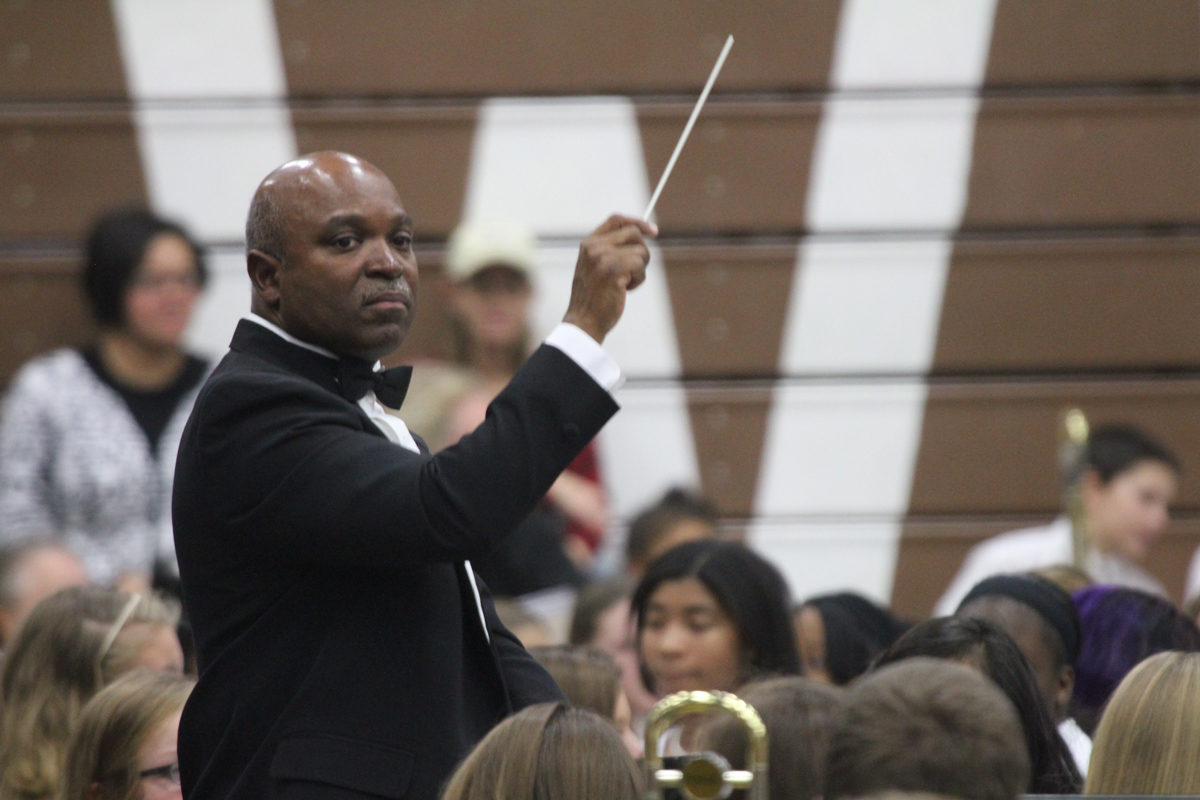 On Thursday, December 12, people from all over gathered in the Michigan City High School gymnasium for some delightful holiday music. Around 1,500 musicians and singers from the Michigan City School District performed for the crowd.

The performers ranged from elementary school all the way to high school. Each group of students entertained the crowd with holiday classics.

The night was kicked off by a rendition of the Charlie Brown classic, “Christmas Time is Here,” performed by a combination of the choirs. This was followed by the middle school band performing Beethoven’s “Ode to Joy.”

The festivities didn’t stop there. Up next was the high school symphonic band, as they played “Sleigh Ride.” Then, the Treble Chorale and the City Singers sang “Beautiful Snow” for everyone.

The holiday spirit kept moving with the 7th & 8th grade bands performing “Rudolf the Red Nosed Reindeer.” These same middle school students would go on to play “Carol of the Bells” later on in the evening. Also, the elementary choirs delighted the crowd with the fun song, “Gonna Catch that Santa.”

The high school cadet & concert bands played their rendition of Paul McCartney’s “Wonderful Christmastime.” Then the City Bell Ringers Choir had their chance to perform for the attendees with “Lo, How a Rose E’er Blooming” and “Away in a Manger.”

Next, the crowd was treated to some joyful performances by the middle school choruses, performing “Reindeer Jive,” and the concert choir, performing “No Well, No Well!”

The night would not have been complete without some of the most enjoyed holiday songs. For instance, the high school cadet & concert bands performed the timeless “You’re a Mean One, Mr. Grinch.” The treble chorale and city singers performed another beloved holiday song. This, of course, was “Jingle Bell Rock.”

Finally, the Concert Choir capped off the night as they sang “White Christmas” for everyone. This was followed by the combined bands and choirs performing “When You Believe” and “Let There Be Peace.” As the massive crowd that was in attendance filed out for the night, one thing was certain. Everyone left with a little bit more Holiday Cheer than they showed up with.

Click here to view more photos from the concert!