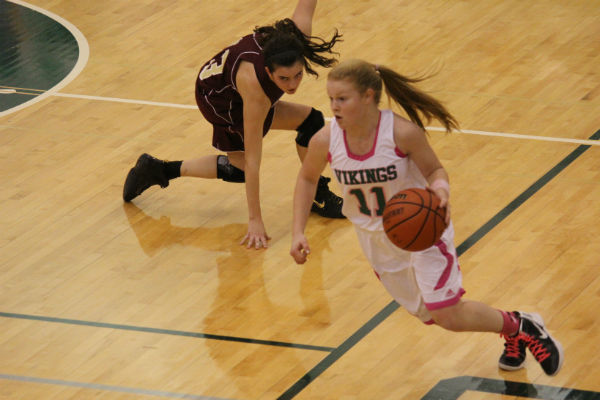 “It’s fantastic,” Crown Point coach Annie Equihua said. “I’m so tired of seeing [Merrillville coach] Amy Govert, I can’t even begin to explain. I love the girl dearly, but not having to play everybody twice or three times is great. It does give you a chance to see other teams from around the area.”

In addition, the double round robin limited exposure for Northwest Indiana players because not as many opposing coaches received the opportunity to watch Duneland players.

“You try to get your kids selected for all-state and even your own area coaches don’t know your players well enough because they never see you,” Equihua said. “They’re playing on the same nights you are. Not that that’s what it’s about, but it is about recognition and getting your kids exposure.”

A year after scuffling to a 5-16 record, Crown Point is off to a 3-0 start and joins LaPorte as the only unbeaten Duneland teams. The Bulldogs have blowout victories over Munster, Andrean and Hanover Central. Abby Kvachkoff, who is one of the team’s senior leaders, drained five 3-pointers in a 68-28 win over Hanover Central on Friday.

Valparaiso got off to its first 2-0 start since 2004, topping Kankakee Valley and upstaging Hamilton Southeastern in double-overtime. Since then, the Vikings have dropped back-to-back games to Fishers and Plymouth, but the second of those losses came when Valparaiso was without seniors Grace Withrow and Kristina Velvojic due to the soccer Indiana All-Star Game. Indiana coaching legend Joe Otis has taken over the girls program this season after previously serving as Valparaiso boys coach.

After going 23-3 last season, Merrillville is likely considered the favorite in the Duneland. Victoria Gaines (13.2 points per game) is back for her junior season, while A.J. Downs will step into the point guard role as a senior. Merrillville is 3-1 through its first four games with the Pirates only loss coming to South Bend St. Joseph.

Lake Central may have something to say to those who consider Merrillville the conference favorite. The Indians swept the Valparaiso Tip-Off Classic with victories over Fishers and Hamilton Southeastern on Nov. 16. The defending sectional champions lost Jessica Bell to graduation, but a talented junior class of Lindsay Kusbel, Gina Rubino and Tara Zlotkowski will have a chance to lead the way.

Michigan City will have a much different look this season as the bulk of last year’s team was lost to graduation. Michal Miller, who averaged 11.5 points per game as a sophomore in 2012-2013, is the only starter back. The Wolves suffered an 88-28 blowout loss to open the year against South Bend Adams. 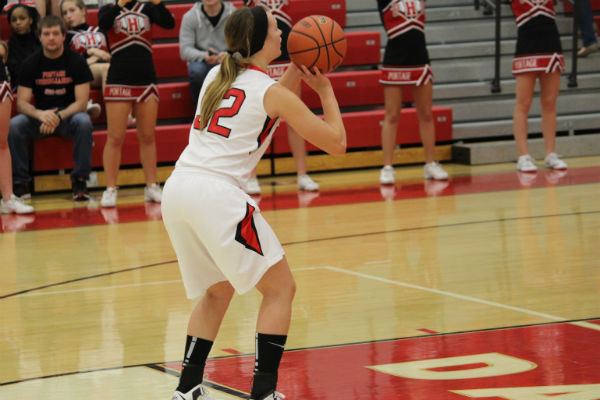 With its 58-54 upset of Kankakee Valley on Friday, Highland has already matched its conference win total from last season. The Trojans are off to their first 4-0 start since 2002 as they try to snap a streak of four straight losing seasons. Alyssa Kikalos (10.2 ppg) is back to lead the Highland offense.

Lowell was hit hard by graduation and lost 95 percent of its scoring. The Red Devils have passed early tests against competitive foes Hebron and Portage, but conference play is still on the horizon.

Kankakee Valley has high expectations with all five starters back this season.

“It’s immeasurable,” Kougars coach Ryan Myers said. “Having them all back, that experience is hard to replicate. We’ve been in these situations before. I think that’s going to be a big thing for us moving forward.”

Griffith lost five seniors and two assistant coaches at the end of the last season. The Panthers do not have any players back who scored more than four points per game last year. Munster has suffered three straight losing seasons, including a winless NCC performance a year ago. Andrean lost nine games by single digits last year and has a chance to be much improved with three starters back.

Northwestern Conference
Roosevelt is under the direction of first-year coach Kendall Nichols after posting a 2-9 mark in 2012-2013. Iyanna Turner is one of the most prolific sophomores in the region after scoring 20 points per game her freshman season.

While the Panthers are operating under a new coach, West Side certainly knows what to expect from its guide. Rodney Fisher is back for his 30th season in charge of the Cougars. West Side’s roster is loaded with talent, including freshman Dana Evans who averaged 40 points per game as an eighth grader last season. Evans is expected to be one of the best freshmen in the state this year.

Lew Wallace will attempt to challenge West Side for the conference title. The Hornets snapped a string of eight straight losing seasons by posting an 11-6 mark last year.

Greater South Shore Conference
Rivals Bishop Noll and Whiting are expected to duke it out for the conference title. The Oilers posted 20 wins and won a sectional title last year. Citlali Lopez and Bri Blackwell are back to lead Whiting.

Noll has won three straight after dropping the season opener to Highland. The Warriors have every member of last year’s GSSC championship team back. Bishop Noll won 21 regular season games, including an overtime victory over Whiting, before falling to the Oilers in the sectional final.

Hanover Central has jumped out to an early lead in the GSSC with wins over Lake Station and River Forest. The Wildcats are GSSC newcomers after departing the Porter County Conference.

Marquette Catholic is hoping first-year head coach Abby Skube can turn the program around. The Blazers have won a total of four games over the last four seasons. Marquette has had six different coaches since 2004.

After a season-opening romp of Gavit, Calumet has dropped back-to-back games to Boone Grove and Morton. North Newton is looking to end a stretch of four straight losing seasons. Wheeler is off to an 0-2 start, while River Forest has dropped three straight to start the year. Lake Station has not had a winning season since the turn of the century.

Hammond High is hoping for a revival under first-year head coach Alan Camper. Gavit could be a factor in the conference as the Gladiators bring back Shanika Thorton, who averaged 10.6 points per game last season. Clark has six solid seniors led by Anastasia Holden (6.2 ppg).

However, Morton is the odds-on favorite to win the conference again. The Governors have one of the toughest schedules in Northwest Indiana after adding three Duneland schools (Crown Point, Lake Central and Michigan City) this season. Morton dropped its first two games in lopsided fashion against NCC foes Lowell and Hobart, but bounced back with a 32-31 edging of Calumet on Nov. 19. 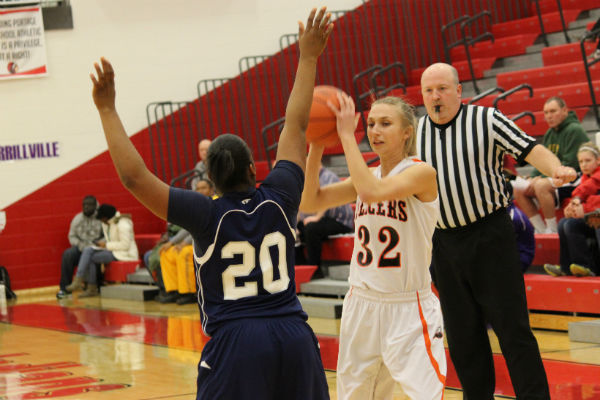 The parity in the PCC is already evident in the early portion of the season. Five of the eight teams in the conference are 2-2 through four games.

Defending conference champion South Central is one of only two teams in the PCC winless at this stage. However, the Satellites have played just two games, one of which was against Class 4A Chesterton. South Central (Class 1A) will play four of its next five against larger schools. Jill Rosenbaum is in her fourth year as a starter and scored 12.9 points per game a year ago.

Trina Coleman is one of the PCC’s other stars after capturing the conference MVP honor in 2012-2013. The Morgan Township point guard averaged 14.6 ppg last year. The Cherokees will be in contention for the conference title, along with South Central, Boone Grove, Washington Township and LaCrosse. Jim Wheeler’s Westville squad is attempting to build for the future with just two returning players and no seniors this season. The Blackhawks are off to an 0-5 start.