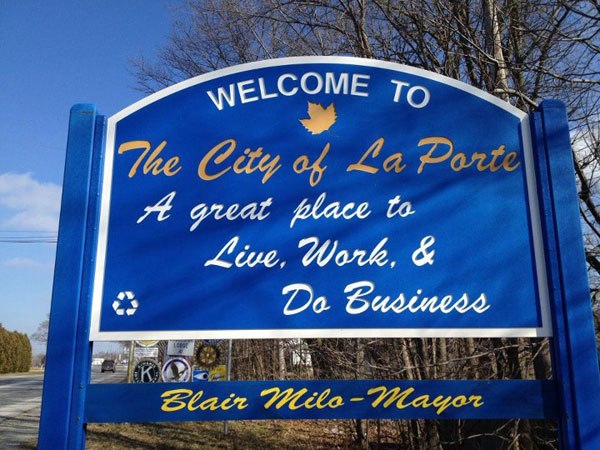 Effective immediately, Styrofoam and plastic shopping bags and films are no longer being accepted in La Porte County’s curbside recycling program, the La Porte County Solid Waste District announced Wednesday. But residents still have an option to at least recycle plastic bags and films by bringing them back to a store that will accept them.

During a tour last month of the materials recovery facility (MRF) in Homewood, IL, where all of La Porte County’s recyclables are sorted, district staffers and two members of the district’s Citizens’ Advisory Committee were told that the facility is not accepting any plastic films or Styrofoam for recycling. Those items were included in the district’s recycling program since its inception in 1993, said education and public outreach coordinator Alicia Ebaugh, but evolving recycling markets have dictated the change.

“The MRF has a way of dealing with those items, but they are being taken to a landfill,” she said.

Styrofoam products will just need to be placed in the trash, but there is an alternative solution for recycling plastic shopping bags and films, Ebaugh said – they can be taken to public recycling points at local Walmart, Meijer, Kroger or Lowe’s stores. Menards also will accept plastic bags at the customer service counter, she said.

“We also have plastic bag recycling events at Al’s stores each November for America Recycles Day, where we swap your plastic bags for a reusable one,” Ebaugh said. “There are plenty of opportunities for avid recyclers to do the right thing and keep plastic bags out of the environment.”

You can also include these additional plastic bags and films with your shopping bags (all items must be clean and dry):
Newspaper bags
Produce bags
Bread bags
Case wrap for bottled water
Wrap from napkin, paper towel and toilet paper packages
Wrap from diaper packages

“All these items are the same type of plastic as shopping bags and can be processed the same way,” Ebaugh said.

The reason that grocery stores and big box stores are accepting plastic bags and films while MRFs are not is simply a matter of cleanliness, Ebaugh said. “Plastics collected at grocery and big box stores are relatively clean and already separated out from the waste stream,” she said. “The ones that come in commingled with other recyclables at the MRF become more contaminated and are not as good of quality, so buyers of used plastic bags and films like Hilex Poly really only want to get them from the stores directly.”

District Director Clay Turner said the inconvenience of separately recycling plastic bags and films may be difficult to get used to at first, but even avid recyclers know that plastic bags and Styrofoam are lightweight and fly easily out of bins and trucks. “Overall, this program change will benefit our county by preventing litter,” Turner said. “Our program is always evolving and we’re always looking for new and better ways to recycle.”