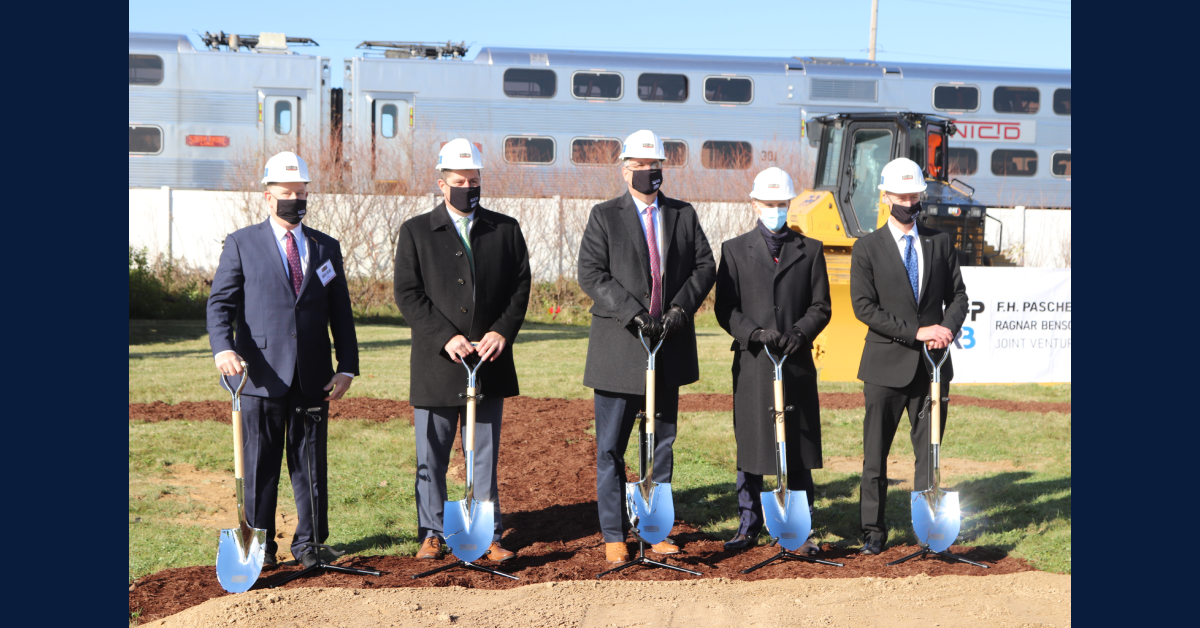 In a recent announcement from the Northern Indiana Commuter Transportation District (NICTD), the Federal Transit Administration allocated an additional $49.4 million towards South Shore Line’s Double Track NWI project, a plan to double the amount of public transportation options spanning from Gary to Michigan City. The South Shore Line provides transport to Chicago for thousands of Hoosiers, and this rapid expansion will create jobs for the Region’s labor force.

“This will be a great opportunity regarding development and redevelopment for our community which has not been seen in decades,” Bill Hanna, President and CEO of the Northwest Indiana Regional Development Authority (RDA) said. “We were identified as an attractive real estate development area, which is one of the reasons why we were chosen for this funding.”

This increase in funding has raised the Double Track’s budget to around $99 million. In a rare form of bipartisanship, the project was spearheaded by Governor Eric J. Holcomb and Congressman Pete Visclosky. Both politicians worked together to help the Region’s workforce thrive in an uncertain time.

“It’s great that our legislators such as Governor Holcomb and Congressman Pete Visclosky have been invested in this project,” Hanna said. “They were willing to take the risks associated with projects such as these. It is great leadership and public service to work together in the name of helping people and our community.”

The expansion of the South Shore Line was a major factor in Governor Holcomb securing his second term as Governor of Indiana. The project, at-large, has received praise from those across the state.

“This project will turbocharge the economy and accelerate the careers of so many Hoosiers across Northwest Indiana,” Holcomb said. “When the West Lake Corridor is complete, it’ll link Region towns to the 3rd largest metro area in the nation and rapidly accelerate Northwest Indiana’s forward momentum, making this an even more attractive place than it already is to live, work, build a business, and raise a family.”

Bids for the project are to be completed by January of 2021, and construction is set to begin in early summer 2021. The doubling of trains on the track will result in many of the South Shore Line trains being available to pick up the slack if there are any delays.

“There is not an ability to do passes, but we will be able to bypass trains to keep that traffic flowing,” Mike Noland, President of the NICTD/South Shore Line said. “Two trains will run into Chicago with fewer stops. Currently, if there are delays, there’s no way to keep all the other trains on time, but with the second set of tracks there will be a way to bypass the delay and improve performance. With the additional track, I am most excited about making the commute 67 minutes from Michigan City to Chicago, opening travel to the city quicker, which will open job prospects for people.”

The scale of the Double Track NWI project is ambitious by nature; the rapid expansion of the tracks will be a costly investment but will ultimately strengthen the infrastructure of the Region. Historically, the Region has relied on industrial labor to fuel the economy. The Double Track NWI project would provide a way to stimulate the local economy and provide steady, well-paying jobs for Region residents.

“There was a plan for development in the areas around the stations, which will help with establishing a better quality of life and create a better tax climate,” Hanna said. “We have had a lot of positive feedback from developers already about our plans and are hopeful for the future in these areas. Our communities should be proud because we have been recognized at a national level through the FTA due to the development aspect.”

To learn more about NICTD or the South Shore Line, visit https://www.mysouthshoreline.com/.