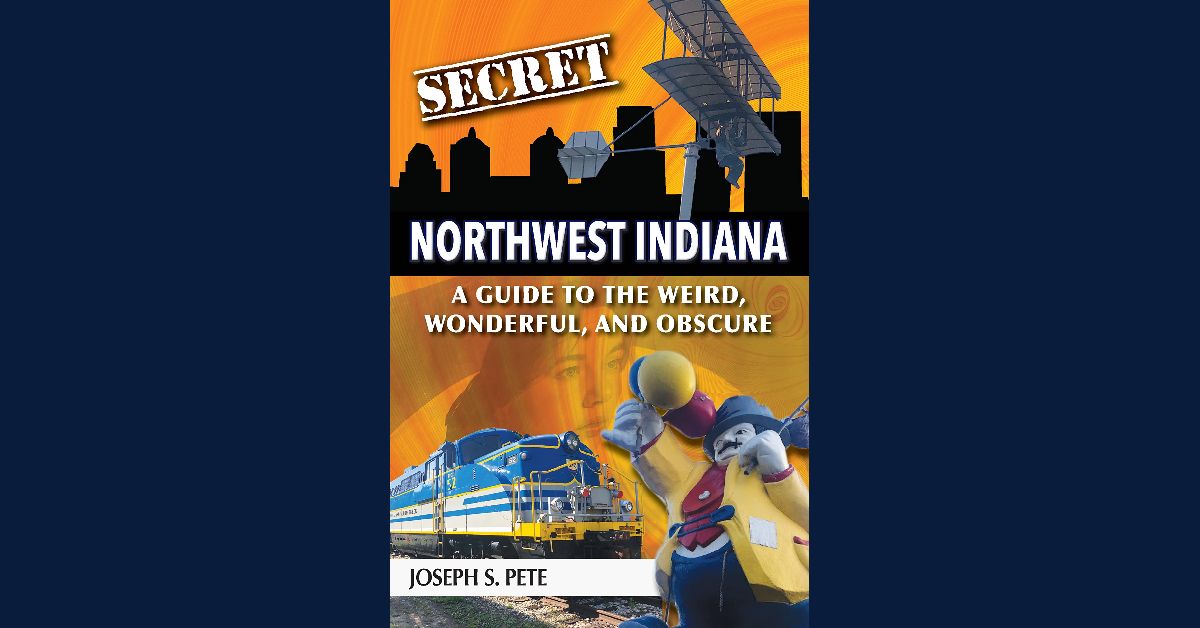 Where in the landlocked state of Indiana can you sunbathe on a beach in the shadow of hulking steel mills, surf by an oil refinery or scuba-dive to see old shipwrecks?

A blend of Indiana and neighboring Chicago, Northwest Indiana is a one-of-a-kind place filled with wonders like Frank Lloyd Wright homes and a hike USA Today described as one of the country’s most scenic. And behind its unique “coastal” setting lie some equally intriguing hidden gems and untold stories.

Secret Northwest Indiana: A Guide to the Weird, Wonderful and Obscure leads a whirlwind tour of the Calumet Region that extends from Chicago’s far South Side, through the south suburbs and Northwest Indiana, and into Southwest Michigan. Read about a submarine inventor who sailed under Lake Michigan and the free-spirited Diana of the Dunes who inspired preservation efforts that led to the Indiana Dunes National Park. Explore hidden NIKE missile silos, bygone ski jumps, secret spots to photograph the jets taking off for the Chicago Air and Water Show and the infamous Marriage Mill where celebrities flocked to get hitched. Prepare for singing porta-potties, tree graveyards and other strangeness.

Local author and journalist Joseph S. Pete gives you a look behind the curtain in a region you might think you already know well. With his stories and tips, you’ll find no shortage of new secret places to explore in Northwest Indiana.Region native Joseph S. Pete writes for The Times of Northwest Indiana, a job that’s taken him all around the South Shore. The author of Lost Hammond, Indiana and 100 Things to Do in Gary and Northwest Indiana Before You Die, Pete is a frequent guest on Lakeshore Public Radio and has twice as many first names as the average person. His many accolades include Lisagor Awards, SPJ Awards and a calculator he won at a Hammond Civic Center circus raffle.