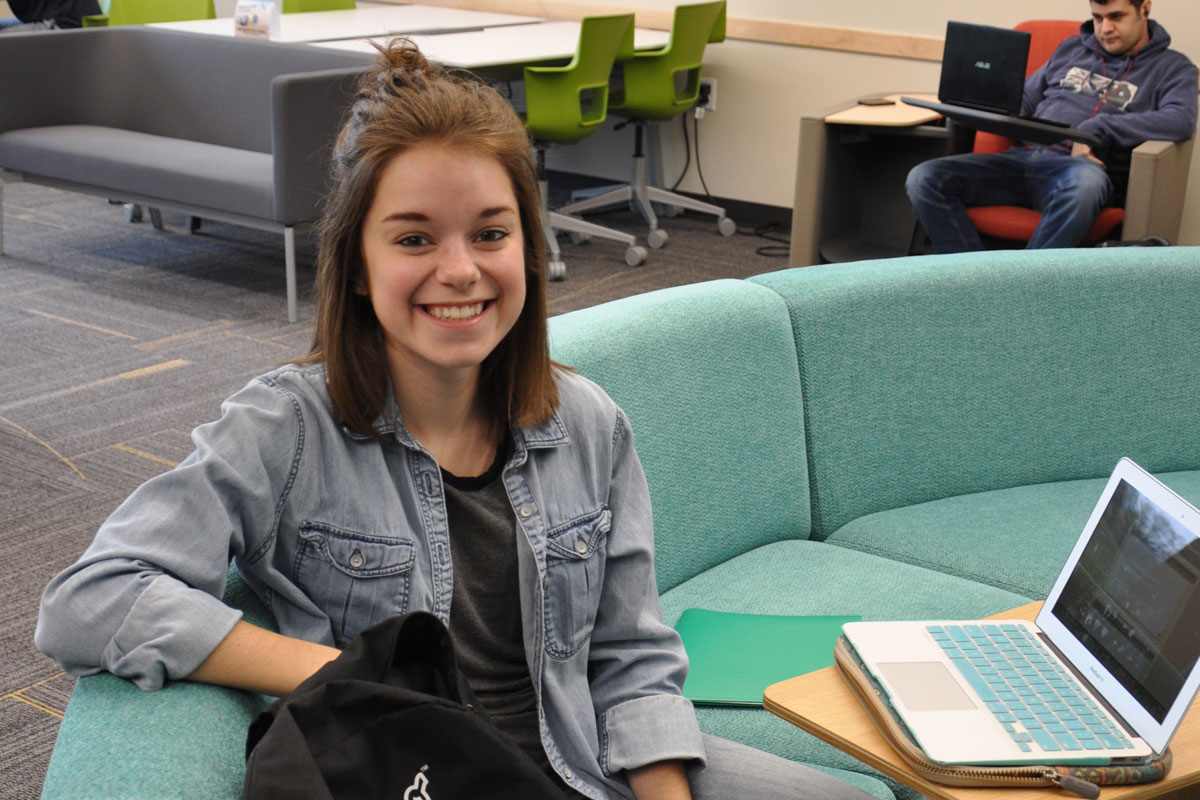 When Shelby Clindaniel received her bachelor’s degree in communication during Purdue University Northwest Commencement Exercises Monday (5/8), she already had begun what she calls her “dream job.”

“I knew for a while that I wanted to work for the Chicago White Sox,” the Kouts resident said. “It didn't matter what I did, I just knew that was my dream.” And so, she put the wheels in motion.

When PNW academic advisor Craig Moore told her about the annual White Sox job fair last year, Clindaniel jumped at the chance to participate. Though she did not initially receive a response to the resume she submitted, she sent another in February and was called for an interview about a week later. That interview resulted in a job offer.

Widely known
Clindaniel became widely known on the Westville Campus thanks to her involvement in organizations and activities, including the Dean’s Leadership Group, the Honors Program, the campus newspaper and Lambda Pi Eta communication honor society.

As a communication student, Clindaniel gained valuable experience working on the PNW student newspaper, The Pioneer, and prior to that, the Panther News Network, climbing the ranks from volunteer writer to editor.

“I learned to quickly and efficiently interview people, write more sophisticatedly and improve on my photography and management skills,” she said of her experience.

And she is proud that she paid for her education and graduated debt free.

Balancing school and life responsibilities
Her time off campus time was filled with volunteer service at her church, a job at Valparaiso University, photography, cupcake-making and quality time with her nephew and dog.

A vast support system
Clindaniel indicated she often found strength and inspiration from those around her. “Through it all, my parents were always there to listen,” she said.

She also praises her professors in the Department of Communication and Creative Arts.

“They were wonderful to me the last four years,” she said. ”I probably wouldn’t have attended (PNW) if they hadn’t encouraged me as much as they did. At PNW everyone is willing to help you—students, faculty and staff.”

She also credits her faith. “I know that keeping faith that God will handle everything is hard to do in college,” she said. “Somehow, with His help I managed to do that.”

Words of advice
For her fellow students, Clindaniel offers these words of advice, “Whatever you want to do, do it. I never thought I’d be working for the White Sox, but somehow they liked me so much (that) they hired me on the spot. It is possible.”