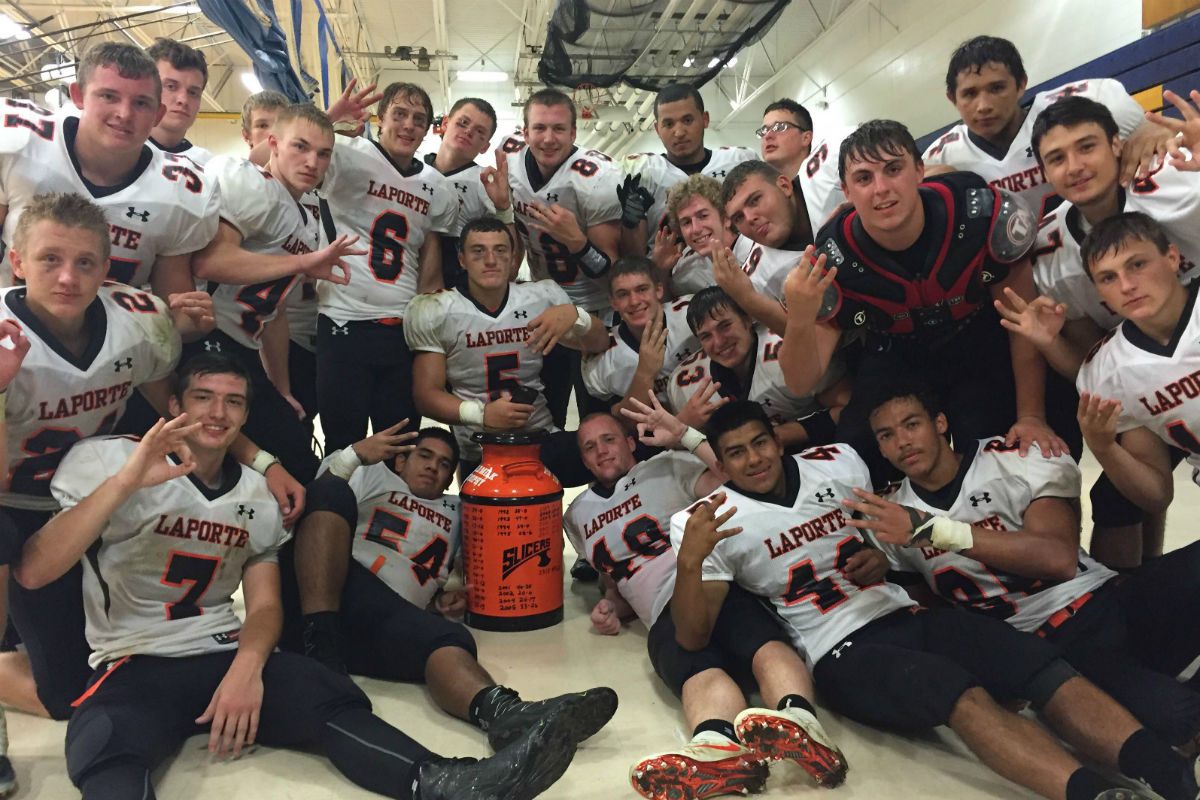 La Porte County is a tight-knit place where people take the time to get to know each other, talk with each other, and share what is happening around their communities.

At the beginning of the football season, the talk around the shops and streets in La Porte and New Carlisle centers around one small object that means something much bigger: a milkjug.

Each year, New Prairie and La Porte Football give everything they have to take the jug home; to have it make its home in their town, and give the students and the community something to be proud of.

As of yesterday, it sits in La Porte, but New Prairie felt that if the jug is coming up for the game, it might as well stay for awhile.

“It’s my senior year and this is a big game,” said the Cougars’ Tynan Williams. “It’s now or never to go all out and bring that jug home to New Prairie.”

"It's a really emotional game because we're so close with that community and it's the first game of the season," said Scott Cooper of La Porte. "There's always a huge crowd and keeping the jug is special."

What makes this game even more special this year is that it comes at the start of the season. One of these teams will walk away 1-0 with a moment and a reward they can be proud of no matter what transpires during the rest of the season.

The other will walk away 0-1, with enough games, and enough moments, to change the entire course of the season and create something special.

On paper, the game seemed like it’s likely to go in La Porte’s favor. They are ranked #5 in the latest Region Sports poll and the buzz going into the Slicers’ season is that this could be a special one.

And in that aspect, Williams says the Cougars were prepared.

“I’m really looking forward to this season because of how this team has come together so quickly.”

And with those thoughts, La Porte ended up defeating New Prairie by - you guessed it - just one point, 21-20 in a come-from-behind victory.