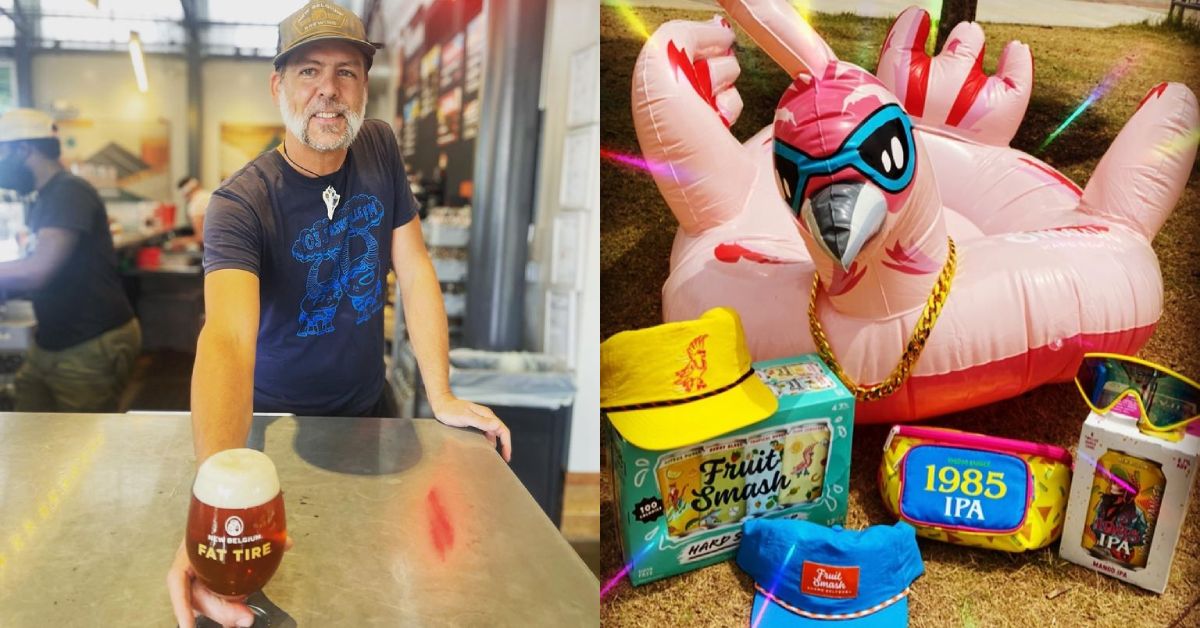 “Fat Tire Amber Ale is probably our biggest, then we have Voodoo Ranger with different IPA styles within it,” said Lisa Kerman, Market Manager for Northwest Indiana at Belgium Brewing.

Belgium Brewing has some of the most sought-after brews on the market. Not listed above are Dominga, a mimosa sour ale, and the Fruit Smash hard seltzers.

“The beers themselves don’t set us apart, it begins with our corporate culture,” Kerman said. “It’s how we brew the beers. Our number one mission as a company is to be a force for good and whether that is how we go to sales, interact with the community and our customers, or things like that. And of course, our beers are delicious as well.”

New Belgium claims to be ‘human-powered,’ meaning it tries to do the right things when approached with challenges.

“I think people know us from so much more than the liquid we put in cans and hopefully respect the way we do business,” said Kerman.

The company has a three-month rotator for specialty brews including Agent 77, 1985, and Hoperator which is a fall brew. Belgium Brewing is also selling a pumpkin ale over the next few months named Voodoo Ranger Atomic Pumpkin.

“It features cinnamon and habanero chili peppers for just the right amount of heat,” said Kerman.

“Our limited-time brews are not necessarily season-based, but we’re always experimenting with different kinds of hop varieties and notes, so there’s always something new,” said Kerman.

There are many places to find Belgium Brewing’s beers nearby, and its website has a handy tool to discover stores near you.

“In Valpo, we acquired Bell’s, so we work under one company now which is really exciting for us,” Kerman said. “We’re historically paralleled, from how we create to how we were started by homebrewers who then went into business.”

If you’re looking to try a Belgium Brewing beverage, Kerman has a few recommendations.

“I would say my favorite brew is Dominga. I’m kind of a sour fan myself. The ABV’s not too high, and it’s got a mix between a golden and a sour. It has a lot of beautiful orange notes in it,” Kerman said.

If that is not quite up your alley, there’s a subtle IPA ready for you.

“Our beer that’s almost an intro to IPAs is Juicy Haze. Some people who don’t like IPAs like Juicy Haze because it’s very fruit-forward,” Kerman said. “It’s a lot more approachable than many of the other IPAs, but it’s about a 7.5% which is super high on the volume side of things,” Kerman said.

Of course, Belgium Brewing has many IPAs that are worth exploring if you’re an IPA lover or just getting into it.

Learn more about New Belgium Brewing Company here and find a vendor near you here.