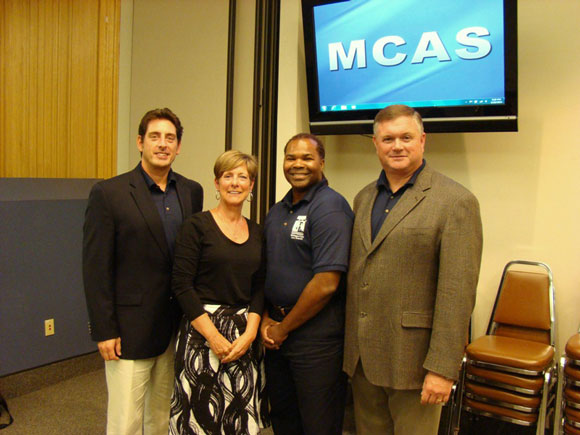 Kevin Goralczyk will serve as the new Associate Principal for MCHS. Goralczyk has served as the school’s Assistant Principal for a year, coming to MCHS from assistant principalships in the Fort Wayne and Wa-Nee School Districts. He has more than 20 years’ experience as a teacher, a coach, and an administrator.

Bonnie Manuel was appointed an Assistant Principal, filling the position vacated by Goralczyk. Manuel previously served as a principal for the Griffith Public Schools. In the 1990s, she served as a Special Education and Career Awareness teacher for Michigan City Area Schools.

John Boyd, who has served as Assistant Administrator for MCHS since 2009, will now become an Assistant Principal. Boyd recently completed his administrative certification, and has more than 20 years’ experience as a teacher, coach, and administrator. He will also continue to serve as Head Coach for the Michigan City Boys’ Basketball team.

MCHS principal Lee Dabagia thanked the School Board for its support of all three administrative appointments. “Each one of these individuals has the talent to round out our team,” he said. “We are excited to work together to keep our school and district moving forward in a positive direction.”