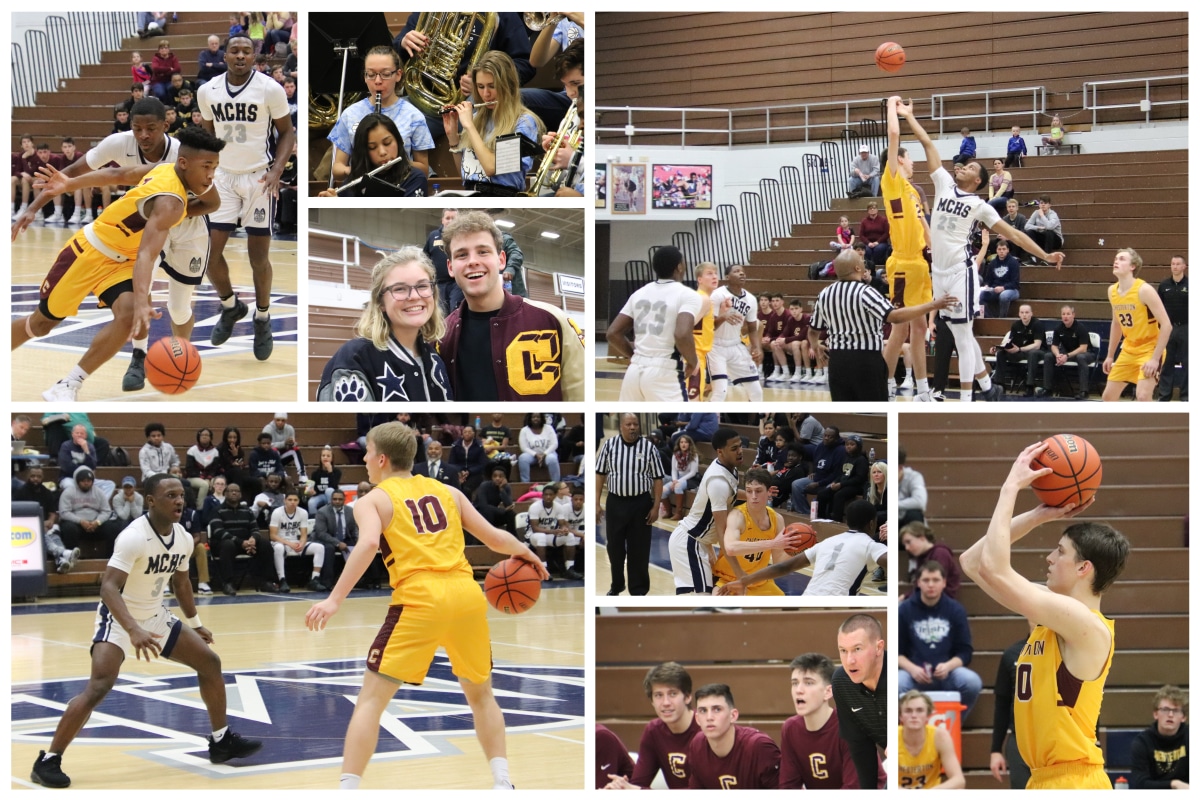 A young couple stood out at the Chesterton High/Michigan City boys basketball game, one wearing a Chesterton letterman’s jacket and the other wearing one from Michigan City. The close game between the neighboring rivals brought students, friends and families out to catch a glimpse of the matchup.

Emma Sells from Michigan City and Danny Schmiege from Chesterton, were both seniors, each rooting for their own schools.

“I think we have the bigger school spirit when it comes to sports, with a big student section,” Sells said.

“But we definitely have a better program in the arts, music, and clubs,” Schmiege said seconds after.

The near-tied game ended with a Chesterton win.

With the towns only being 12 miles from each other, school spirit and rivalry were heightened.

The score remained close at half time, and after a Michigan City dance team performance, the crowd seemed eager to return to the game. Maroon and navy colors divided.

The third quarter ended with Chesterton leading the game by only a couple points, a heart-wrenching time for the Michigan City supporters as they watch the players scramble on their home court.

In the final minutes, Chesterton snatched the lead as the game heated up, counting down to the final seconds. Chesterton went home with a win, their final score of 51 to 40.

“I think it was a well-played game, we play hard and I was happy we made the rails to make the plays to win,” said Marc Urban, Chesterton head coach. “We take it day by day. We try to work as hard as we can.”