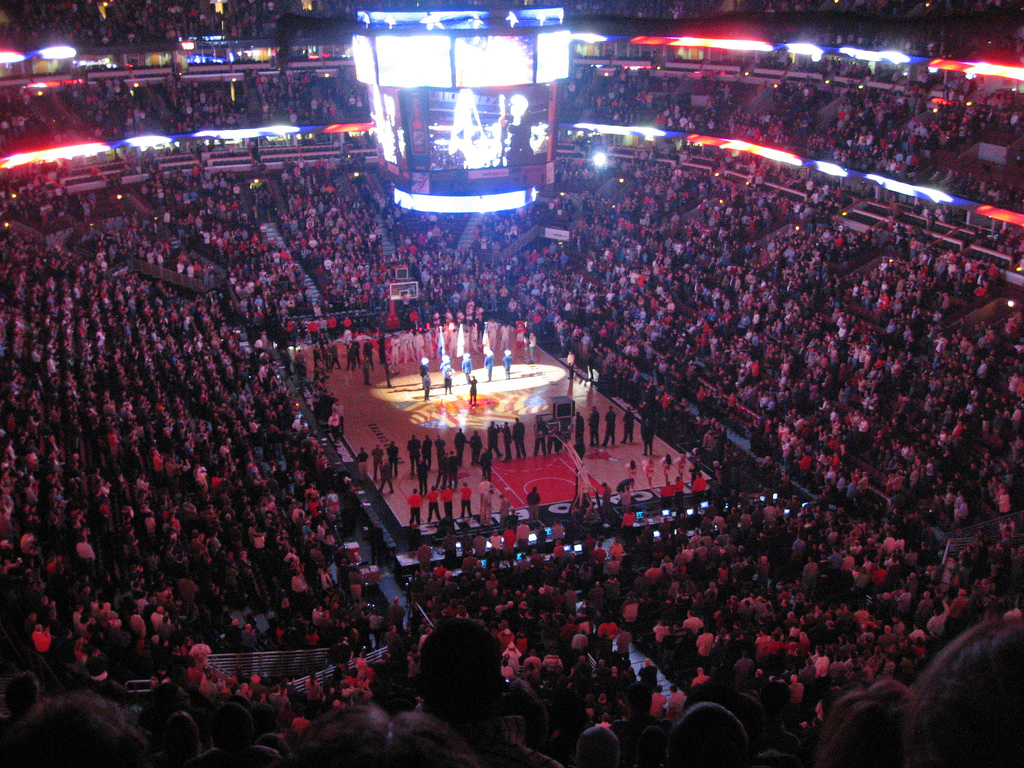 Fall is here, which for some means playing outside in the leaves, some go for a hike to see the foliage, and others to for new an innovative ways to ingest as much artificial pumpkin flavoring as humanely possible. For me, especially following a down year from the Chicago Cubs and what looks to be a disappointing season from the Chicago Bears, I'm psyched that NBA season is here and ready to roll!

It’s going to be a fun season - let’s see what we have to look forward to:

Derrick Rose
How could I start an “I’m excited for the NBA” - article without starting off with D-Rose? He struggled through the FIBA World Cup, sure. I watched every game and heard all the criticism. But that style of play was not suited toward Rose’s strengths. He looked rusty. But the last few games of the great preseason, he looked great. I mean sure,  I’m a homer, that's fair, but how can you say plays like this, this or this don't have you excited?

When Rose is right, he’s one of the most exciting players to ever streak down the lane. He’s like Russell Westbrook but without the amazing fashion sense.

The easiest thing to do in looking at Rose’s return is to doubt his health will last. It’s much easier to look at his last two seasons, shrug your shoulders and say, “Oh he’ll never be back,” or “He’s just going to get hurt again. He’ll never stay healthy.”

The right answer is neither that he'll be maimed by Week 3, nor will it be Rose at the peak of his powers, but as always, the truth will lie somewhere in between, with Rose settling in to a Top 15-20 player in the game. I don't get all the negativity around him though. Why root for someone to fail, just so you're right?

What else do we have?

The Return of Basketball Twitter
Combine a bunch of talented, unique writers, live television, a league full of characters and some late nights, and you've got "Basketball Twitter". People like @netw3rk, @bdetrick, @treykerby, @teamziller, and countless others all watch a ton of games throughout the year and every night seems weirder than the next. It's a fun community to read for sure.

Pau Gasol
Pau! You have to love Pau Gasol. We can save the story about how Gasol is a cartoonishly kind, insightful, and insanely positive human being and an aspiring doctor who just happens to play basketball for a living. He’s coming off a couple of lost seasons in Los Angeles without a real direction after Kobe Bryant’s legs went out, Dwight Howard came and went, and Mike D’Antoni opted for this team to use his offensive scheme instead of adapting to his roster (then resigning shortly thereafter).

Gasol represents an additional offensive threat both in the low post as a scorer, but anywhere on the court as one of the league’s great big-man passers. That creates some duplicity/flexibility that will give Noah some much needed rest as well as an option to play center alongside Taj Gibson, adding an offensive dynamic that Carlos Boozer* could no longer provide.

*First of all, count me among those who think Boozer got a bit of a bad rap in Chicago. He represented the failure of the front office to nab one of the top three or four free agents in 2010, then literally got off on the wrong foot broke his hand in a weird “luggage-related accident” before even playing a game. He was just never going to win over the fans. Plus, he caught a lot of flack for his defense in Chicago, which, while not great, wasn’t as terrible as its often referenced. Once Boozer stopped attacking the basket (only 47% of his shots were in the paint last year), his average jump shot turned him into a one-dimensional player on a team that needed an offensive spark plug without Rose. Anyway #RIPBoozer. Have fun yelling GIMME DAT in L.A.)

Anyway.. look at this!

Seriously, that’s why Vine was invented. Just pop some popcorn, have a soda and watch that on a loop for 18 hours straight. It’s great every time. So happy to have Pau Gasol.

Kobe
Kobe Bryant has gone insane and I love it. Either he is talking about rich people stuff with Arianna Huffington or just being the most intense human ever.

The Starters
Good day, sweet world! This podcast-turned-TV show features four passionate, knowledgeable and weird basketball fans who make following the game fun. You can listen daily at The Starters NBA page and I highly encourage you to give them a listen. It’s 100% the opposite of following THE NATIONAL FOOTBALL LEAGUE, because analysts of the NFL take themselves too seriously. It can be fun to follow sports.

NBATV
I catch a lot of flak from the missus at the Fuller Estates for subscribing to NBATV since it ain’t cheap, but what’s better than flipping on the tube on a Tuesday at, like, 11pm to flip on a Cavs- Blazers game? Oh, lots of things? Yeah, but still.

Zach Lowe’s Tuesday Columns
Every Tuesday morning, Grantland runs Zach Lowe’s weekly column. I bookmark said column. Then I go home after work, fire up the tablet, and spend the next 25 minutes reading the 5,000+ word dissection of whether or not Eric Bledsoe should get a maximum extension, Detroit’s frontcourt rotation, or whatever minutiae Lowe dissects with a matter-of-fact voice that you can tell comes from someone who truly loves the NBA. Great read, every week.

Joakim Noah
Like a lot of people, I did a complete 180 on Joakim Noah’s career. He started as an annoyance, built his reputation on hard work and smart play, and even though he still has the league’s ugliest jump shot, he’s become a beloved Bull for his fiery attitude and ability to get under the other team’s skin. Plus, he did this. <3 you, Noah.

Dougy McBuckets
Sure, defense may be a work in progress, but Mr. McDermott is set up with some rock solid facts that

There was a reason the Bulls traded two (middle) first round picks to get this guy. The Gar Forman/John Paxson braintrust sees McDermott as an offensive weapon that opposing defenses are going to have to pay attention to throughout the season. Plus, did I say the guy can shoot?

The Bulls’ Depth
The Bulls' offseason was built around surrounding their former MVP with an actual offense. They finally did it!

What the Bulls have accomplished in cashing in their assets is essentially building a deep team with two superstars (Derrick Rose, Joakim Noah), one guy borderline All-Star (Pau Gasol) and then a bunch of dudes who can sling it from beyond the arc and/or play strong defense.

What the Bulls needed when Derrick Rose was healthy was some additional firepower to contend for a title. In bringing in offensive-minded players in Doug McDermott, Gasol and Mirotic to go along with the backbone of Noah and Gibson, the Bulls are a complete team ready to get that 'ship.

If that *if* is answered in the affirmative, if Rose can come back and be That Dude (and he’s lookin’ good, folks), the rest of the league needs to look out.