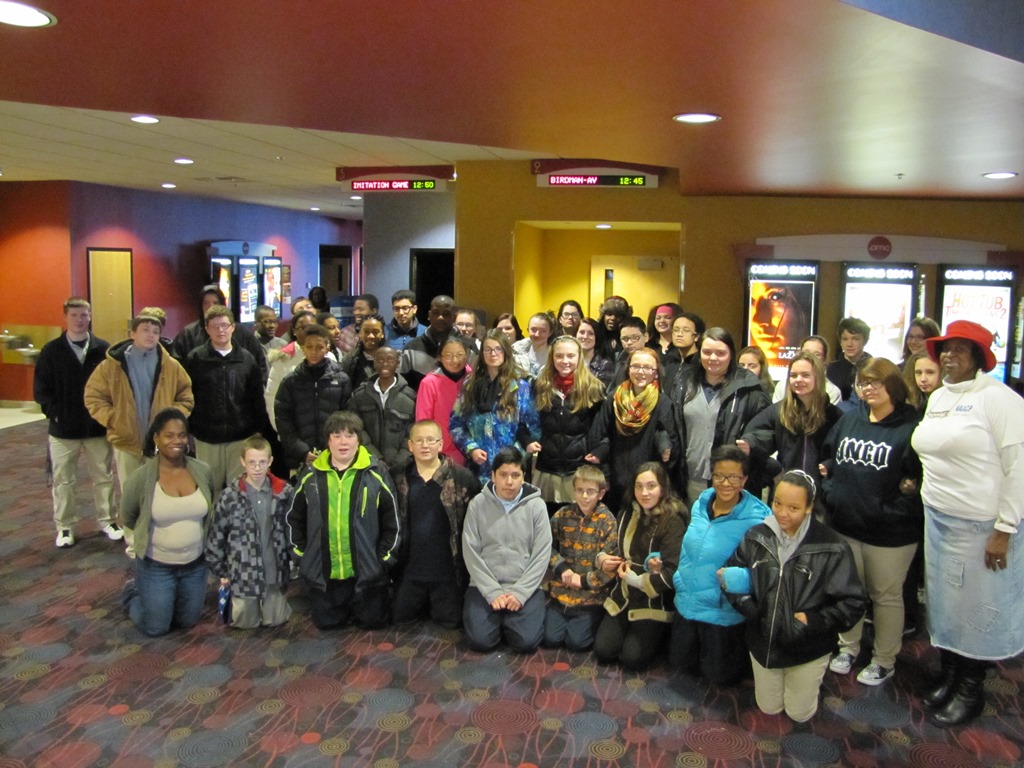 Close to 100 students from Barker and Krueger Middle Schools attended a viewing of the movie "Selma" on February 4, thanks to the NAACP of LaPorte County.

Selma is a historical drama based on the 1965 Selma to Montgomery voting rights marches. It chronicles several important events and in the civil rights movement.

Students attending the film were selected from both Barker and Krueger Middle School, based on behavior and academic performance. Both schools received funding for 50 students and chaperones. Before the movie, NAACP President Faye Moore spoke to the group about the history and importance of organizations such as the NAACP. La'Tonya Troutman discussed the significance of voting.

"The students and volunteers really enjoyed the movie," said Troutman afterward. "It had a powerful impact, and I saw some students crying during scenes that powerfully depicted aspects of the civil rights struggle."

Troutman added that when she asked how many students learned something, every hand raised.

Close to 200 Michigan City High School students also saw Selma on Martin Luther King, Jr. Day in January, thanks to funding from the Michigan City Human Rights Commission and the Committee on the Social Status of African American Males.