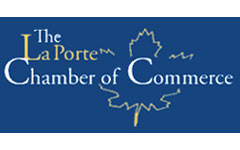 An interactive, Mystery Dinner Theatre presentation, "The Last Will and Testament of a Millionaire" will be presented at the Cafe L'Amour, 701 Lincolnway in La Porte, on August 31 and September 7. Action will commence with the doors opening at 6:30, and reservations are highly suggested. This event features a fine dinner buffet by Spire Catering, as well as performances by professional actors of the Etropal Theatre and a cash bar.

The Buffet Dinner will be served at 7 pm, and no one will be seated after serving. At 8 pm the official reading of the will of JOHN BERESFORD TIPTON will be held. Tipton's love of the game of chess inspired him to give away fortunes and then observe the results of his intervention, (be it good or bad). He dispensed his money with but one stipulation: that no attempt be made to find out who their benefactor was, or the remaining money would be forfeited. Attendees may find that they have inherited something from the vast estate and interact with the actors for a fun filled, mysterious dinner party.

Many years ago there was a long running television show based on the hobby of the man who actually gave away large sums of money to total strangers. The total was over 70 million dollars. The show was based on the late Mr. Tipton, but he was never seen on the actual television show. There was a reason for that. The actual Mr. Tipton (who has recently passed at the age of 92) liked to visit small towns like La Porte, (but always in disguise) and meet average people who might be the next recipient of his benevolence. For more information on the Etropal Theatre, registration and pricing, contact (219) 218-9939.