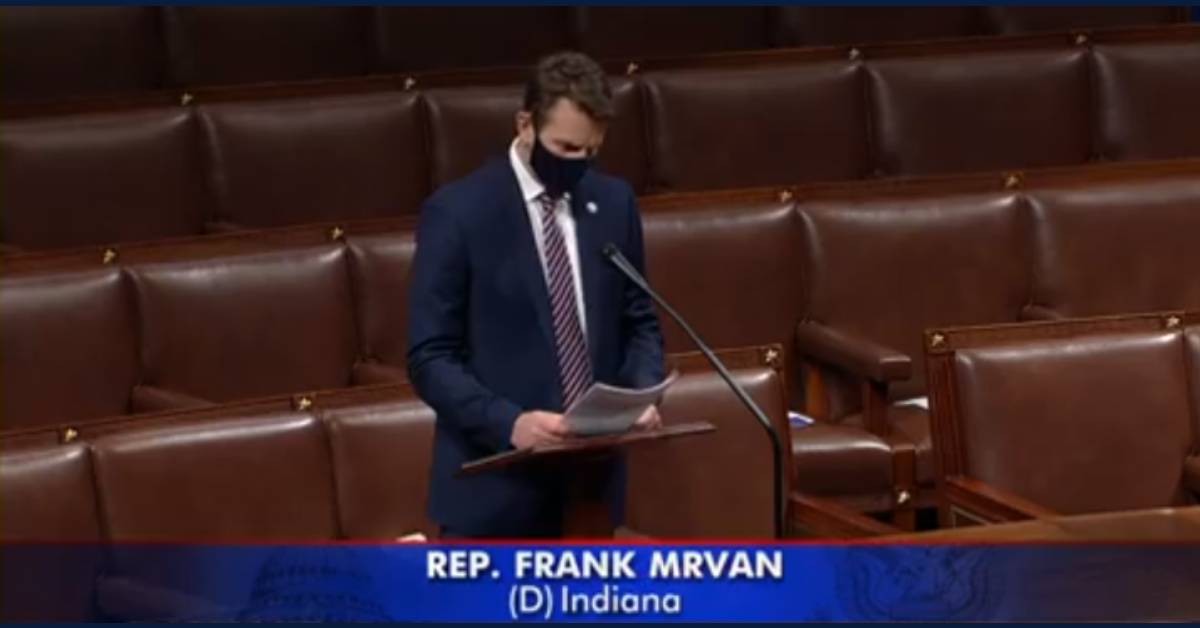 Today, Congressman Frank J. Mrvan read his Black History Month statement into the Congressional Record on the floor of the U.S. House of Representatives.

Madam Speaker, it is with great respect and sincere admiration that I rise today to celebrate Black History Month and its 2021 theme – The Black Family: Representation, Identity, and Diversity.  This year’s theme reflects on the unwavering resilience of the Black family as a nurturing and loving foundation for Black excellence, even as it continues to face systemic racism and significant disparities in our society.  The Black family has positively impacted our nation throughout its history, and it is important to acknowledge and affirm that Black history is American history.

Today, I would like to take a moment to honor a Black family that has played an instrumental role in public service in Indiana, and that is the family of former State Senator Earline Rogers and Earline’s late husband, Louis Charles “Chuck” Rogers.  Chuck and Earline married in 1955 and had two children, Keith and Dara, as well as many grandchildren and great grandchildren.  From working selflessly as a public-school teacher to Earline’s decades of service in the Indiana General Assembly, and Chuck having been a dedicated firefighter and first responder, the Rogers family is an exemplary pillar of the Northwest Indiana community.

In her pursuit for education, Earline graduated with honors and as senior class president from Roosevelt High School, and later went on to earn both a Bachelor and Master of Science in Education from Indiana University.  After earning her degrees, Earline’s early career included teaching in Gary Community School Corporation and being an active member in the American Federation of Teachers, which subsequently encouraged her to run for office.  Earline went on to serve in numerous roles during her time in public service, and was one of Indiana’s most accomplished and effective legislators, working with all her colleagues, including my father, State Senator Frank Mrvan, in a bipartisan fashion to improve the lives of all Hoosiers.

One of her many accomplishments is her legislation to address child exploitation.  A decade ago, Indiana had the second highest rate of girls being sexually assaulted in grades 9-12, with Black and Latino students among the most vulnerable.  These devastating statistics prompted Senator Rogers – along with my father and countless other advocates – to champion Heather’s Law, which requires the Indiana Department of Education to develop programs for Indiana schools to better educate students about predators and sexual abuse.

I am especially proud to note that, when I was first beginning my career in public service, I had the opportunity to intern for Earline in the Indiana General Assembly.  I am proud to call Earline one of my mentors.  As a legislator in the U.S. House of Representatives, I will continue to strive to be as dedicated as Earline in improving economic opportunity and prosperity for all residents of Northwest Indiana.

I would also like to honor Chuck, who recently passed away on December 7, 2020.  He will be remembered as a loving father, a supportive husband, and a great public servant.  Chuck attended East Saint Louis High School in Illinois and went on to graduate from Indiana University.  After school, Chuck held several esteemed positions, including as a member in the U.S. Army, a high-school sports coach, and a high-school educator of Black studies.  Chuck was also a dedicated firefighter as he eventually earned the title of Fire Battalion Chief of the Gary Fire Department, where he served for forty years.  Chuck also served as a precinct committeeman of Indiana’s Third State District, where he played an essential role in Earline’s career as State Senator.

As we recognize and celebrate the contributions of the Rogers and others, we must also acknowledge and address the structural factors that continue to create challenges for the Black family.  In the last year, the COVID-19 public-health emergency – and the tragic killings of George Floyd, Breonna Taylor, and so many others – have exposed these inequities.  Regarding the pandemic, I would note that, regrettably, minorities account for more than 50 percent of all hospitalizations and deaths from COVID-19 in the United States.  We must remedy the early governmental failures to distribute COVID-19 vaccines in an equitable manner to the communities that have suffered the most.

Madam Speaker, as we celebrate Black History Month, let us recognize the indelible contributions of Black families to the strength of our communities, as well as recommit ourselves to fighting the pernicious influence of systemic racism and ameliorating the ongoing harms experienced by too many Black families in our society.