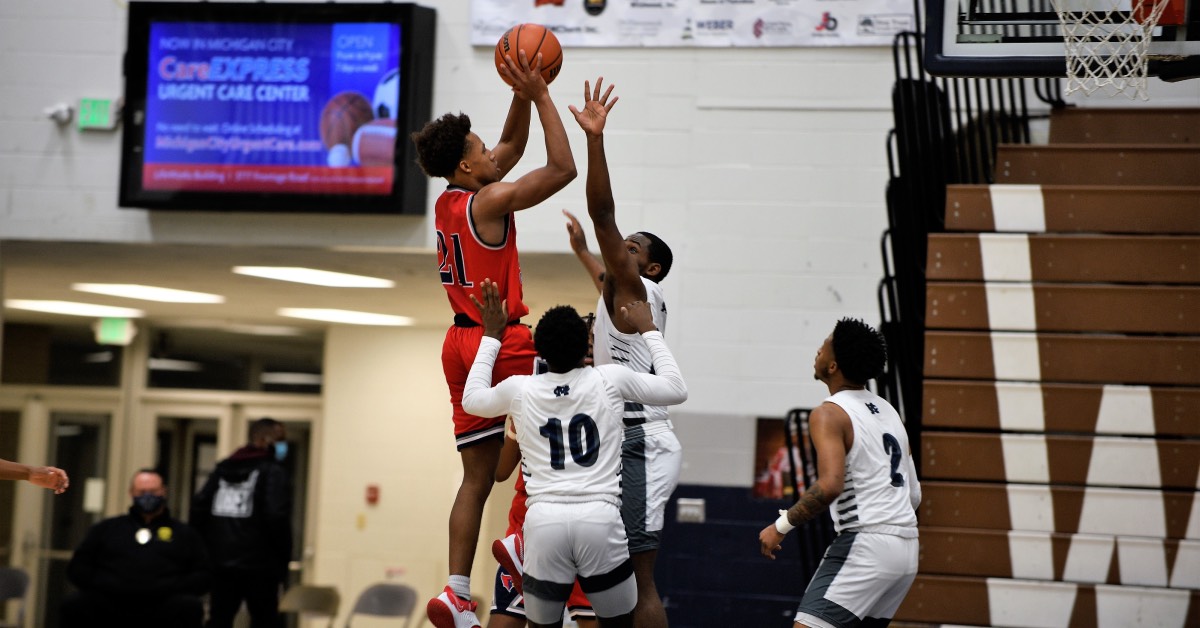 The Michigan City Wolves hosted the East Chicago Central Cardinals in a non-conference Mens’ Basketball Game on home court. It was fast and intense from the start with much of the game played in the air. While it was the Cardinals who won the tip off, the Wolves took the early lead ending the first quarter with the Wolves up 21 to the Cardinals 11.

Early in the second quarter, the Cardinals began to narrow the gap, but it was the Wolves who came ahead at halftime with a score of Wolves 46 toCardinals 32. The pace never let up with the constant pressure from both sides.

The third quarter left the Wolves up 64 to the Cardinals 48. In the end the Wolves were victorious with a final score of 89 to 63.

Top scorers for the Wolves were Junior Jamie Hodges with 21 points, Tahari Watson with 16 points, Lavonte Pointer with 12 points, Omarion Hatch with 11 points, and Warren Sails with 10 points.

Top scorers for the Cardinals were James Morgan with 18 points, Ozzie Cooley with 13 points, Lonzell French with 12 points, and Keontay Andrews with 11 points.

The Wolves will next take on the Penn Kingsmen on December 19 in an away game, while the Cardinalswill host the Bowman Academy Eagles on January 12.