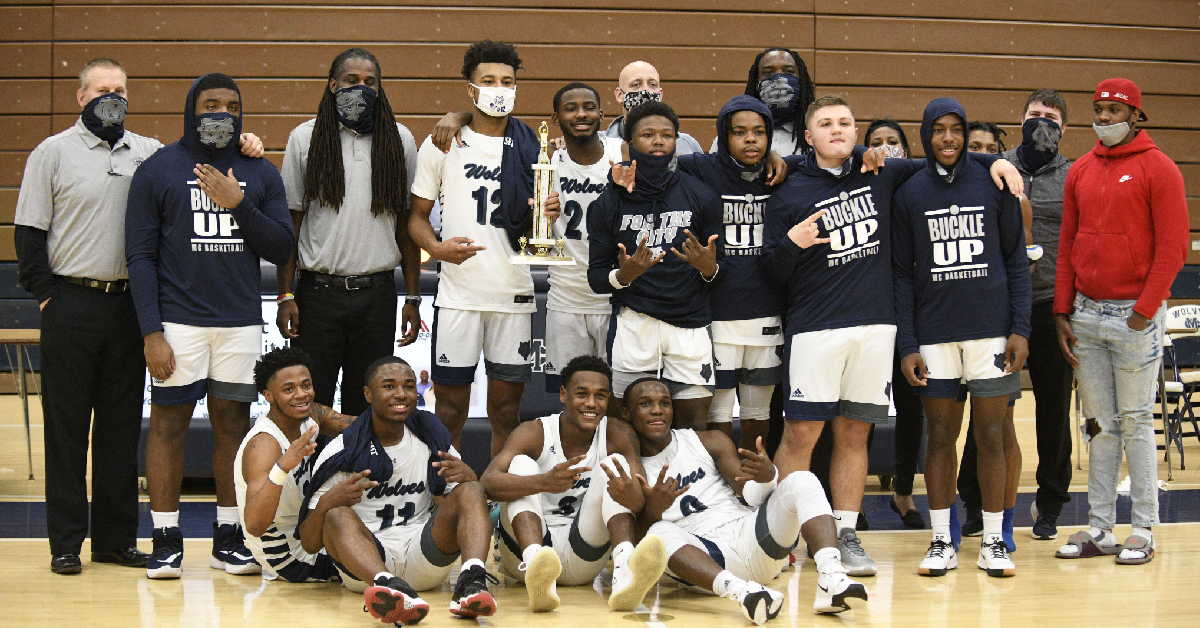 It was a game of speed and endurance when the  Michigan CIty Wolves took on the New Prairie Cougars for the 2020 La Porte County Holiday Men’s Basketball Tournament Championship playoff . The Wolves won the tip off and from there the baskets traded back and forth. When the Wolves Evan Bush had two consecutive steals followed by slam dunks the fans went wild. Not too long after the Cougars Brayden Flagg answered with one of his own. The energy only increased from there.  At the end of the first quarter both teams were tied with 16 points each.

With 2:20 left in the second quarter, the Wolves were leading with 31 points to the Cougars 28 points. The game remained fast and furious. At the conclusion of the first half the Wolves were just ahead by 2 points with a score of 34 points and the Cougars with 32 points.

Third quarter, the action did not let up with the quarter ending in the Wolves with 48 points and the Cougars with 42 points.

With 4:02 left in the game the score was tied 53 points each. With just 10.4 seconds left in the game a time out was called. The Wolves were up by just a few points at 67 points and the Cougars 63 points. The Wolves Jaime Hodges was sent to the free throw line where he sunk two more baskets for a final game score of Wolves 69 points, Cougars 63 points.