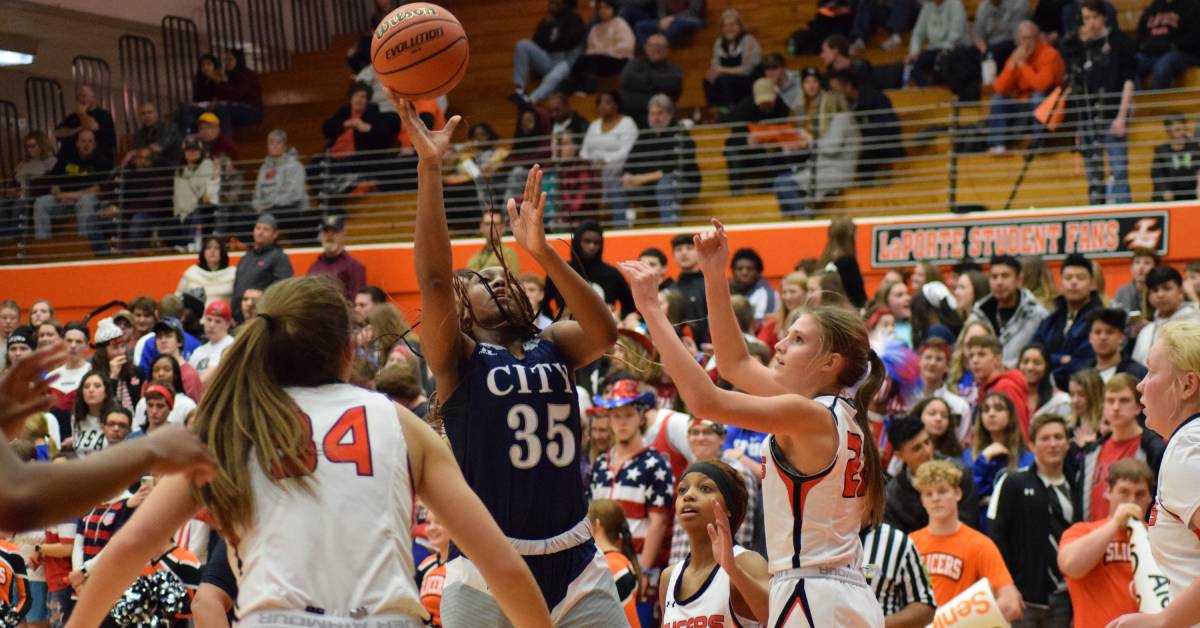 The Michigan City High School (MCHS) vs La Porte High School (LPHS) rivalry has been going on for decades as both teams bring everything they have and more to the court.

The girls basketball teams played first as their corresponding boys teams sat by as their school’s loudest cheerleaders. Once the boys took over the court, the girls teams offered the same support. It was nothing but love and respect between the boys and girls players.

LPHS senior, Micah Spatt, was pumped to be able to make the rivalry game even better with a doubleheader. Feeling Confident going into his own rivalry game, he was excited to be there to see what the girls could do.

Nyla Asad, also a senior at LPHS was equally as stoked to be able to share this rivalry game with the boys. After a fantastic game herself, she had all of the confidence in the La Porte boys to come out and do the same.

“It feels great having all of the support, we knew today was a big game so we knew a lot of people were going to come out and support and it’s awesome having the boys here,” Asad said. “We had a great game and we’re hoping the boys do as well.”

Dez’Mand Hawkins, a senior at MCHS says the Michigan City boys and girls basketball teams have become close friends in supporting each other at their games, making this doubleheader no different than the rest.

MCHS junior, Kiara Harvey, was happy to receive the added support from her fellow student-athletes.

“It feels very, very good to have the boys come out and support us tonight, we’re grateful to have a boys team that wants to come to our games, and us go out to theirs,” Harvey said. “The best part is that this game is close so everyone can come out to support us and it feels good to support my team.”