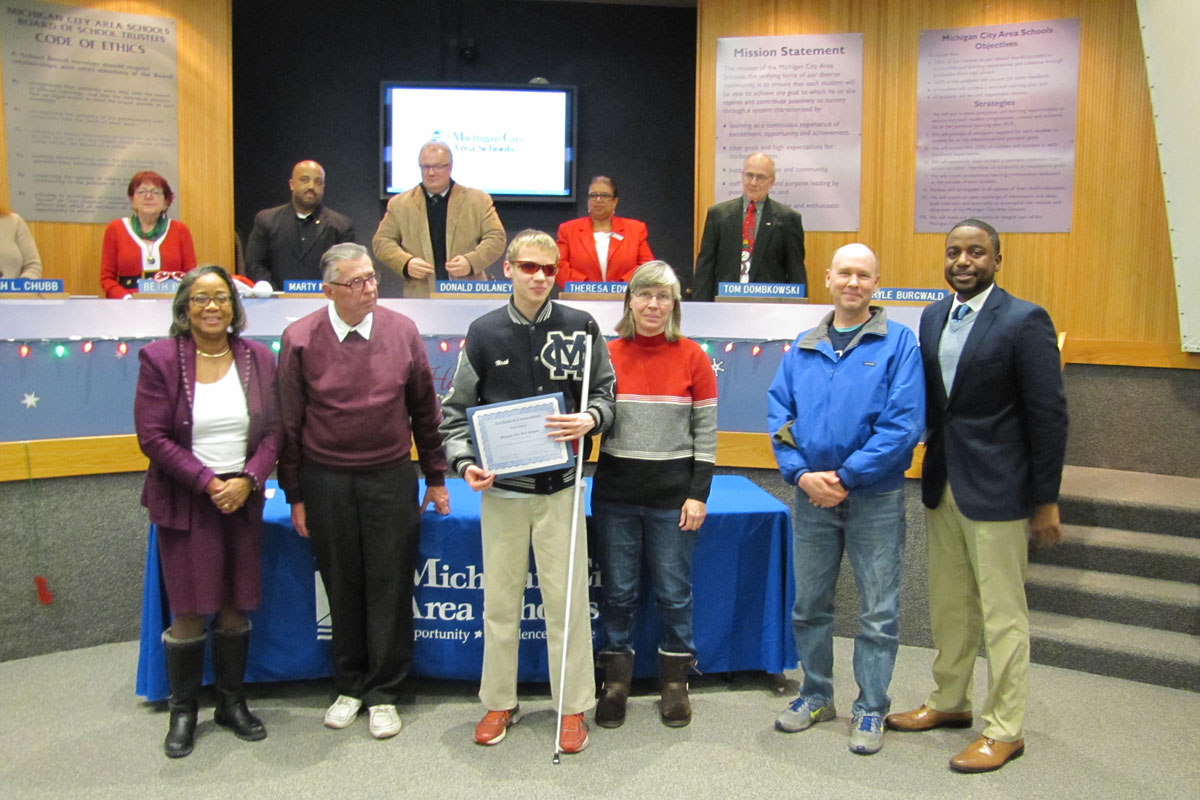 Scherf, who has a visual impairment, is a multi-sport athlete for the Wolves, competing in Boys Swimming, Track and Cross Country. He is an honor student at Michigan City High School, and is a member of the National Honor Society and Foreign Language Honor Society.

A top finisher in Cross Country for the Wolves this season, he helped the team advance to Semi State. He was recently named to Indiana’s Academic All-State Cross Country Team, and he was also All-Sectional and All-Regional in Cross Country this fall.

In October, MCHS received notification from the United States Olympic Committee that Scherf had been named a 2016 U.S. Paralympic High School Track and Field All-American in the 1500 meter and 5000 meter events.

He has won a number of gold medals at the National Junior Disability Championships in both swimming and track, placing third in the 1500 meters at the U.S. Paralympic finals.