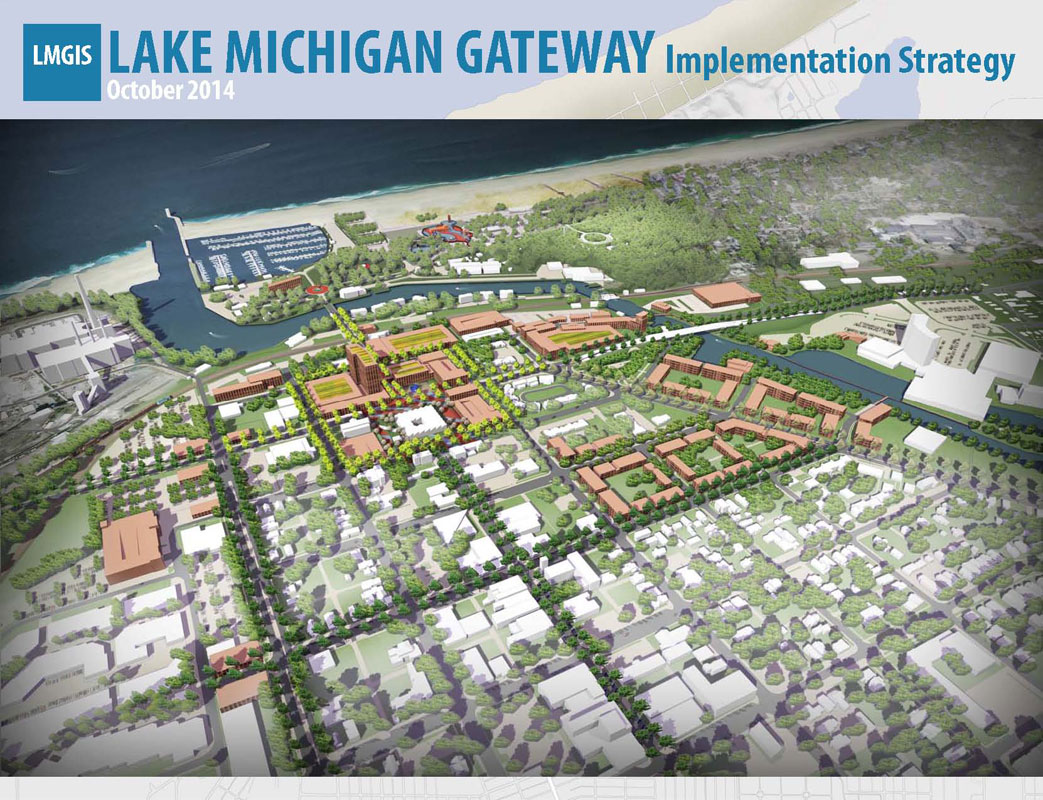 The City of Michigan City and Hitchcock Design Group are very proud to announce a 2015 Hoosier Planning Award for the Lake Michigan Gateway Implementation Strategy (LMGIS) in the category of Outstanding Plan. The LMGIS was chosen from 7 other community planning documents and received Honorable Mention for Outstanding Plan which is among the highest planning awards in the State of Indiana. The awards are granted annually and recipients are chosen from submittals from communities for planning projects that were completed in 2014. City representatives will accept the award at the Indiana Chapter of the American Planning Association’s Spring Development Conference on March 27, 2015 at Ball State University in Muncie, Indiana.

The Michigan City team comprised of the City Administration and staff, Planning Department, Redevelopment Commission, and representatives from several neighborhood groups and community agencies and organizations worked diligently with the consulting team led by Hitchcock Design Group through a 14-month process that produced this guiding document for Michigan City.

“The award winning Lake Michigan Gateway Implementation Strategy is a great achievement for the City of Michigan City,” said Mayor Ron Meer upon hearing the news. “The action plan will be implemented over the next 3-5 years and is viewed as playbook for the Michigan City comeback story,” he said.

City Planning Director Craig Phillips said on Monday that the first projects outlined in the strategy are already underway including the Wabash Green Infrastructure project for which the city has received significant grant monies from the Lake Michigan Coastal Program and that the city anticipates another award of additional grant funds from the EPA. Phillips said that the City is in the process of negotiating the engineering services for the downtown 2 way street conversion of Pine, Washington, and 9th Streets which is set to break ground the end of this summer. Construction has also begun on the Artspace Uptown Artists Lofts in the Historic Warren Building, the new pavilion project in Washington Park and the Franklin Street Streetcape project which made significant decorative lighting and street furniture upgrades on Main Street. Phillips added, the goal of this strategy is to transform Michigan City over the next 3-5 years. Residents are already commenting on the progress they are seeing.

The Lake Michigan Gateway Implementation Strategy is a 3-5 year action agenda which identifies public improvement projects that will attract additional private investment to Michigan City. The strategy identifies a set of priority projects for the next two years totaling 23 Million Dollars including capital improvements, infrastructure upgrades, and substantial aesthetic enhancements the to the downtown and lakefront areas.