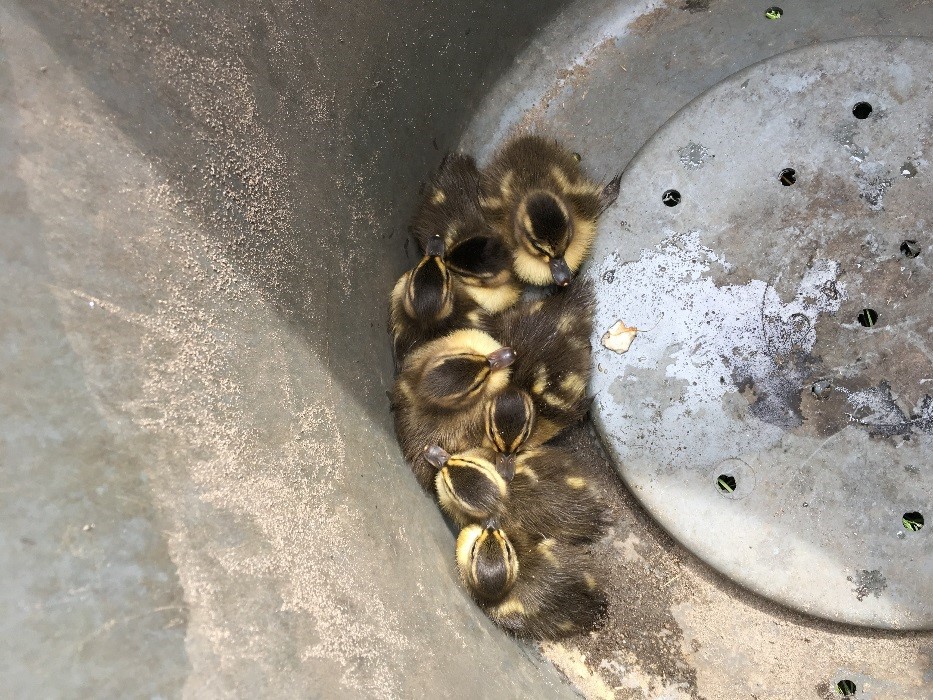 Officer Scott Combs is our Newest DUCK HERO! While on patrol today he was waved down by some citizens by Arby’s on Highway 20. Upon stopping he was notified of at least nine baby ducks getting swept into the sewer drain. Officer Combs quick thinking saw D&M Excavating working nearby and went to ask them if they could assist. Using their wrenches and a fish net they were able to rescue two of the baby ducks and could not coax out the others.

Michigan City Sanitation arrived to assist and with their help they tried to coax out the babies using some bread. Unable to entice them out they decided to fill up the drain with water and were able to get them to float out into a garbage can. The ducks were then relocated to an area behind Arby’s where the mother was waiting. All nine ducks were then reunited with their mom! 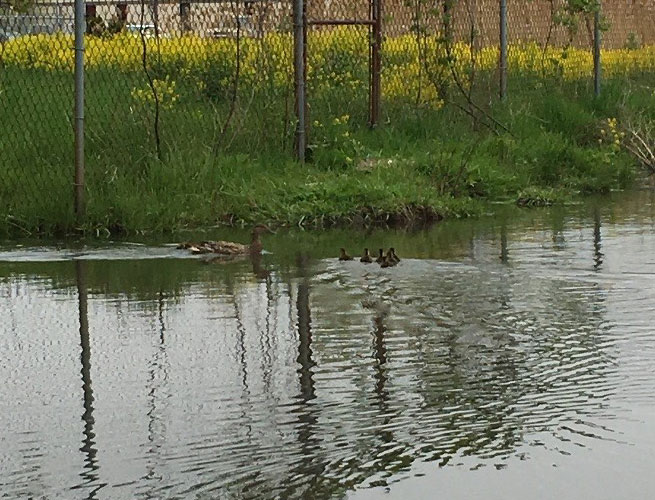 Officer Brett Darrell stopped to check on Officer Combs and ironically enough reported that five years ago on today’s date, he and Officer Kennedy rescued seven baby ducks from the same drain.