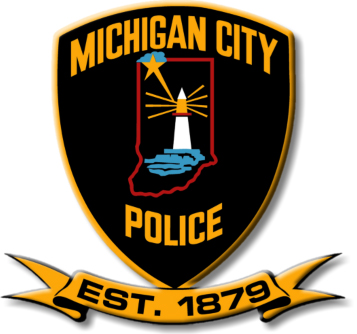 The Michigan City Police Department is joining about 220 law-enforcement agencies across Indiana and thousands nationwide in the Drive Sober or Get Pulled Over campaign.

From mid-August through the Labor Day Weekend, police will be out in full force, arresting impaired drivers by aggressively targeting those who put lives in danger. Expect to see increased sobriety checkpoints, roving patrols and saturation patrols.

“If you drive impaired, our officers are trained to spot you and take you to jail. Drive Sober or Get Pulled Over means zero tolerance,” said local law enforcement leaders. “These enforcement efforts save the lives of impaired drivers, their passengers and others out on the road.”

In every state and the District of Columbia, it is illegal to drive with a blood alcohol concentration of .08 or higher. In Indiana, drivers under 21 with a BAC of .02 or higher are subject to fines and a license suspension for up to 1 year.

A DUI arrest means going to jail and losing your driver’s license. The average DUI cost? About $10,000, including car towing and repairs, attorney fees, fines, court costs, lost time at work and other hefty expenses.

Indiana law-enforcement agencies have participated in the annual Drive Sober or Get Pulled Over enforcement campaign for more than 20 years. Overtime patrols are supported with federal highway safety funds administered by the Indiana Criminal Justice Institute. For more information, visit http://one.nhtsa.gov/drivesober.

Tips for a safe and fun season
The annual Drive Sober or Get Pulled Over enforcement campaign includes the Labor Day weekend, with thousands upon thousands of Hoosier families taking to their cars for end-of-summer barbecues, football games, lakes and pool parties. Sadly, it is also one of the deadliest times of year for impaired-driving deaths.

With all of today’s options for getting home safely, there’s no excuse for getting behind the wheel impaired as it endangers you and everyone else around you. Law enforcement recommends these safe alternatives to impaired driving:

Ride Sober or Get Pulled Over
Motorcyclists have the reputation for being tough, but no one is tough enough to withstand the effects of impaired riding. Motorcycles make up about 3 percent of registered vehicles, but are dramatically overrepresented in fatal crashes involving alcohol. The more that bikers drink, the less likely they are to wear their helmets.

The U.S. Department of Transportation has released a new “Man in the Mirror” video with a biker judging whether he is sober enough to ride: https://youtu.be/V--qw9N00KM.