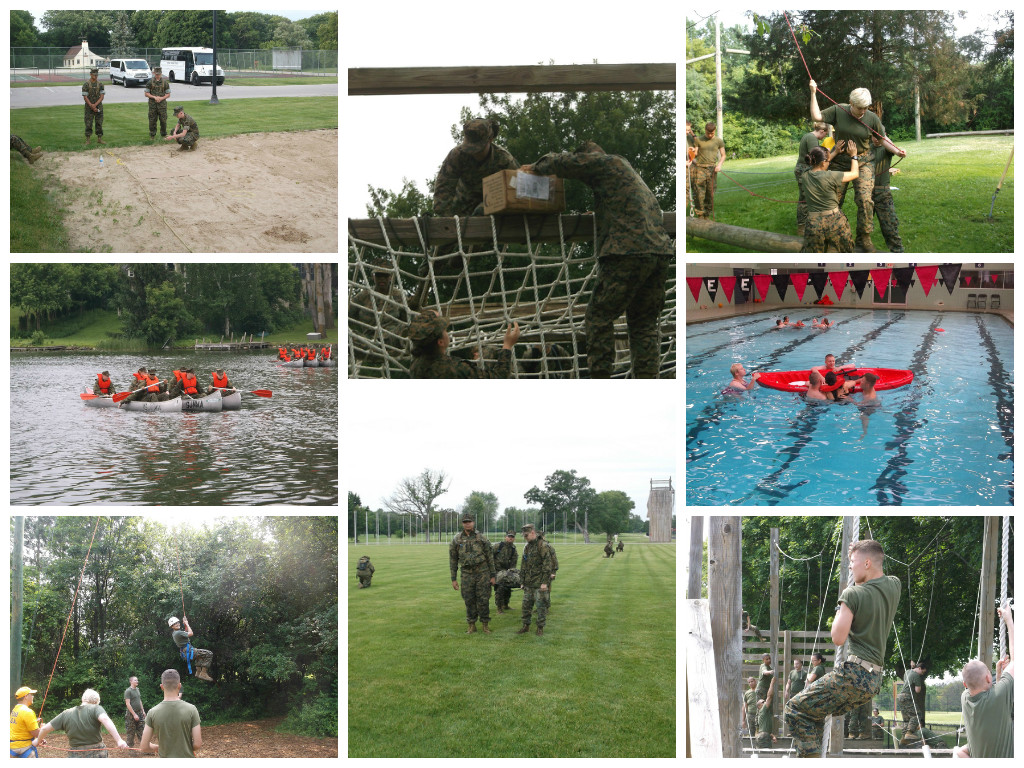 Cadets from the Michigan City High School (MCHS) Marine Corps Junior Reserve Officer Training Corps (MCJROTC) participated in a week-long leadership camp at the St. Johns Northwestern Military Academy (SJNMA) in Delafield, Wisconsin. Also participating in the camp were cadets from Portage, South Bend Riley, and Romeoville, Illinois High Schools. The camp’s training schedule was developed and implemented by MCHS MCJROTC instructors Major Tom McGrath and Master Sergeant Jeff Benak, with assistance from instructors from the other participating schools. The camp was conducted at no cost to Michigan City Area Schools (MCAS) or the cadets. It was funded by the U.S. Marine Corps with augmentation from the Michigan City chapter of the Marine Corps League and the Guardian Riders veterans groups.

“The objective of the camp was to provide leadership challenges to the cadets, where they had to develop their own plan to solve a problem or accomplish a mission,” said Major McGrath. Previous camps had been conducted at Boy Scout camps, where cadets had done outdoor adventure training. “We did some of those activities during the week, and then incorporated the skills the cadets learned and applied them to four leadership scenarios on the last day of training, which was the capstone day of the week,” McGrath continued.

Master Sergeant Benak, who established the land navigation course at a state park near

SJNMA, stated that the hard work that went into preparing for and then running the camp resulted in positive benefits to the cadets. “It was mentally and physically challenging for us as instructors to put this thing together on top of all of the other commitments and responsibilities we have. But to see the progress that these cadets made throughout the week, it really made the work worth it.”

The cadets will be busy throughout the summer, doing voluntary drill team practice, supporting community events and participating in parades and ceremonies. Among those events are the Michigan City Summer Festival parade on June 27th, the Independence Day parade on July 4th in Laporte, and the Grand Prix boat races at Washington Park at the end of July. Major McGrath will also be taking eight MCHS cadets along with 40 cadets from seven other schools to a Science, Technology, Engineering and Mathematics (STEM) camp July 5-14 at The Citadel (the Military College of South Carolina). That camp is also completely funded by the Marine Corps. Cadets will return from that camp prepared to compete in Cyber Patriot, the national computer security competition for high school students. Michigan City was the runner-up in Indiana last year. The cadets will complete their summer community service by helping MCAS prepare for the Back-To-School Rally on August 13th.