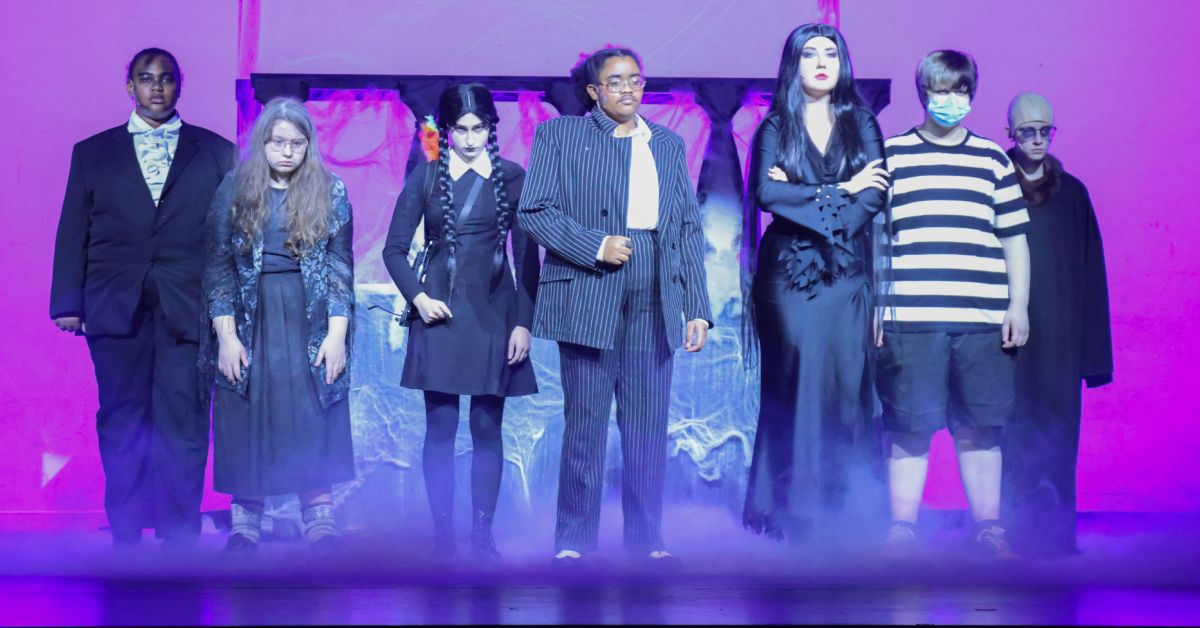 “They just really fell in love with this musical, and to be honest, after casting everyone and doing everything, I can’t imagine having done anything else. I think they’re the perfect cast,” said Gresham.

The show’s cast was an incredibly diverse set of kids. Some were seniors and some were freshmen. Some of the kids had grown up doing theater, and for others, this was their first time performing. It was special to see so many kinds of kids come together and grow to put on such a talented show.

“We have freshmen through seniors; about half of the cast are freshmen and about a third of the kids have actually never done theater before, so that was a really exciting thing this year.  All the kids have grown so much. I don’t think we have a single cast member who hasn’t come out of their comfort zone and grown from it,” said Gresham.

Many of the kids agreed that the best part of the show was falling in love with their unique characters and finding interesting ways to bring them to life.

“I feel like this is the first time I’ve really been able to come into my role a bit more--it’s not just the same comedic relief role I’m used to playing. I still make the character my own and make her funny, but I think this might just be my favorite role that I’ve ever done,” said Kayla Campbell, a senior playing Alice.

Others loved just how fun and wild putting on the show was.

“I love the craziness of it--even if I have to do awkward things like dance face to face with someone, it’s fine because it’s supposed to be funny and awkward. Even if we mess up people will laugh,” said Ashley Sparks, a junior playing Morticia.

Putting on the musical wasn’t without its challenges--Habriah McFerson, the student director, explained how they got the music a month late and that they had to build all the sets and gather the props quickly. However, the prior challenges just made the show’s success that much sweeter. The audience rolled with laughter throughout the entire show and both Friday and Saturday’s shows were near full houses.

“It’s nice when people come out and support us high schoolers--we put a lot of time into this, and it feels good to see it pay off. The crowd’s reactions have been amazing so far, and I’m excited about today’s show,” said McFerson.

Overall, all the kids were grateful and proud to be part of something so special. Because it was their last "Addams Family" performance together, it was a bit emotional, especially for the seniors, but there was no doubt in any of their minds that they’ve all grown incredibly close, and that they’ll carry the memories they’ve made throughout the rest of their lives.

“I just really love the progress we’ve made together, and I’ve loved helping everyone and making sure they feel comfortable and reassuring them that they got this. Even though we’ve only had a short time to come together and pull this off, we did it, and I’m proud,” said Campbell.