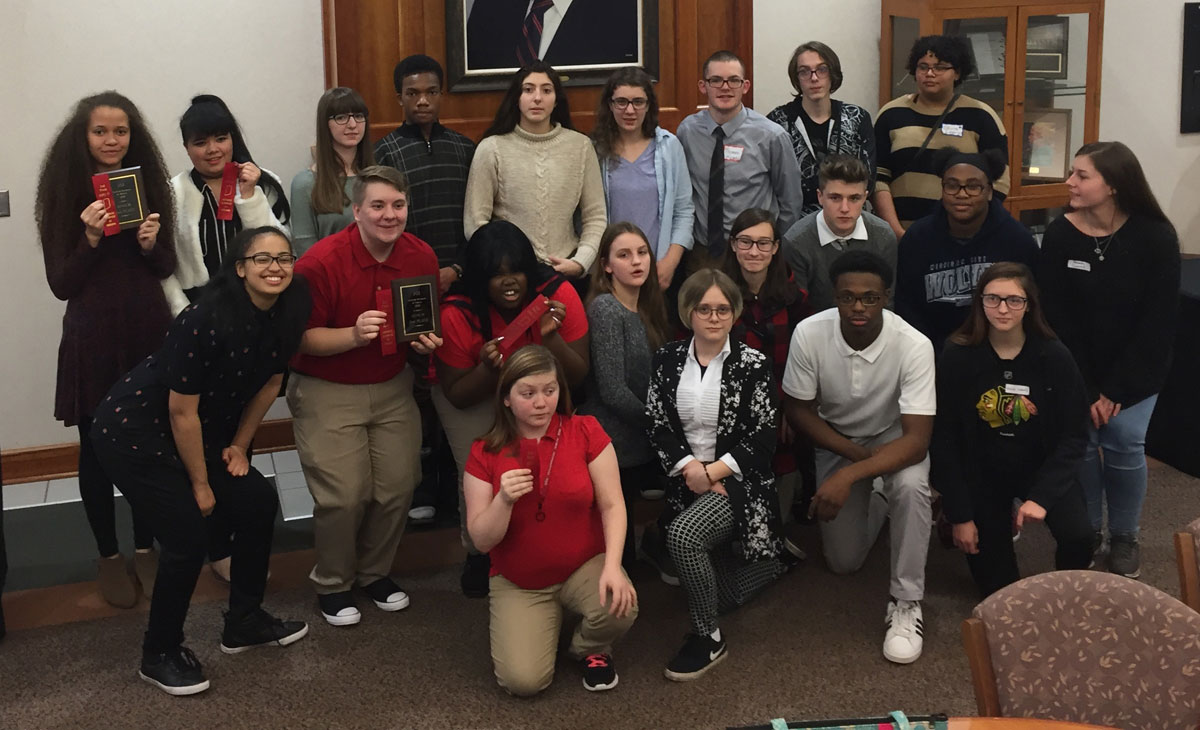 Students from Michigan City High School showcased their Japanese language skills and knowledge at the recent Japanese Olympiad of Indiana, with all teams finishing among the top five in the State.

The Olympiad featured separate competitions for Level 2, 3, and 4 students, depending on how many years of Japanese students have studied. They competed in a playoff against other schools at the same level, with only the top three scoring teams advancing to the final. The competition was judged by Japanese professors, all of whom who are native speakers, from IU, IUPUI, Ball State, Purdue, DePauw, and Earlham College.

At level 4, veteran Michigan City team members Angel Darschewski and Brien Rissman and rookie D’Ayja Flowers finished second in Indiana. In the playoffs they tied with a second City team comprised of Sydney Kohn, Liz LaFollette, and Lauren Werner. “Only one team from any school could advance to the finals,” said MCHS Japanese teacher Mike Tsugawa. “It was near-heartbreaking to watch these six good friends and classmates face off against each other.” Kohn, LaFollette, and Werner supported the winning team in the final round and finished the competition in fourth place. 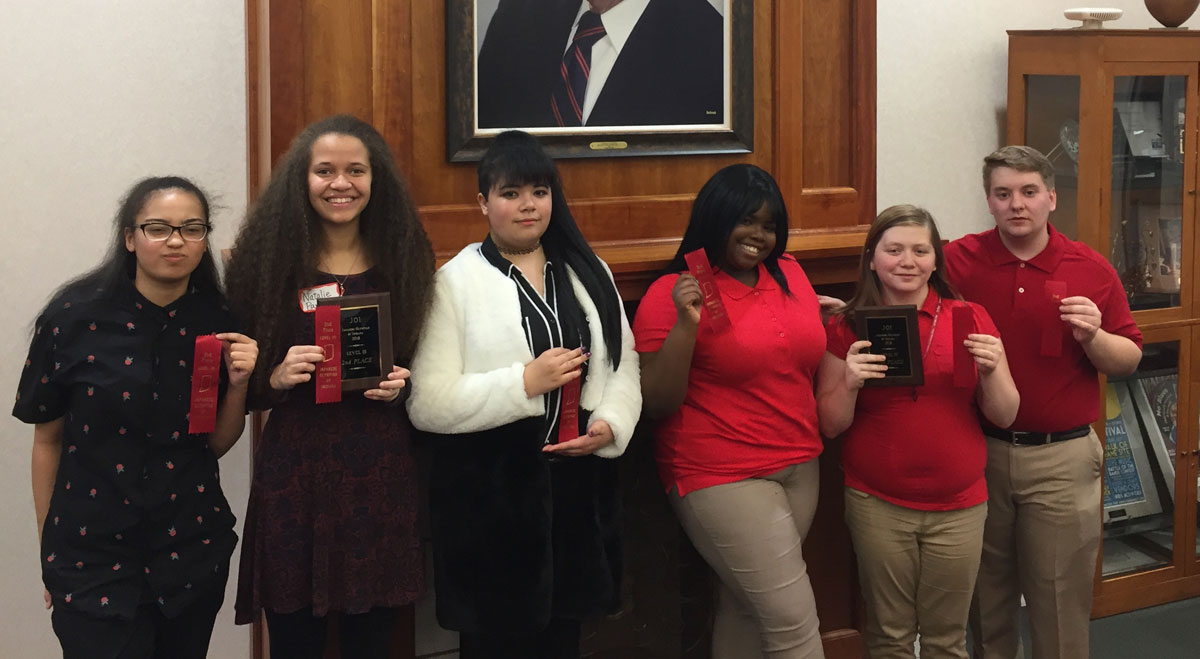 At Level 2, the hardest level to break through since it has the biggest field, City’s two teams (Parker Gouge, Olivia Leary, and Megan Steinhiser and Trinity Clayton, Robert Lemon, and Myon McGee) tied in the playoffs and finished fifth in Indiana.

Despite being unable to compete this year (there is no Level 1 competition) a pair of Level 1 students made the trip, to gain experience for next year: Mia Taylor and Halie Lewis. Additionally, Amanda Sparks made the journey as well, with an eye to competing next year at Level 4.

During the competition, competitors and spectators learned about various aspects of Japanese culture, including kamikiri, a form of storytelling combined with traditional paper-cutting.

“I’m proud of all our competitors and finalists, and want to encourage all Wolves, regardless of their sport or skill, to take pride in what they do,” said Tsugawa. “When we work hard for our goals, we are as good as any students in the state!”