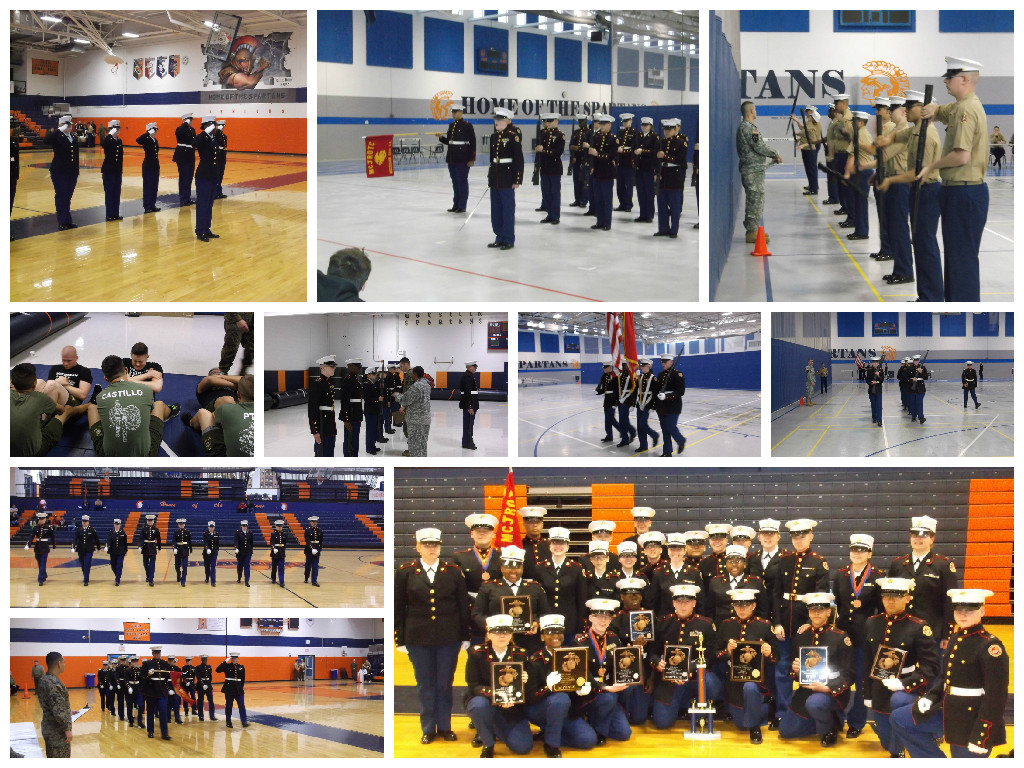 “This was a great win for us, particularly for our seniors,” said Marine Instructor Master Sergeant Jeff Benak. “Since our last drill meet is scheduled during our Spring Break, most of the seniors will not participate. This was a great way for them to go out.”

Major Tom McGrath, the Senior Marine Instructor, commended the cadets on their persistence in practice and overcoming adversity. “We were missing two of our starters. We had younger cadets step up, and they performed admirably. This is a win that our entire program can be proud of.”

The cadets have one more drill competition remaining, at Eisenhower High School in Blue Island, IL. With the absence of a number of team members due to Spring Break, many of the reserve cadets will have an opportunity to drill at this meet. The instructors are conducting an exhibition drill clinic on Saturday, March 28. Exhibition drill allows cadets to use their creativity in devising movements and routines that are not in the Marine Corps Drill Manual. It takes much practice, particularly in the spinning and throwing of the rifles. The clinic is being conducted to motivate the cadets to win the Eisenhower Meet despite being at reduced strength, and to start preparing for next year, particularly with the loss of many seniors. “I am confident that our cadets will rise to the challenge at Eisenhower, and that we will again be competitive next year. We have some really great kids in our program,” McGrath concluded.