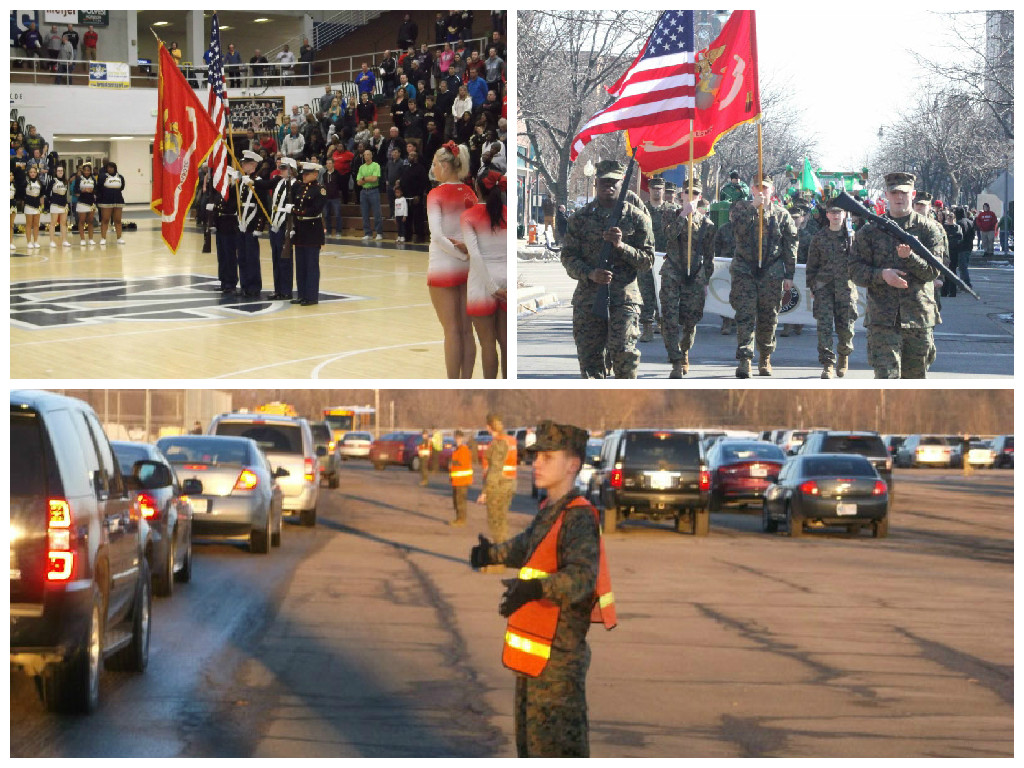 “Our cadets are an unselfish group,” said Marine Instructor Master Sergeant Jeff Benak. “Although it takes much time out of their personal schedules, they are willing to make the sacrifice to support our school and community,”

Major Tom McGrath, the Senior Marine Instructor, was impressed with the cadets’ flexibility in adjusting to changing situations. “This was the first time we had done the parking lot duty for the Regional Tournament. With the number of fans coming from four different cities (Crown Point, South Bend, Northridge, and Munster) and different conditions like handicapped and VIP passes, plus the school play in the evening, our cadets responded very well.”

Cadets will continue to be active, even during Spring Break. The drill team will compete in Romeoville, IL on March 21st. The following Wednesday, cadets will support the Parent –Teacher Conference night, followed by the school’s Open House, on March 25th. On Saturday, March 28th, the instructors will hold an exhibition clinic, aiming at improving that area of military drill for next year. The cadets final drill competition of the year will be at Eisenhower High School in Blue Island, IL, on the Saturday of Spring Break, April 11th.