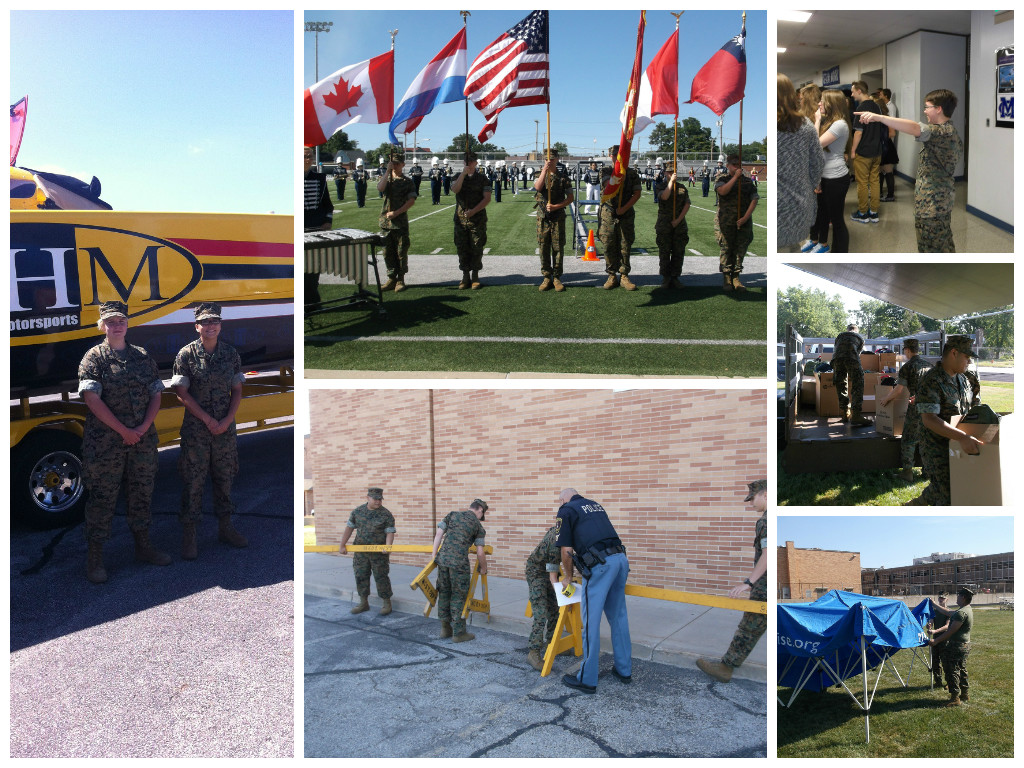 The Michigan City High School (MCHS) Marine Corps Junior Reserve Officer Training Corps (MCJROTC) conducted approximately 400 hours of community service over the summer. Since returning from the Science, Technology, Engineering and Math (STEM) camp held in Charleston, SC, (conducted at no expense to either Michigan City Area Schools [MCAS] or the cadets), the MCJROTC have supported the LaPorte County Grand Prix boat races at Washington Park, the Drum Corps International (DCI) championship competition at Ames Field, the MCAS Back-To- School Rally at Elston field, and the MCHS Freshmen Orientation. Additionally, the cadets also participated in a week-long leadership camp in Delafield, WI (also done at no expense to MCAS or the cadets), marched in three area parades, and supported the first DCI competition in June.

“We have some very dedicated cadets, and their dedication doesn’t end on the last day of school,” said Senior Marine Instructor Major Tom McGrath.

Master Sergeant Jeff Benak also commented on the high level of endurance of the MCHS cadets. “While most students are looking to take a breather over the summer, our cadets seek out additional ways in which we can support our community from what we did during the school year.

Upon returning to school, the cadets will be supporting MCHS athletic events and the community by providing Color Guards and security, and preparing for their competitions in military drill, marksmanship, and physical fitness. The physical fitness team’s first competition will be September 26th at Bloom Trail High School in Chicago Heights, IL. The drill team will also travel to Illinois for its first meet in Chicago on October 31st. The rifle team’s first meet will be November 21st as part of the MCJROTC’s hosting of a military skills competition at MCHS.