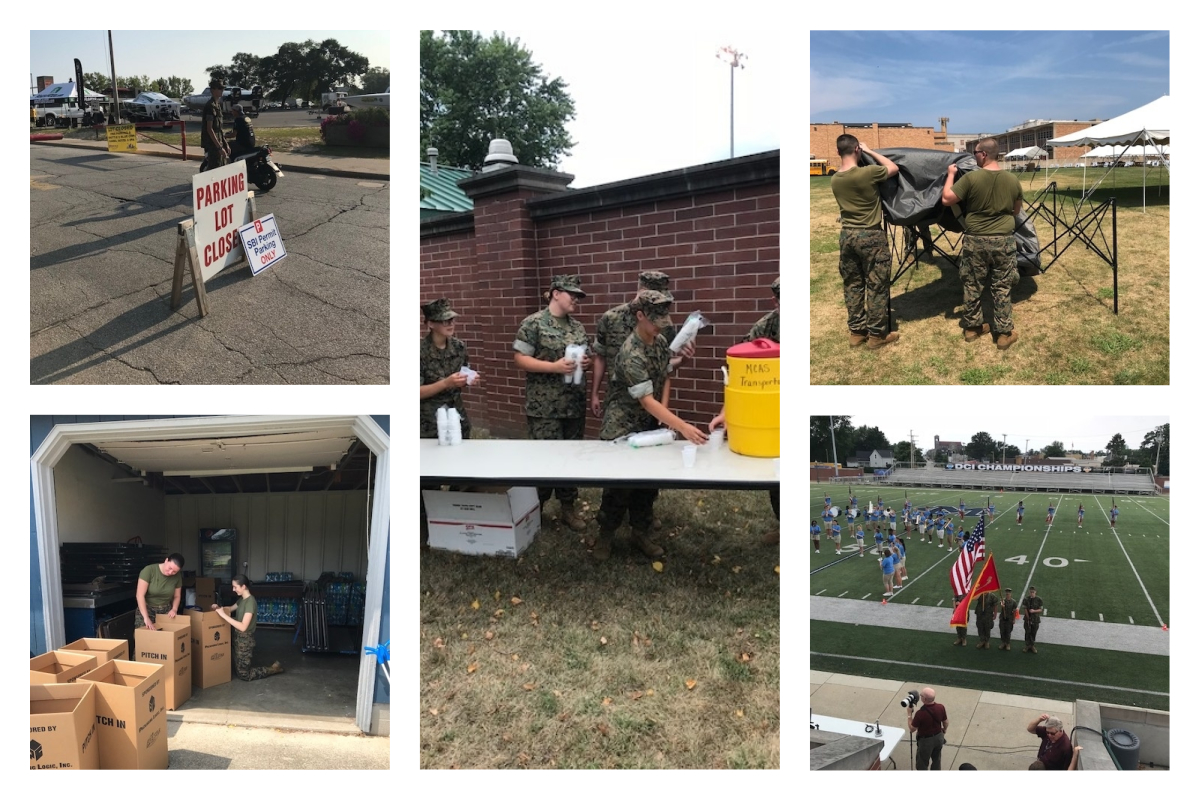 While most students are doing their last big summer fling before school starts on August 15th, the cadets of the Michigan City High School (MCHS) Marine Corps Junior Reserve Officer Training Corps (MCJROTC) were busy supporting civic and school district activities at the beginning of August. Cadets assisted with traffic control for the Grand Prix Boat Races at the Washington Park Beach on August 4-5.

They provided a Color Guard for the opening ceremonies at the Drum Corps International competition at Ames Field on August 6-7, then helped support the event. The Michigan City Area Schools Back-To- School Rally is the symbolic kick-off of the school year, with over 1000 students receiving free school supplies as well as being provided important information from groups ranging from the Michigan City Police and Fire Departments to Health Care. The cadets worked on August 7 and 8 preparing the school supplies, then helped establish the event at the Elston football field on August 9 and then disestablish it, with the heat index in the 90s for most of the day.

“It is natural for students to want to ‘live it up’ before school starts. Our cadets are very unselfish in giving of their time to help civic organizations in Michigan City as well as our own school district,” said Senior Marine Instructor Major Tom McGrath

Master Sergeant Jeff Benak agreed with McGrath’s assessment of the cadets. “These kids are pretty unique when compared with most teenagers. They really do think of others before themselves.”

The August community service is a prelude to many community service projects happening after school starts. Among them will be the veteran’s jamboree at Fox Park in LaPorte and all of the home football games. The MCJROTC will be beginning practice for their various extracurricular activities that includes their Military Drill Team. Last year, MCHS qualified for the National MCJROTC Championship. This year, their goal is to not only qualify but win it. The first competition will be a physical fitness competition on October 20 at Hobart High School.