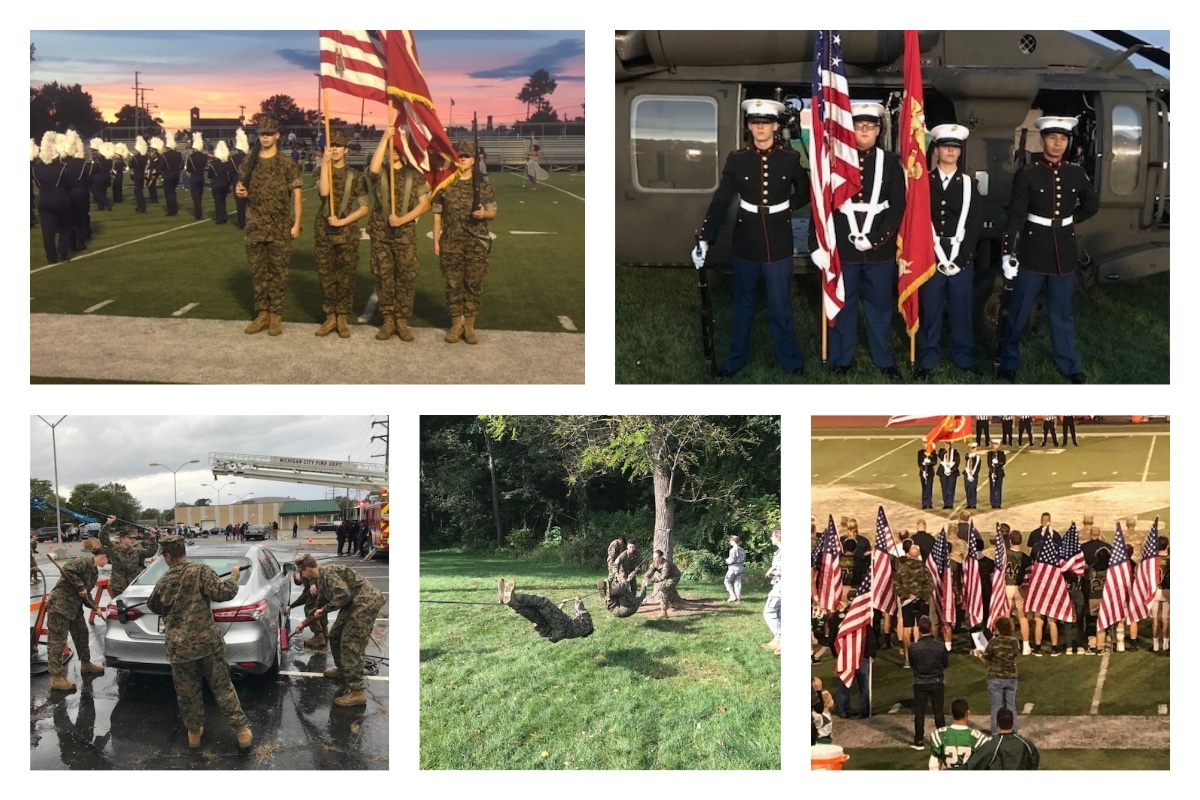 “Our cadets are very unselfish,” said Senior Marine Instructor Major Tom McGrath. “They have as much going on as any other teenager, probably more. But they find the time to help others.”

Master Sergeant Jeff Benak echoed McGrath’s comments. “Our cadets continue to be great ambassadors for our school and city,” he said.

October will be at least as busy as September for the cadets. They will march in the Homecoming Parade on October 6th, carrying the oversized American Flag, which they will also display for the football game against LaPorte. The following Friday, they will provide the Color Guard for the final regulation game against Crown Point, which is also Senior Night. If the football team is at home for any playoff games, they will provide the color guard for those games. The cadet Raider Team will compete at Hobart on October 20th. This is a physical fitness competition, requiring strength, endurance and most importantly teamwork. They will also support the MCAS Howl-O-Ween event at Ames Field on October 25th as well as Halloween events at Sunset Hills in Valparaiso on October 19, 20, 26 and 27.