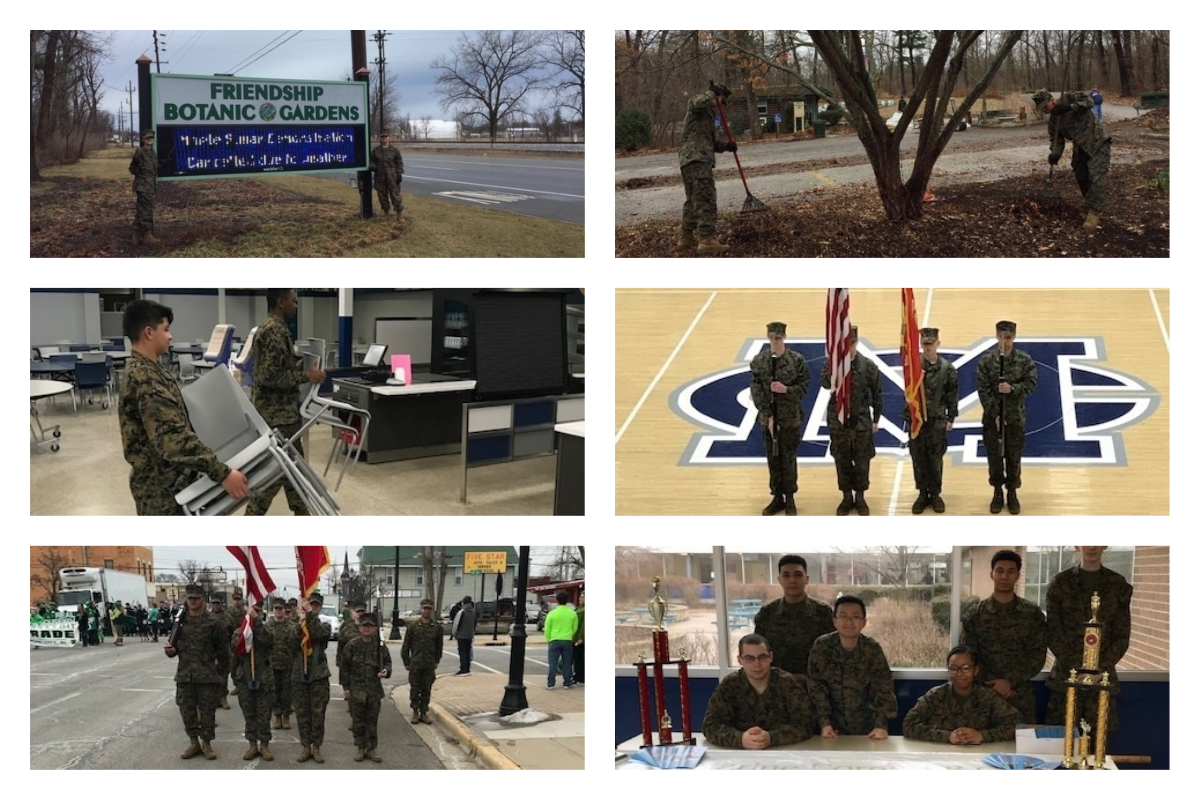 The Michigan City High School (MCHS) Marine Corps Junior Reserve Officer Training Corps (MCJROTC) participated in various community and school events during March. MCHS hosted the Boys Regional Basketball Tournament where fans from Mishawaka, Chesterton, Northridge and Munster streamed into the Wolves Den. The cadets controlled parking and provided the Color Guards for the semi-final and championship games. The MCHS MCJROTC provided a Color Guard and marching platoon for the Michigan City St. Patrick’s Day Parade. The cadets provided assistance in the set-up and functioning of the Michigan City Garden Show as well as the MCHS Parent/Teacher Conference Night and the Wolfpack Round-Up. They closed out March by helping with the clean-up of the Michigan City Friendship Gardens.

“Our cadets are very unselfish with their time. Despite all of the time we are putting into preparing for the National Drill Meet and our Command Inspection, our cadets still find time to support our school and community,” said Senior Marine Instructor Major Tom McGrath.

McGrath is referring to the Marine Corps National JROTC military drill championship being held in a suburb of Washington, DC, on April 13th. MCHS is one of 16 schools competing out of the 268 MCJROTC schools nationally. The trip is being done at no cost to MCHS or the cadets. It is funded primarily through the Marine Corps, with augmentation from the MCJROTC Booster Club. They will leave on April 11th and tour the historic sites around the Nation’s Capital on April 12th before competing on April 13th. They then will have to quickly transition to prepare for their Commanding General’s Inspection on April 18th.

“It is unusual to have two major events so close, but I am confident that our cadets will perform well in both of them,” said Marine Instructor Master Sergeant Jeff Benak.

Even after the Commanding General’s Inspection is done, the cadets cannot “take their packs off” as Marines say. There are numerous community service activities that the cadets will be supporting up to the end of the school year, as well as preparing for their week-long Leadership Camp in Wisconsin during the first week in June. After returning on that Friday, June 7th, they will then support the MCHS graduation on June 9th.