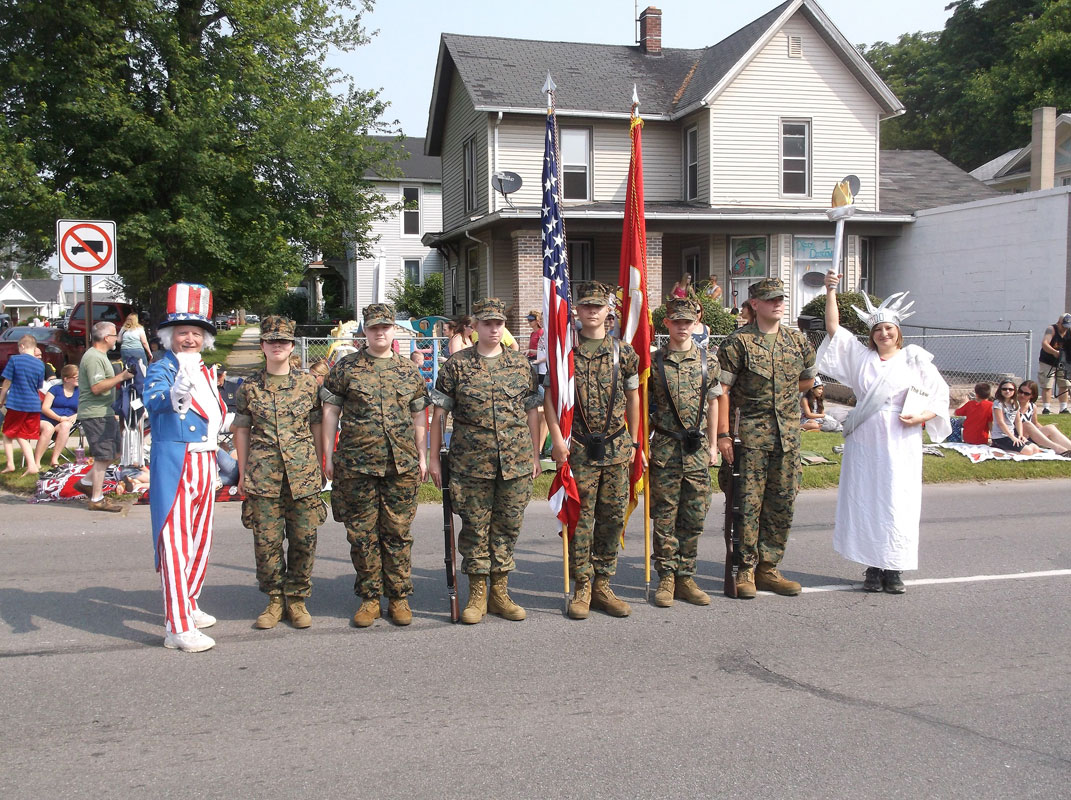 Cadets from the Michigan City High School (MCHS) Marine Corps Junior Reserve Officer Training Corps (MCJROTC), fresh off their successful Leadership Camp at the St. Johns Northwestern Military Academy in Delafield, Wisconsin, have continued to support the Michigan City and LaPorte County community through the summer. The cadets have participated in three parades, a ceremony, and worked a community service project since returning from camp on June 13th.

MCHS MCJROTC supported the Michigan City Summer Festival parade held on June 27th, the capstone day of festival week in the city. That night, cadets worked the national drum and bugle corps competition held at Ames Field. Drum and Bugle Corps units from as far away as Wyoming and Boston competed for national recognition. The following week, cadets were the lead Color Guards for the Michigan City Kiddie Parade on July 3rd and the LaPorte Independence Day Parade on July 4th. The LaPorte parade is one of the largest, if not the largest, in Indiana on the 4th of July, attracting about 60,000 spectators that line the 2.5 mile route. Throughout the route, many spectators stood and cheered the cadets. Cadets also provided a Color Guard for the Michigan City Independence Day ceremony at Washington Park. 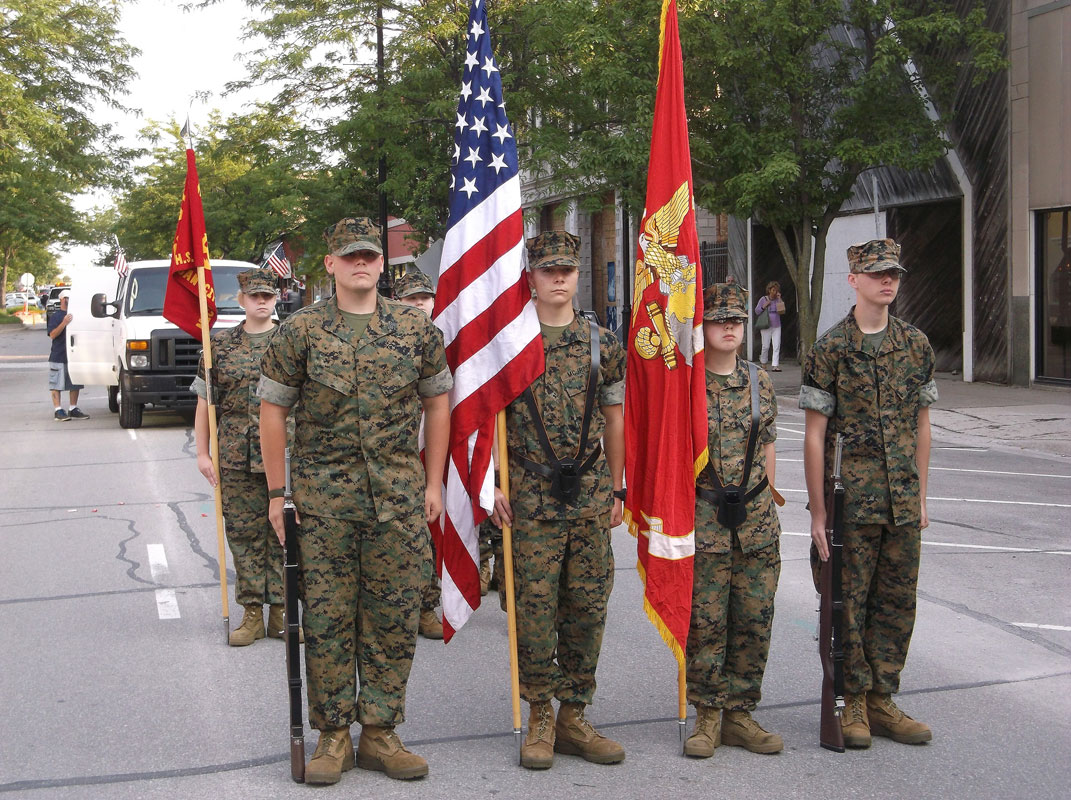 “It was good to see so many people recognize our cadets for not only marching in the 4th of July parade, but also for all of the other activities we do to support our community,” said Senior Marine Instructor Major Tom McGrath. “Our kids are hard workers, and that doesn’t stop on the last day of school,” added Marine Instructor Master Sergeant Jeff Benak.

There are plenty of other activities left for the cadets prior to starting the next school year. Michigan City cadets will travel with 6 other schools to attend a Science, Technology, Engineering and Math (STEM) camp at The Citadel (the Military College of South Carolina) in Charleston, SC July 5-14. Major McGrath will also be in charge of the cadets from the other schools in addition to the MCHS cadets. This camp, like the Leadership Camp, is conducted at no cost to Michigan City Area Schools or the cadets. They are funded through the Marine Corps and augmented through donations of veterans’ groups. Cadets who do not attend the camp will be working a benefit concert July 11th at the International Friendship Gardens. Cadets will also be supporting the Michigan City Grand Prix July 31- August 2nd the school district’s Back to School Rally preparation and event August 11-13. 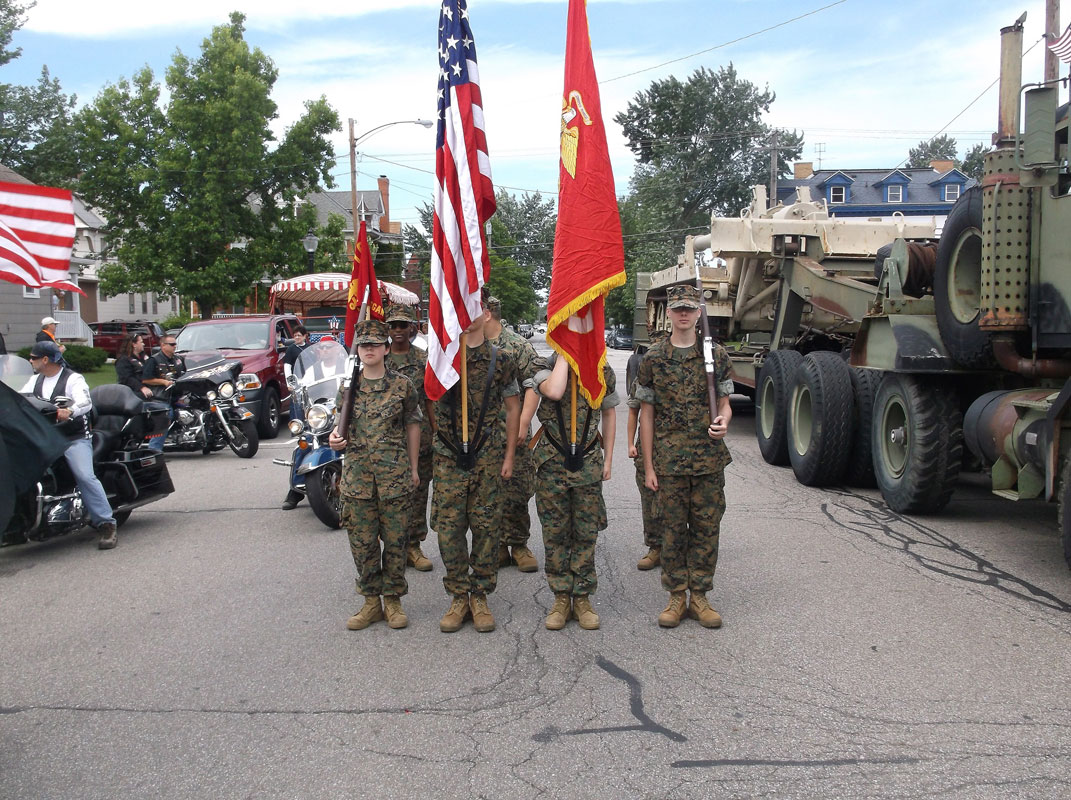