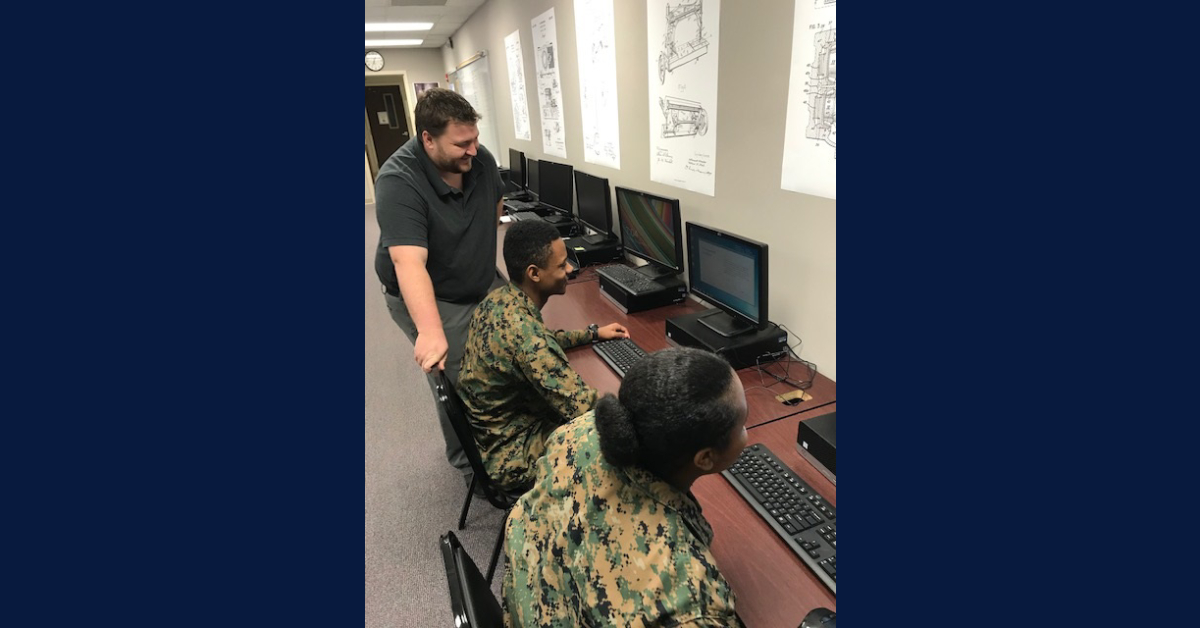 The Michigan City High School (MCHS) Marine Corps Junior Reserve Officer Training Corps competed in the state round of Cyber Patriot, the national cyber security game that requires students to apply skills from science, technology, engineering and mathematics (STEM). This was the third round of the competition. MCHS was the only Marine JROTC in Indiana to compete in Cyber Patriot, as well as only one of five out of the 32 JROTC programs from all services in the state to field a team.

“Although we did not advance to the semi-final, our cadets competed well in our division,” said Senior Marine Instructor Major Tom McGrath. “This was a great starting point for the members of our team to pursue cyber security as a career, either in or out of the military.”

Marine Instructor Master Sergeant Jeff Benak commented on the endurance of the cadets “They are also on the drill team, which starts practice at 5:45 am. Cyber Patriot practice is after school. So these cadets are putting in at least 10 hours at the school on most days.”

Faculty Advisor Ralph Gee, who is also the Technology and Engineering Instructor at MCHS, had high praise for the efforts of the cadets. “For these high school students, who have had little or no exposure to cyber security, they really made great strides in understanding and applying the concepts of preventing an information system from being hacked.”

Although the Cyber Patriot season is over for MCHS, the MCJROTC will have a busy second semester. The Drill Team is preparing for the Sectional Meet at Purdue University in West Lafayette on February 22nd. If they win that meet, they would qualify for the third consecutive year for the National Marine Drill Meet being held at Daytona Beach, Florida. All costs for that trip would be covered by the Marine Corps. The cadets will continue to support the school and community, to include providing Color Guards for all home basketball games. The program will also be preparing for the numerous summer camps that the cadets attend, one of which may be a Cyber Security Camp. The Marine Corps also covers the costs for all of these camps.