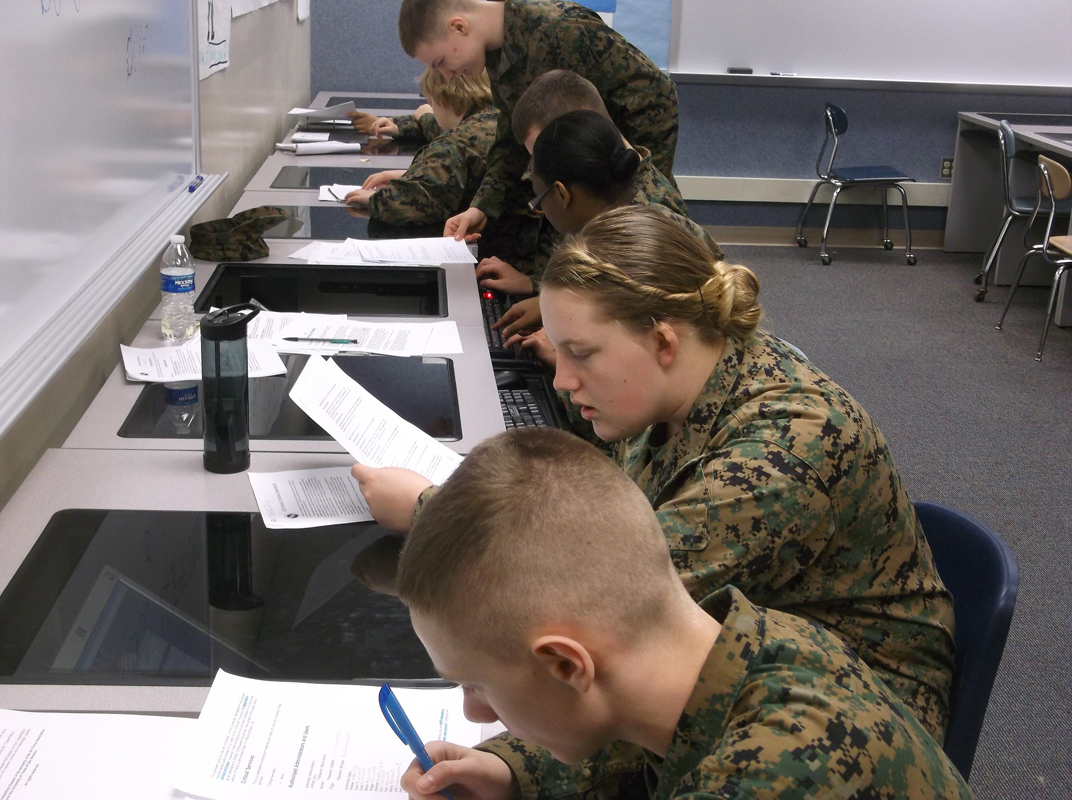 The Michigan City High School (MCHS) Marine Corps Junior Reserve Officer Training Corps (MCJROTC) participated in CyberPatriot, the national computer security competition for high school students on January 29, 2016. The cadets acted as cyber security specialists to counter a fictional security breach of an information system and establish firewalls to prevent such attacks in the future during the six hour competition. This was the third round of CyberPatriot in which the cadets had competed. This was the state qualifying round. Scores will be announced in about a week to determine if the cadets will advance to the regional competition. The regional competition winners receive an all-expenses paid trip to Washington, DC to compete in the national finals.

Cadets on MCHS CyberPatriot team attended a Science, Technology, Engineering and Math (STEM) camp last summer at The Citadel, the Military College of South Carolina, in Charleston, SC. The purpose of the camp was to provide cadets skills to compete in CyberPatriot, skills which can be used as a foundation to pursue a career in cyber security. Major Tom McGrath, the Senior Marine Instructor, who brought the cadets along with cadets from six other schools to the camp, said that the camp was very beneficial for the cadets. “The cyber instruction was provided by very skilled instructors who have worked in cyber security either in the public or private sector. The cadets left there with skills they can use in CyberPatriot and build upon to work in a very rewarding and lucrative career.” The camp was funded by the U. S. Marine Corps, costing Michigan City Area Schools and the cadets nothing. 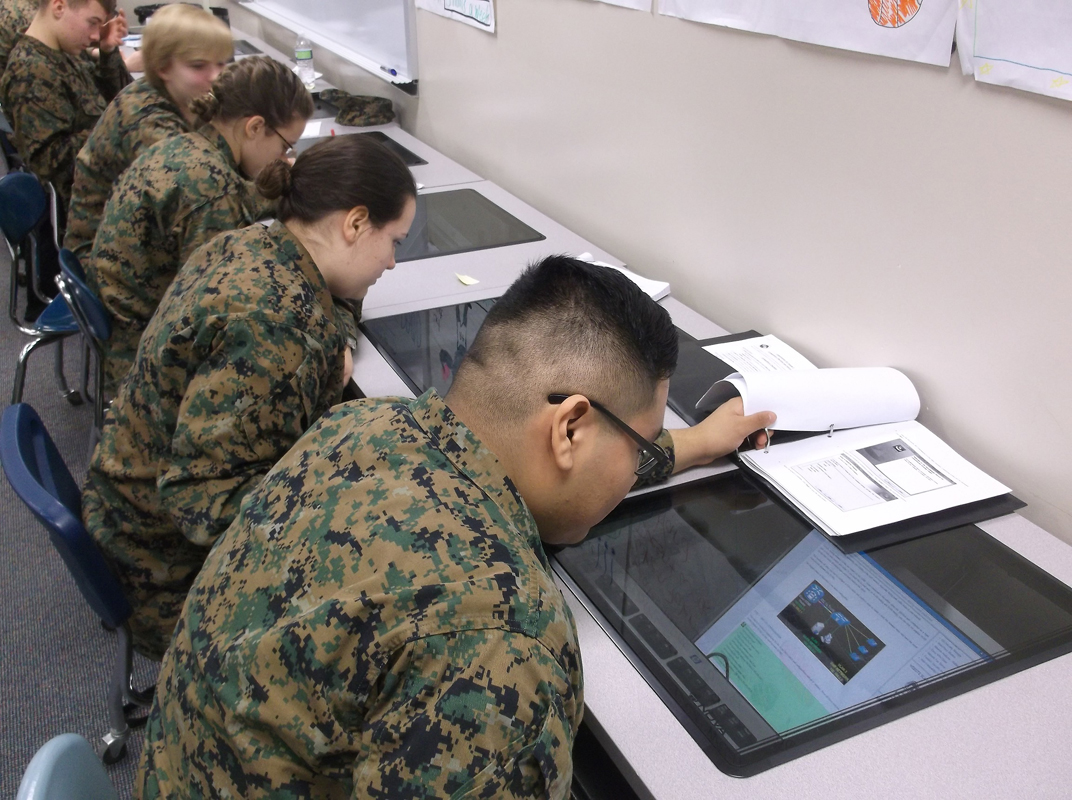 Master Sergeant Jeff Benak, the Marine Instructor, stated that this is a great example of the positive activities MCHS offers students by departments combining resources. “We would not be able to do this without the expertise of Engineering and Technology instructor Ralph Gee.”

Gee stated how impressed he is with the CyberPatriot program and the opportunities it provides students. “Cyber security affects everyone's life in some form. For high school students to be exposed to the skills necessary for cyber security really provides them a foundation that can benefit them for years to come.”

Regardless if the cadets advance in CyberPatriot, they will have a busy February. On February 10th, they will go to Krueger Middle School to conduct a presentation for the 8th graders prior to those students scheduling for the next school year. The JROTC is required to have at least 100 cadets in the program. They had scheduled both Barker Middle School and Krueger in January, but Krueger's visit had to be rescheduled due to the power outage at Springfield Elementary School. February 17th is the most important day of the year for the program when they will undergo a Command Inspection from the Inspector General of the Marine Corps. Three days after that, the cadets will compete in the highly competitive military drill meet at Pike High School in Indianapolis. This meet attracts many of the best drill units in the Midwest. Additionally, the MCJROTC will continue to support school and community events.