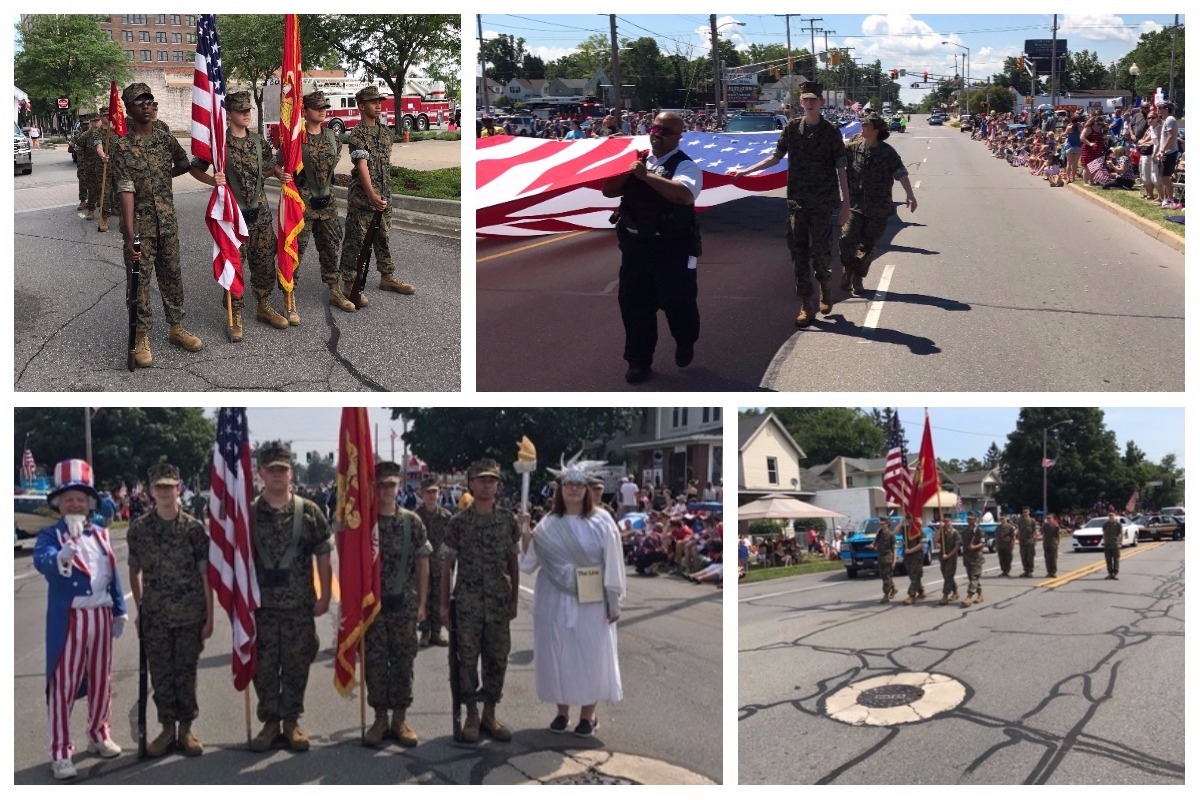 The military has always been an integral part of remembering the founding of the United States of America. The Michigan City High School (MCHS) Marine Corps Junior Reserve Officer Training Corps (MCJROTC) maintained that tradition by marching in three area parades honoring our nation’s 241st birthday. The parades were the Michigan City Kiddie Parade, the Michigan City Patriotic Parade, and the LaPorte 4th of July Parade. The Kiddie Parade allowed youngsters to be exposed to patriotism at their level, allowing them to enjoy activities before the parade and then enjoy the parade itself.

An absolute perfect July day brought out thousands of spectators for the Michigan City Patriotic Parade, which featured well over 100 parade entries. The MCJROTC, assisted by the Michigan City Police Department’s Leadership Academy, marched carrying a 60 feet by 20 feet American Flag. The LaPorte Parade lived up to its billing as Indiana’s largest Independence Day parade. Thousands lined downtown LaPorte’s main thoroughfare as organizations from Northwest Indiana and beyond entertained the huge crowd with their patriotic theme.

Major Tom McGrath, the Senior Marine Instructor, commended the cadets for their dedication over the 4th of July weekend. “This is probably the biggest vacation week of the year. Our cadets sacrificed time with their families to honor our country’s founding.”

Master Sergeant Jeff Benak, the Marine Instructor, echoed McGrath’s remarks, stating that “we really have unselfish cadets in our school.”

July will be a relatively light month for the cadets. They will be supporting the Drum Corps International competition at Ames Field, Grand Prix Boat Races at the Washington Park Beach, and the Michigan City Citywide Back-to-School Rally in early August prior to the beginning of the new school year.