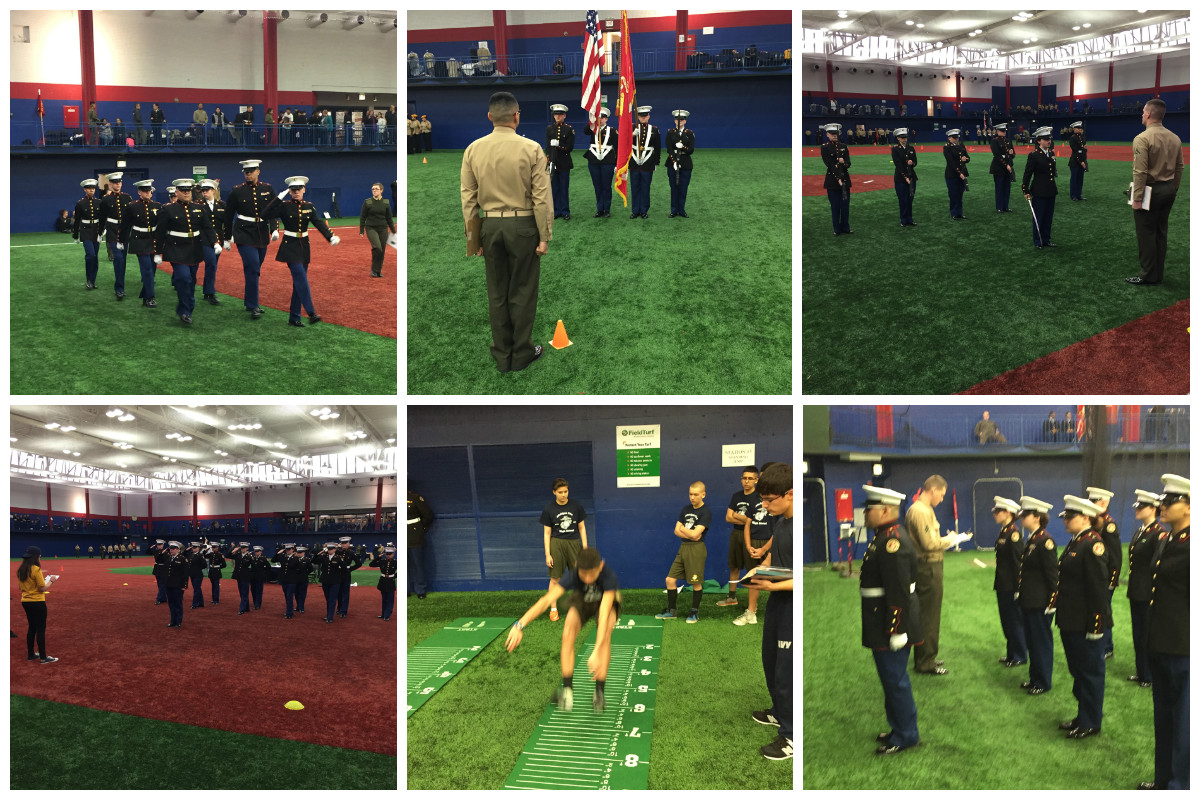 “This was a very competitive meet,” said Senior Marine Instructor Major Tom McGrath. “With perennial powerhouses like East Aurora and Zion Benton in the mix, our cadets did very well to place the way they did.” East Aurora is the largest JROTC in the world, with 700 cadets in their program. Zion Benton has so many cadets that they had two separate teams at the meet.

Master Sergeant Jeff Benak, the Marine Instructor, also commented on the cadet Wolves stepping up to meet the tough level of competition. “In the past, we would not be able to come near schools like East Aurora and Zion Benton. Now, we are beating them in certain categories. It shows the dedication of our kids to improve and the confidence they have to go against the best.”

The cadets will stay busy through December, supporting school events like providing the Color Guards for home basketball games and supporting the community with events like Wreaths Across America and Bell Ringing for the Salvation Army. The cadets next drill meet will be at East Aurora High School in Illinois on January 14, 2017.