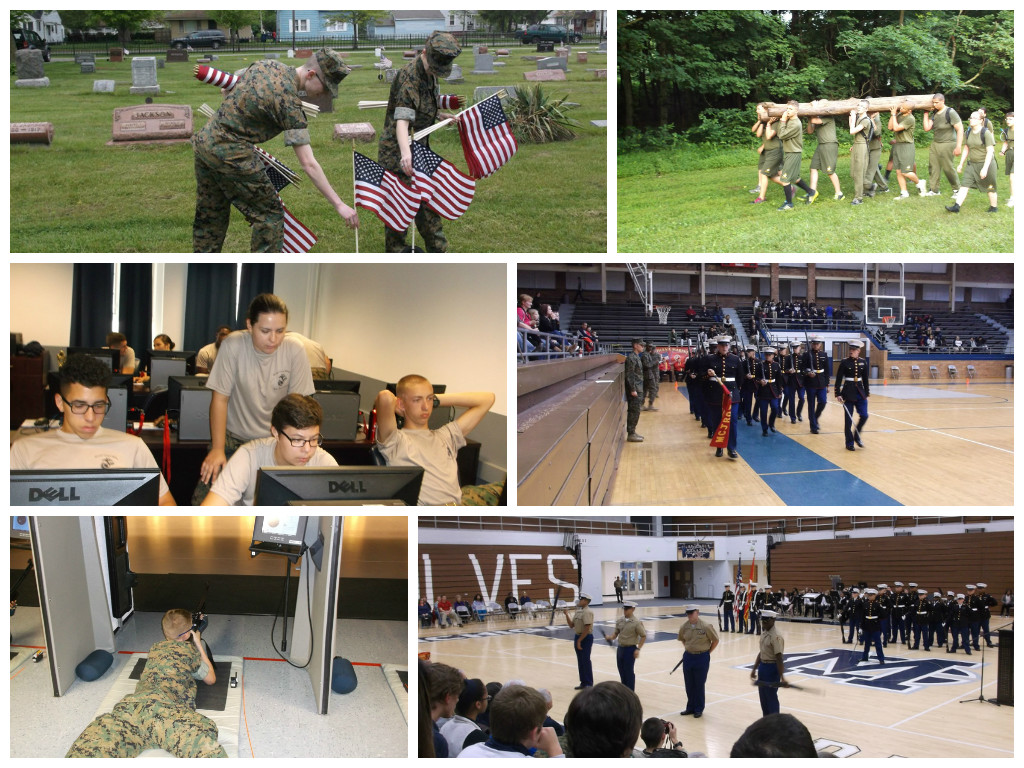 The United States Marine Corps Junior Reserve Officer Training Corps (MCJROTC) Headquarters located at the Marine Corps Combat Development Command at Quantico, VA announced the Naval Honor Schools for the 2014-15 school year. Michigan City High School (MCHS) was one of the schools earning that designation, putting it in the top 20% of all Marine JROTC programs nationally. Schools were judged on academic awards, community service, scholarships, school leadership, extracurricular competitions, and summer operations. This is the second time MCHS has earned this award since the MCJROTC was reorganized in 2003.

“Since earning our first Naval Honor School designation in 2011, we improved in every category every year,” said Senior Marine Instructor Major Tom McGrath. “However, other schools in our region were also working hard, so this award has become very competitive.”

“Our school and our community should be very proud of the achievements of our cadets,” said Marine Instructor Master Sergeant Jeff Benak. “We run a well-rounded program, and it takes cadets who are able to do a variety of tasks, not just concentrating on one or two categories, to reach the level of a Naval Honor School.”

The MCHS cadets competed in a number of extracurricular activities. The Drill Team competed in more meets and earned more awards than any drill team in school history. Each cadet on the Rifle Team set personal high scores in their 7 matches. The CyberPatriot Team, participating in a national computer security competition, was the state runner-up.

The MCJROTC is heavily involved with school and community activities. They conducted nearly 2000 hours of community service and 38 parades and ceremonies.

Cadet activity is not limited to the school year. MCHS MCJROTC conducted a summer leadership camp at the St. John’s Northwestern Military Academy in Delafield, WI, and a Science, Technology, Engineering and Mathematics (STEM) Camp at the Military College of South Carolina in Charleston, SC in July. These camps provide the opportunity for cadets to develop leadership skills outside of the academic environment. These camps were conducted at no cost to MCHS or the cadet. One of the cadets who participated in the 2014 camps, Alex Wyman, earned an ROTC scholarship to Purdue University worth $180,000.00. He is the third MCHS cadet to earn that scholarship in 2 years.

“Our cadets will not become complacent,” said McGrath. “We have already had a good start this summer to achieving our goal as the Marine Corps Reserve Association Awardee as the best school in our region of 45 schools. We conducted nearly 400 hours of community service and 6 parades and ceremonies over the summer. Our cadets have one goal-to be the best,” he said.