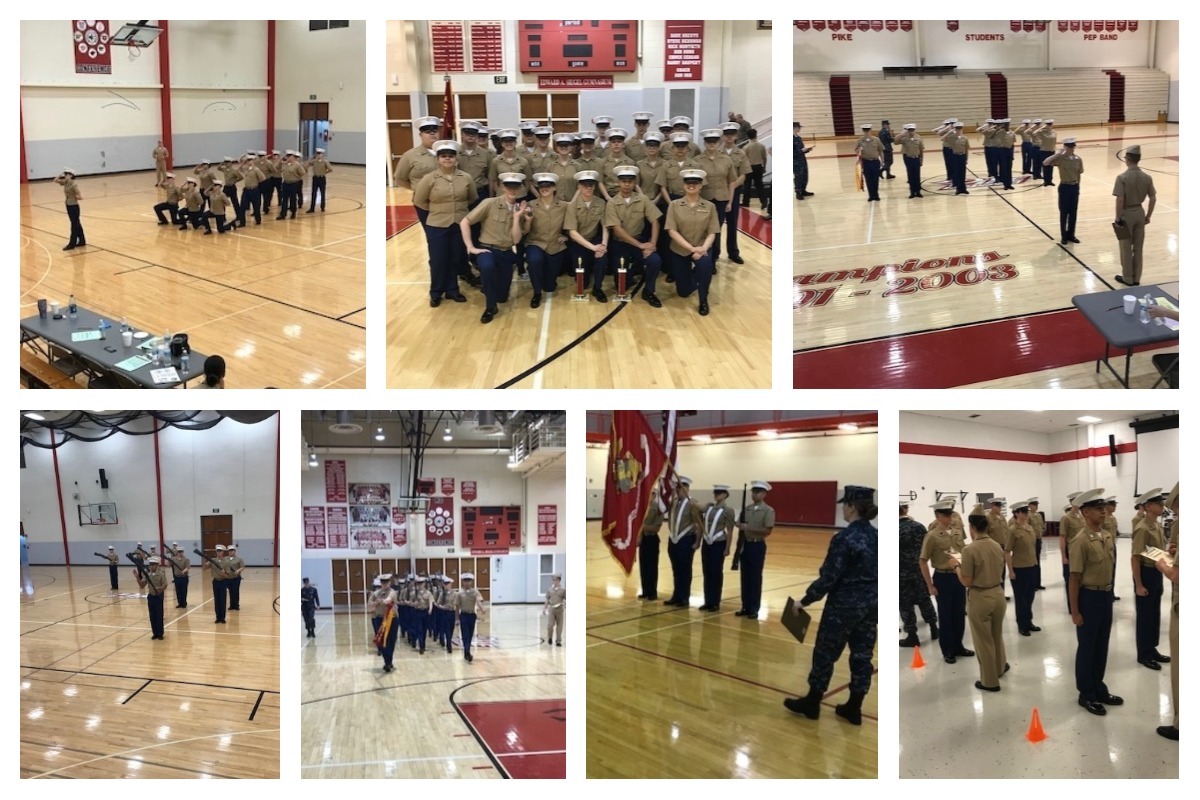 “This is a competitive meet with some of the large Indianapolis schools competing, along with perennial power East Aurora” said Major Tom McGrath, the Senior Marine Instructor. Our cadets accorded themselves very well against some really good schools.”

The cadets will be busy throughout March. On the 10th, they will support the Boys Basketball Regional Tournament, march in the Michigan City St. Patrick’s Day Parade, and provide a Color Guard for the Daughters of the American Revolution Awards Night. The following week, they travel to Ft. Wayne to compete in the Concordia High School Drill Meet. Cadets will support the Michigan City Spring Garden Show on March 23-24. They finished the month with supporting the first home track meet on March 30th.