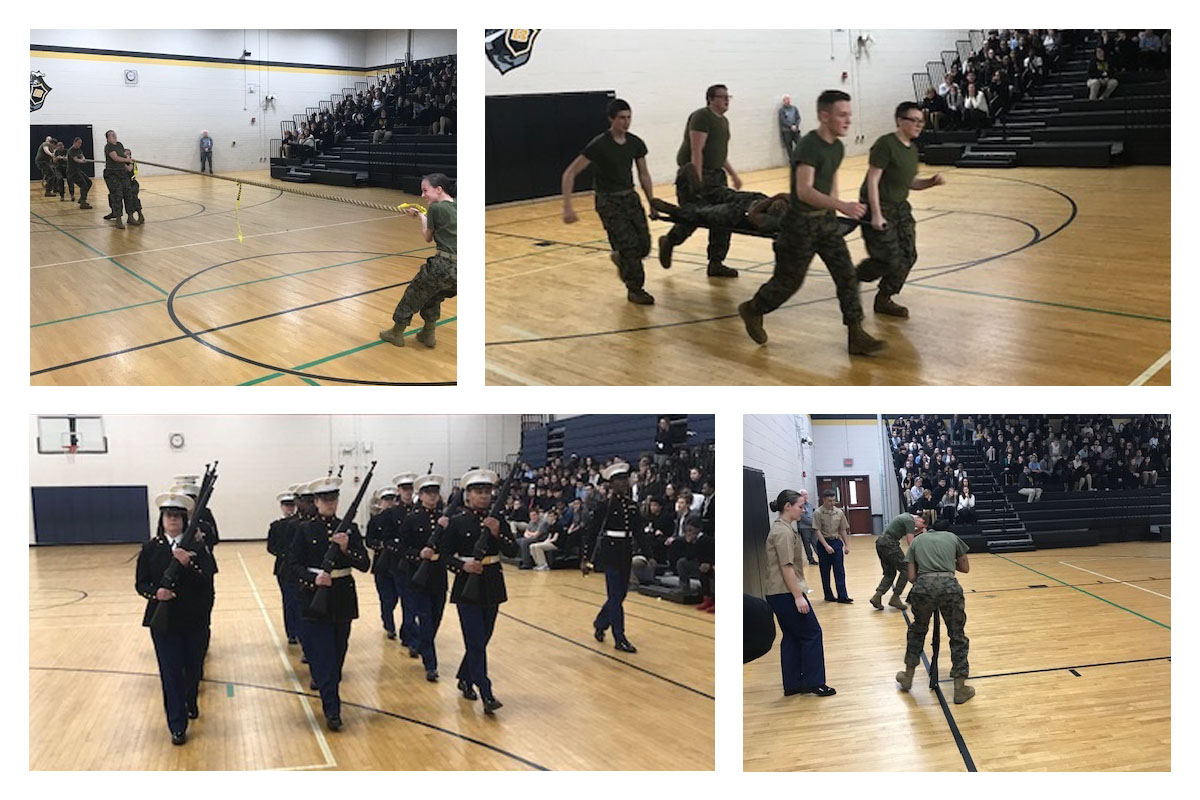 The Michigan City High School (MCHS) Marine Corps Junior Reserve Officer Training Corps (MCJROTC) conducted a demonstration for 8th graders at Barker and Krueger Middle Schools on January 24th. The purpose of the presentation was to familiarize the students regarding the JROTC, encouraging them to consider enrolling in the course when completing their schedule for the next school year.

The program consisted of an introduction by the Senior Marine Instructor, Major Tom McGrath, followed by basic and armed exhibition drill. Physical training activities of tug-of-war, stretcher carry, fireman’s carry, and the dizzy-izzy were then executed. The cadet commanding officer, Cadet Captain Tyler Stockley, then gave his impressions of the JROTC based on his four years of experience. The program concluded with questions from the 8th graders.

McGrath emphasized the importance of these presentations. “The Marine Corps requires us to have at least 100 cadets to maintain the program at Michigan City. With the increase in academic requirements and interventions, the number of students actually available to take this elective course is much smaller than our school enrollment.”

Master Sergeant Jeff Benak, the Marine Instructor, complemented the cadets on their performance and the 8th graders on their attentiveness. “Both our drill team cadets and those demonstrating physical training gave the 8th graders a good show. The students in turn were very receptive to the performance.”

The drill team will be in action next on February 2nd at Wheeling, IL High School for the Chicagoland Drill Meet. After that, they will turn their attention to the MCJROTC National Championship Meet on April 13th in Washington, DC. That trip will be done at no cost to MCHS or the cadets. It will be fully funded by the Marine Corps. Additionally, they will be supporting other MCHS events like providing Color Guards for the home boys basketball games, providing parking support for the boys regional basketball tournament on March 9th, and parent/teacher conference on March 21st.