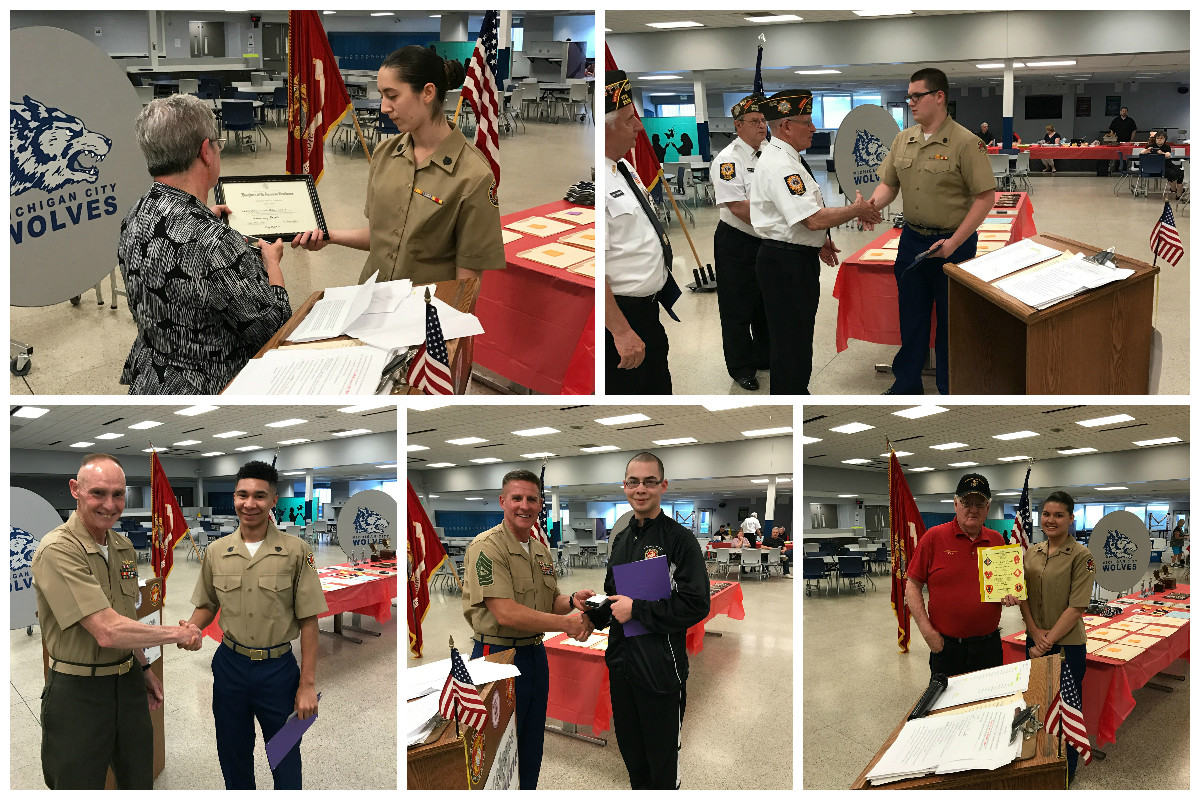 The Michigan City High School (MCHS) Marine Corps Junior Reserve Officer Training Corps (MCJROTC) conducted their awards ceremony on May 18, 2017 at the high school. A total of 28 cadets earned at least one award in numerous categories ranging from participation on the drill team to working at least 30 community service hours. A variety of civic organizations from LaPorte County and beyond participated in the ceremony. They presented to the following awards to the below listed cadets:

Senior Marine Instructor Major Tom McGrath stated that this year’s cadets had established a noteworthy record. “This year, our drill team was the most successful in school history and we did the most community service (over 3, 600 hours so far) in the history of the program. I think that speaks volumes as to the dedication of our cadets.”

The cadets will remain busy through the remainder of the school year and beyond. Among the groups they will be supporting will be Pine Elementary School, the LaPorte American Legion, and the Michigan City Memorial Day Parade and Ceremony. Cadets will support the high school graduation on June 4th, and then leave the following day for their week-long Leadership Camp at the St. John’s Northwestern Military Academy in Delafield, Wisconsin. Cadets will also be active during the summer with parades, ceremonies, civic support and a Science, Technology, Engineering and Math (STEM) camp.

All MCJROTC activities are done with no cost to the school district or the cadet. They are funded by the U.S. Marine Corps and the MCJROTC Booster Club.