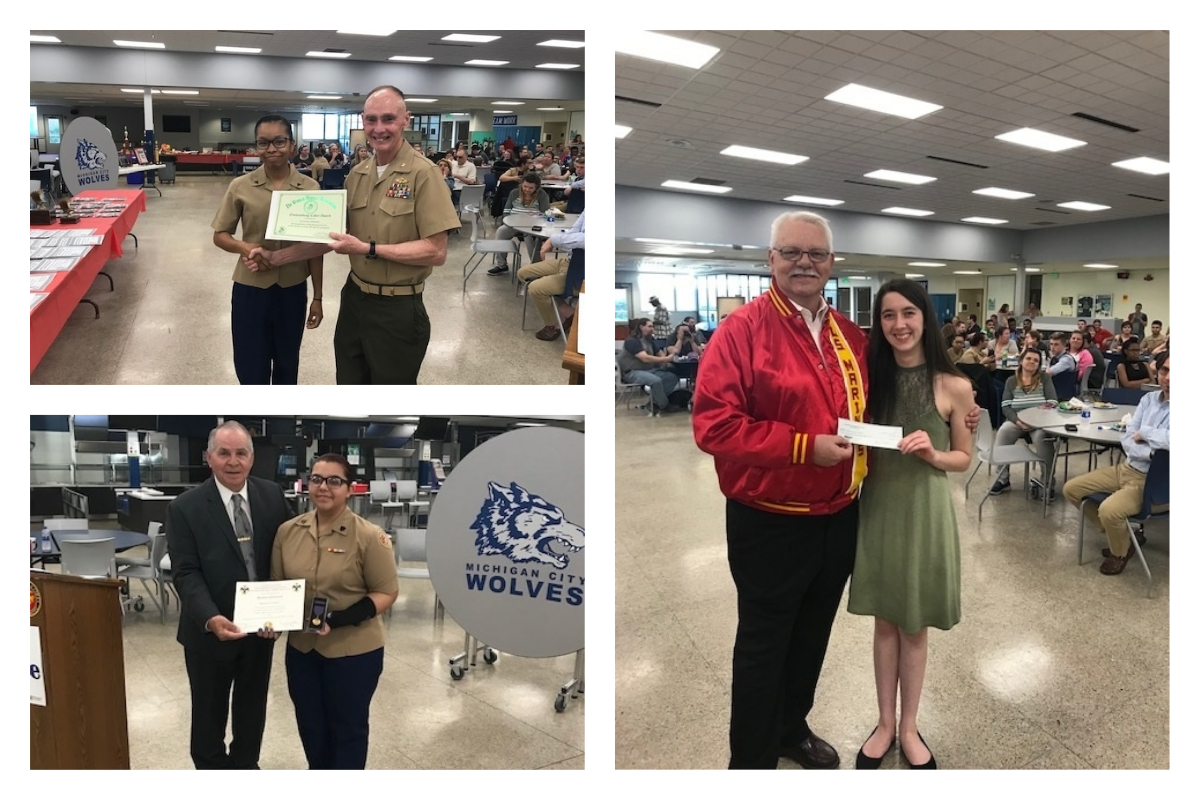 The Michigan City High School (MCHS) Marine Corps Junior Reserve Officer Training Corps (MCJROTC) honored its cadets with an awards ceremony at MCHS on May 16th. Representatives from numerous organizations presented awards to cadets for accomplishments on their Military Drill, Shooting and Cyber Patriot teams. Additionally, cadets who had excelled scholastically, athletically, in other MCHS extracurricular activities, and in participating in community service and parades and ceremonies were recognized.

Major Tom McGrath, the Senior Marine Instructor, praised the cadets for dedication to excellence. “Our cadets know that regardless of the activity-from the drill team to community service- we represent Michigan City to other schools and the community. They have performed admirably in striving to make our program that kind that other schools want to imitate.”

“MCHS cadets are very versatile,” said Marine Instructor Master Sergeant Jeff Benak. “Many of our cadets earned awards for multiple activities in which they excelled.”

May is a very busy month for the cadets. They have already worked the Barker Craft Show, the Barker Dance, the Pine Elementary Carnival, the Unified Track meet, and the MCHS Senior Award Night. They will be placing flags on veterans’ graves, doing the opening ceremony at the Richardson Preserve in LaPorte, supporting the veterans’ motorcycle groups’ memorial ceremony at Washington Park, supporting the Lake Hills Elementary School anniversary celebration, the VFW Poppy Sale, and the Michigan City Memorial Day Parade and Ceremony at Greenwood Cemetery for the remainder of the month.