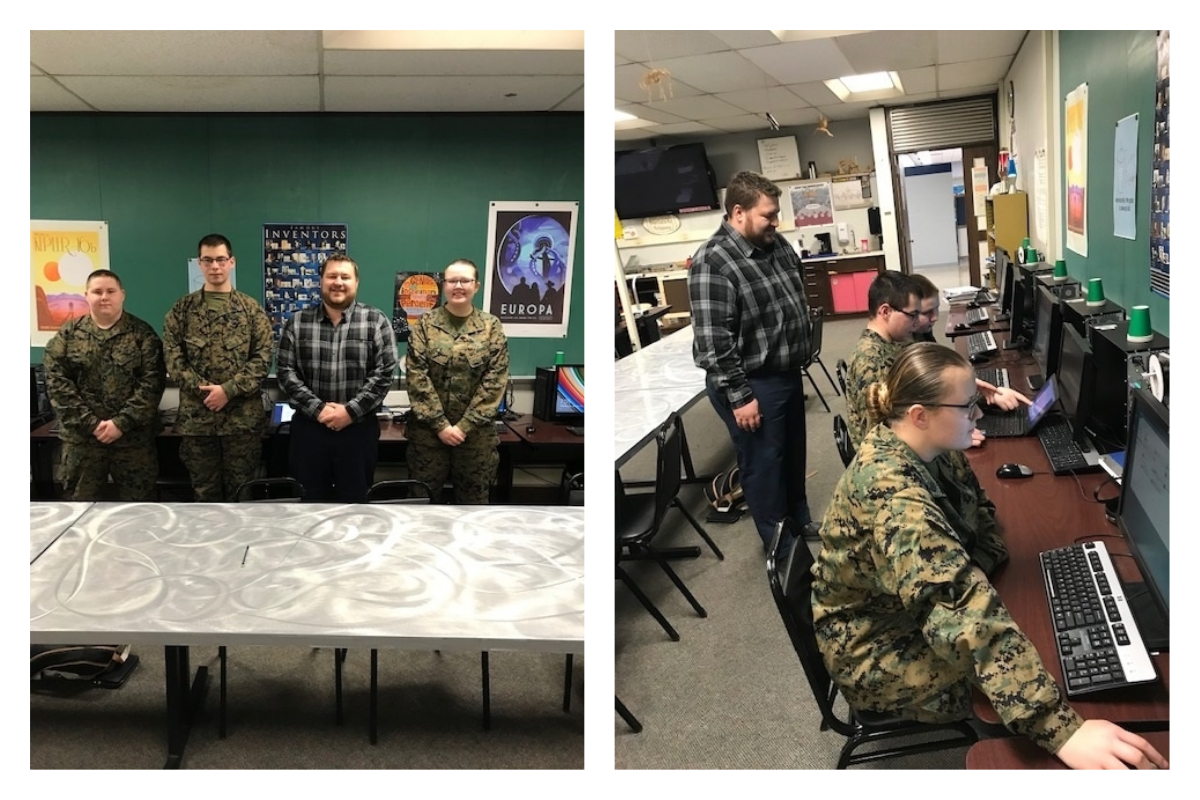 The Michigan City High School (MCHS) Marine Corps Junior Reserve Officer Training Corps (MCJROTC) participated in the third round of Cyber Patriot, the national high school cyber security competition where students act as security managers for an organization’s information system. This was the state qualifying round to determine advancement to the regional and national rounds. The national championship will be held in Baltimore, MD in March. There is no cost to MCHS or the cadets for this activity. It is completely funded by the Marine Corps.

The team is advised by Mr. Ralph Gee, the MCHS Engineering Technology Instructor at MCHS, as well as the Robotics coach. “The team did very well in this round. I am impressed to see how much they have learned about dealing with cyber security issues from when we first started in September. The cyber skills that they have developed can lead to a great career in this field, as well as being better digital citizens.”

Major Tom McGrath, the Senior Marine Instructor, praised the cadets for their dedication to the JROTC as well as their desire to develop skills that could lead to a lucrative career. “Cadets First Sergeant Stefen Glade and Staff Sergeant Julia Ringstad are also on our military drill team. They are here at 5:45 every morning for drill team practice, and then they are practicing for Cyber Patriot after school. They demonstrate those leadership traits of dependability, endurance and loyalty that we try to develop in all of our cadets.”

Master Sergeant Jeff Benak, the Marine Instructor, also complimented the cadets on their willingness to develop marketable skills that will assist them in future careers and as well as the mentorship of Mr. Gee. “Mr. Gee has been able to provide a great level of expertise that our cadets are wisely using to their over-all development as students.”

The drill team will next compete at East Aurora High School in Aurora, IL on January 19th, followed by a meet at Wheeling High School in Wheeling, IL on February 2nd. After those meets, they will focus on preparing for the National MCJROTC Drill Championship in Washington, DC, on April 13th. The cost of that trip will be funded by the Marine Corps, costing MCHS and the cadets nothing.