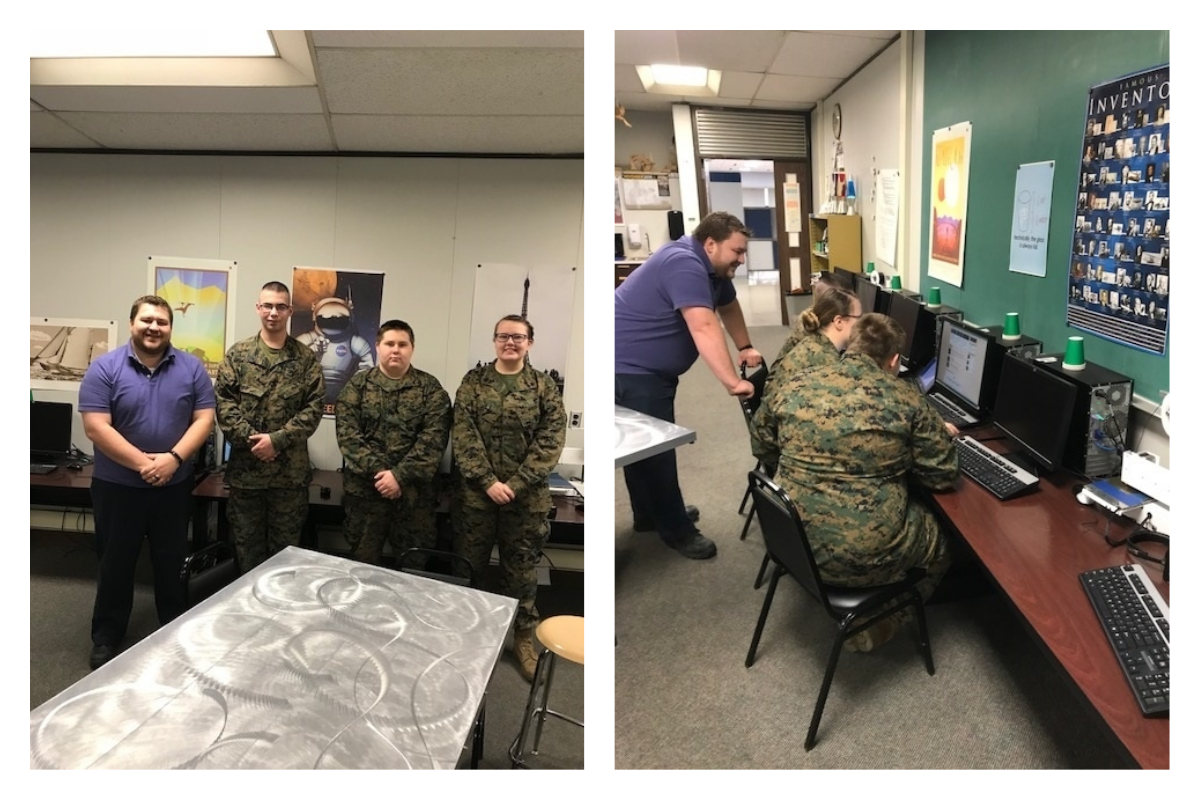 News of computer security breaches are almost a daily occurrence. Local grocer Strack & Van Til experienced a ransomware attack that shut down approximately 20 of its stores right before Thanksgiving. Marriott Hotels recently revealed an information systems breach that could affect 500 million customers. The alleged cyber attacks on political campaigns from 2016 are still being investigated.

Cyber security is an occupational field that offers good salaries and benefits along with high job satisfaction. The cadets of the Michigan City High School (MCHS) Marine Corps Junior Reserve Officer Training Corps (MCJROTC) are taking the first steps toward that lucrative career in participating in Cyber Patriot, the national cyber security game for high school students. Students act as managers of an organization’s information system, defending and counter attacking a cyberattack. MCHS competed in the second round of the competition on December 7th.

Mr. Ralph Gee, the Engineering and Technology Instructor at MCHS who acts as the Faculty Advisor for Cyber Patriot, said that the experience cadets obtain from these types of exercises can be used as a springboard to launch them into a career in cyber security. “The concepts that are put into practice during the competition are the same things that cyber managers of multi-million-dollar corporations are dealing with, but of course at a higher level. This is a great opportunity for students to see the bright future they can have if they go into the cyber security field.”

Marine Instructor Master Sergeant Jeff Benak stated how fortunate the MCJROTC is to have Gee as the advisor for Cyber Patriot. “Ralph brings a wealth of knowledge and solid teaching ability for our cadets.”

Major Tom McGrath, the Senior Maine Instructor, also stated how valuable it is to have Gee at the high school. “I was an infantry officer on active duty, so my technical knowledge of computers is pretty limited. Ralph has done a great job in preparing the cadets for these competitions.”

The state qualifying round to advance in the competition will be in January. The regional round is in February, and the national championship will be held in Baltimore, MD, in March. If the cadets qualify, the trip would be funded by the Marine Corps, costing MCHS and the cadets nothing.