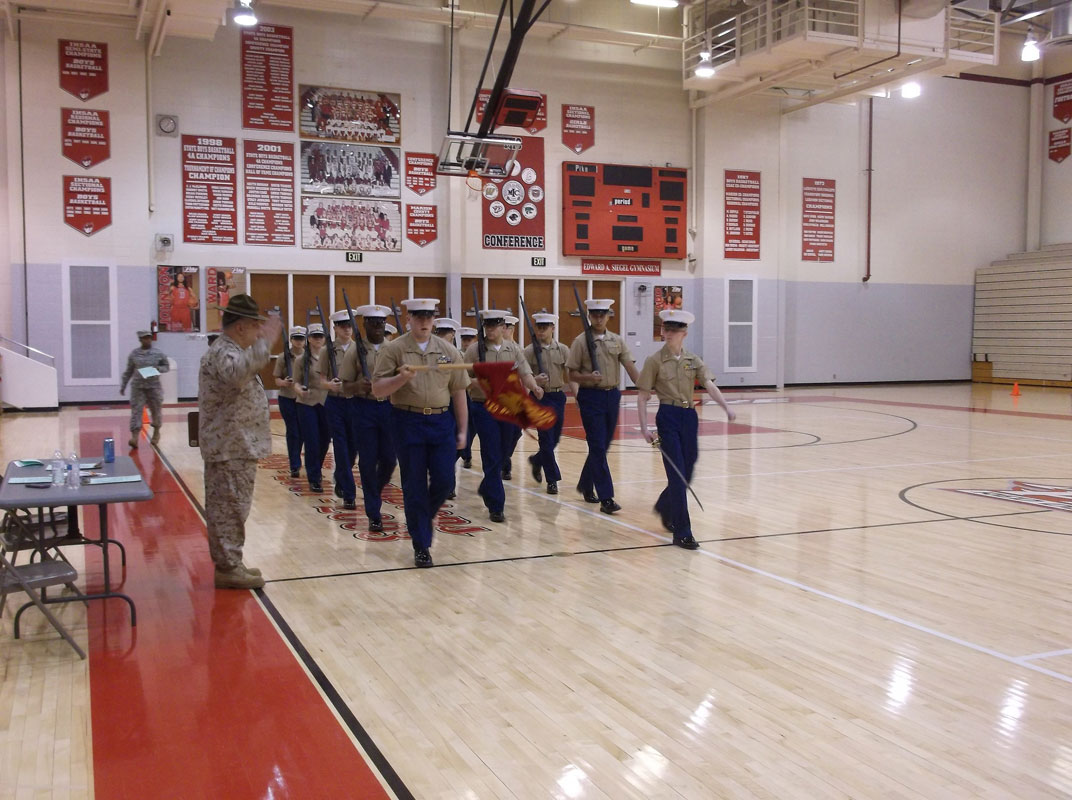 Michigan City High School (MCHS) Marine Corps Junior Reserve Officer Training Corps (MCJROTC) Cadet Captain Alex Wyman has earned the very competitive Navy-Marine ROTC scholarship (Marine Option) worth $180,000 over four years of college. This is the second consecutive year that MCHS has produced an ROTC scholarship recipient. Only 1 other high school in Indiana has accomplished the same feat (Ben Davis in Indianapolis, student population over 2 times that of MCHS). Wyman has been accepted to Purdue University in West Lafayette, where he plans to study aeronautical engineering technology. Following graduation, he will be commissioned a second lieutenant in the U.S. Marine Corps. The current starting salary for a second lieutenant is $35,208. Additionally, housing, medical, dental, and eye care are covered by the Marine Corps. There is also an allowance provided for food that is not included in the base salary. As a second lieutenant, Wyman will be leading a platoon of approximately 40 Marines following his officer and military job school training.

Students who compete for the scholarship are judged in numerous areas. Academics are the primary consideration, with the student needing a mid-level B average in college prepatory classes. Additionally, the student’s over-all high school record- extra- curricular activities, community service, teacher recommendations, SAT/ACT scores-is scrutinized. If the student is competitive, then they will run a physical fitness test and undergo a rigorous interview process by the U.S. Marine Corps Recruiting Service.

Master Sergeant Jeff Benak, the Marine Instructor, has observed Wyman grow as an introverted freshman to being the second highest ranking cadet in the MCHS MCJROTC. “Cadet Captain Wyman is living testimony as to what the JROTC can do for a student who really wants to apply themselves and become a leader.” 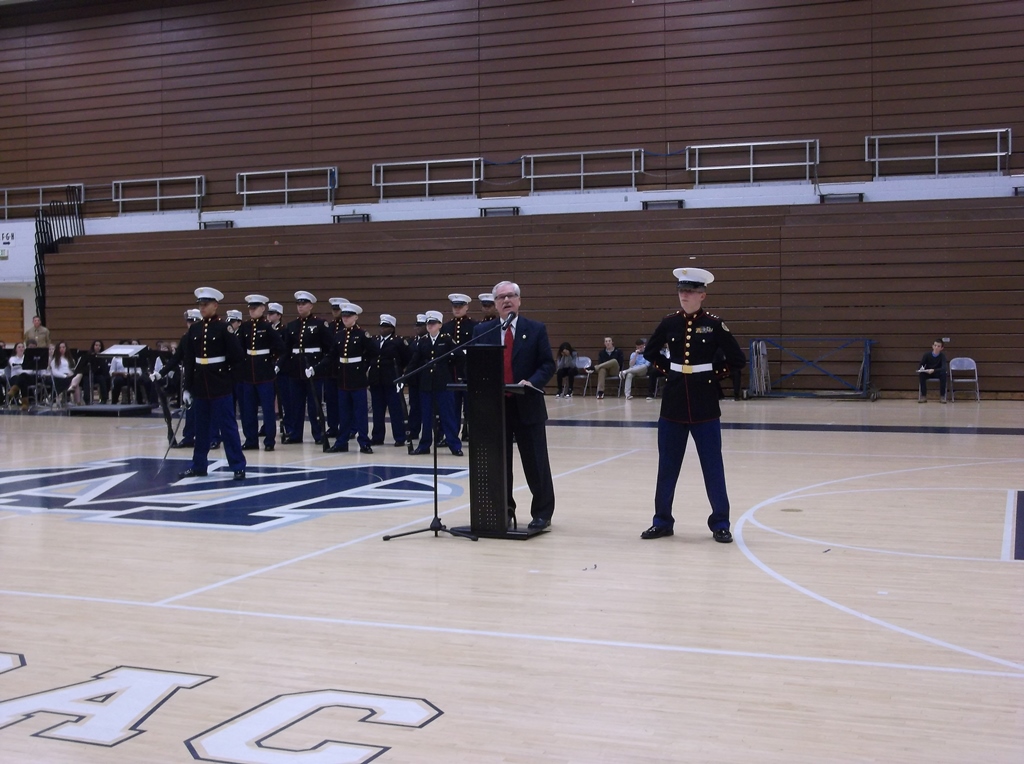 Wyman agrees that the JROTC helped him grow and mature. “I was probably the shyest 8th grader in middle school. After I saw the JROTC presentation they did at our middle school, I knew that this program is for me. I have had a great 4 years in it.”

Cadet Captain Wyman has been an exceptionally involved cadet. He is a four year drill team cadet, rising to be one of the primary commanders. He was captain of the shooting team, which he also did for 4 years. He helped start the Cyber Patriot team, which participates in the national computer security competition. MCHS was the state runner-up in the JROTC category out of 38 schools. Wyman has averaged over 200 hours of community service in each of his four years at MCHS. Despite the huge time investment in the JROTC, he has maintained close to a straight A grade point average, taking all college prepatory classes.

Major Tom McGrath, the Senior Marine Instructor, stated how proud the entire program is of Wyman, and is challenging other cadets to follow in Wyman’s footsteps. “I starting beating the ROTC scholarship drum 5 years ago when I started here, since MCHS had not had an ROTC scholarship recipient since 2005. It took 4 years, but we had 2 cadets earn scholarships last year and now Captain Wyman this year. This is a tremendous opportunity for our cadets, and we are working hard to make this announcement an annual event.”