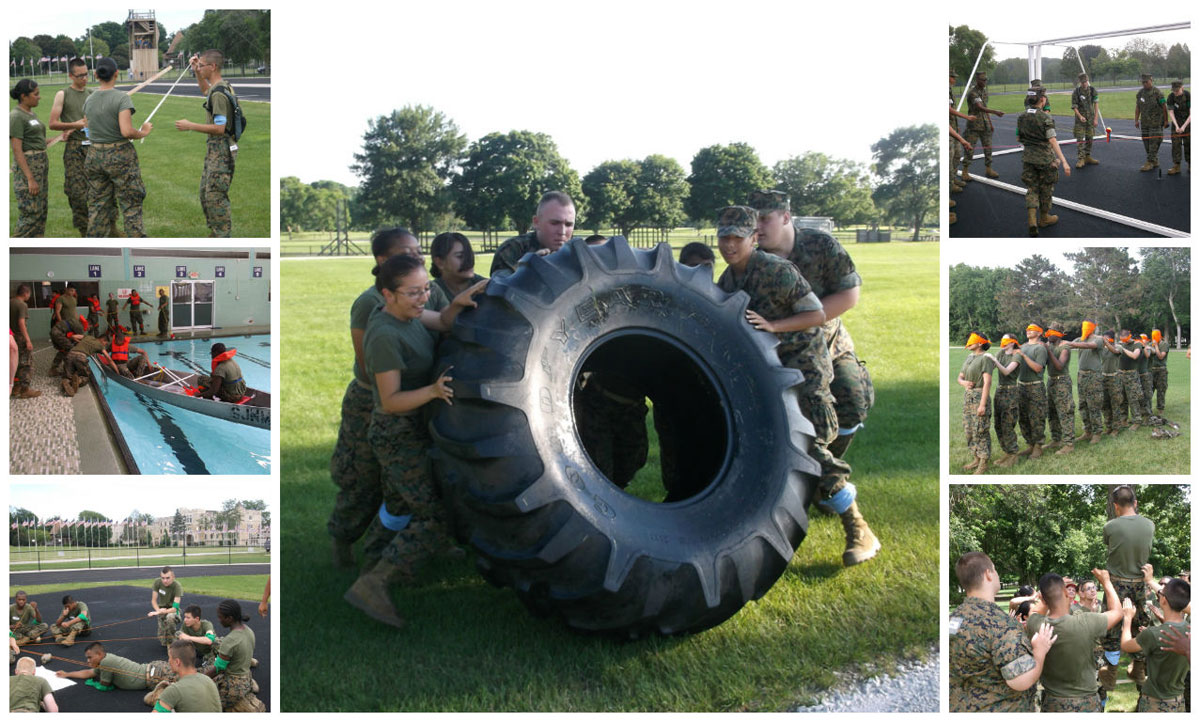 Cadets from Michigan City High School (MCHS) Marine Corps Junior Reserve Officer Training Corps (MCJROTC) participated in a leadership challenge camp, what the Marine Corps refers to as a Senior Leadership Camp (SLC), to prepare their most seasoned cadets to lead MCHS’ corps of cadets the next school year and to use that as a springboard to being a leader in their chosen career. The camp was conducted at St. John’s Northwestern Military Academy in Delafield, WI. The entire camp was funded by the U.S. Marine Corps, not costing Michigan City Area Schools (MCAS) or the cadets anything. Nine other schools participated in the camp. Michigan City was the only MCJROTC school out of the six Indiana programs to attend the camp.

The SLC differed from the Cadet Leadership Camp (CLC) conducted in June in Bloomington, IN, in that the SLC was focused on problem solving through communication and trust among team members. The CLC was more physical, challenging cadet’s leadership skills in a field environment. The SLC accomplished its objectives by cooperative games that encouraged cadets to try new approaches to solving problems that take them out of their comfort zone. In some scenarios, cadets were given limited resources and had to allocate those resources appropriately to accomplish the mission. Other events were predicated on developing trust with their teammates, realizing that interdependence is key to solving problems in all careers, not just the military. The techniques and strategies that were used are also implemented in leadership training programs in the corporate world.

Major Tom McGrath, the Senior Marine Instructor at MCHS, stated that the SLC was a valuable camp for his cadets. “The six cadets who attended are the cadets whom we are looking to lead us to being named the Marine Corps Reserve Association (MCRA) Award recipient as the best school in our region. For that to happen, they need to take the problem-solving skills obtained at this camp and apply them to improving our program in the nine different criteria on which the MCRA is based,” he said.