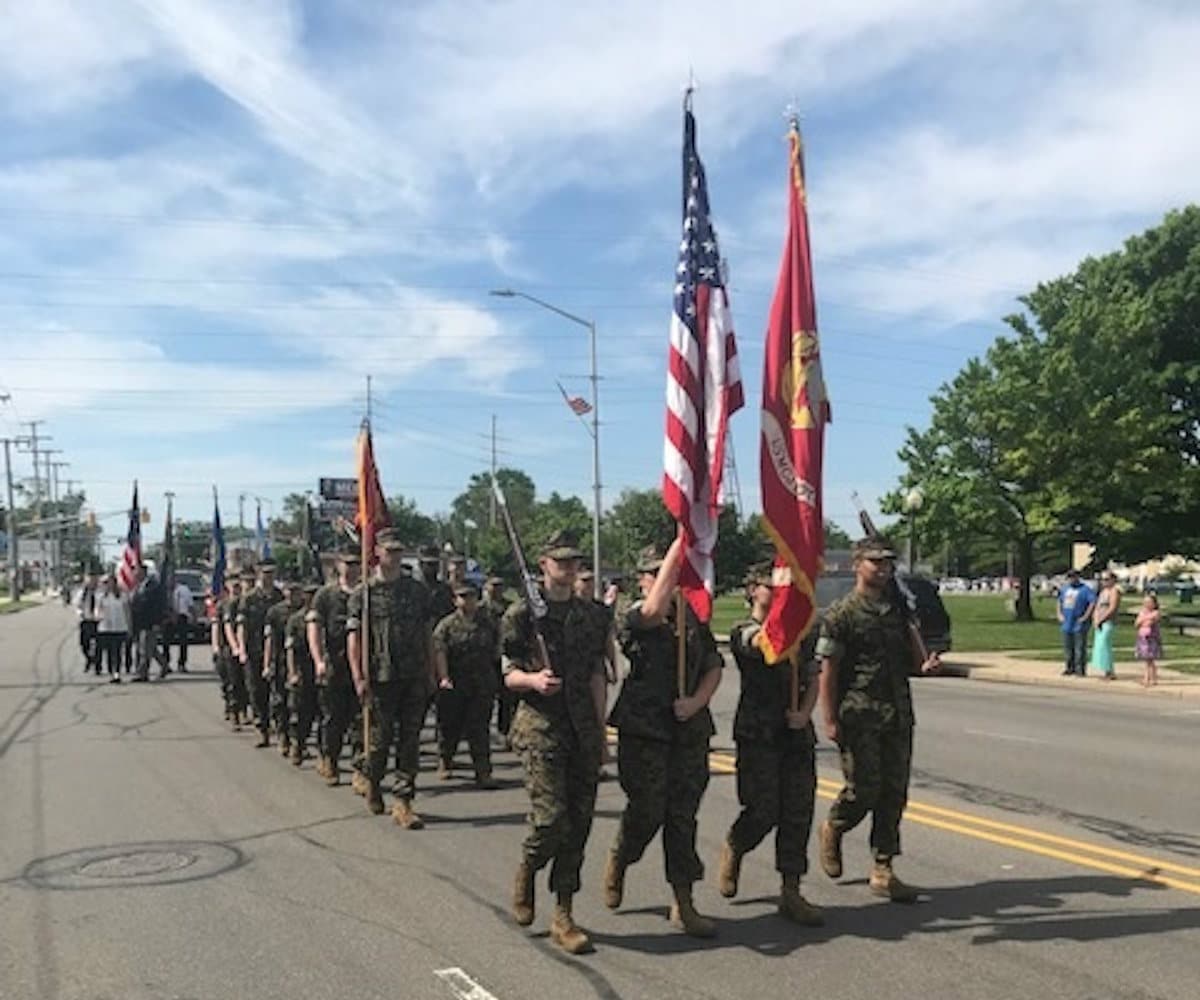 Memorial Day is viewed by most Americans as the traditional start of the summer, a time for barbecuing and relaxing. The reason the last Monday in May is a federal holiday is to honor those who paid the ultimate sacrifice in the service of our nation.

The cadets of the Michigan City High School (MCHS) Marine Corps Junior Reserve Officer Training Corps (MCJROTC) supported the true meaning of this day by marching in the Michigan City Memorial Day Parade and participating in the ceremony at Greenwood Cemetery. Earlier, they had assisted different veteran groups by placing flags on all of the veteran graves in the Greenwood Cemetery. They also supported veteran motorcycle groups in their ceremony at the Medal of Honor recipient Danny Bruce memorial ceremony at Washington Park prior to their trip to Washington, DC, for ceremonies there.

“Our cadets realize the solemnity of this day, what it means to families who have lost loved ones in the defense of freedom,” said Senior Marine Instructor Major Tom McGrath.

Marine Instructor Master Sergeant Jeff Benak complimented the dedication of the cadets. “It would be easy for our cadets to do what most of their peers are doing today- sleeping in and then relaxing. But they realize that many have sacrificed for us to enjoy all of the opportunities this country provides for them.”

In addition to the Memorial Day parade and ceremony, the cadets also participated in other community service events. Among those events were festivities at Pine and Lake Hills elementary schools, Baker Middle School, the Veterans of Foreign Wars Poppy Sale, and the dedication of the Richardson Nature Preserve in La Porte.