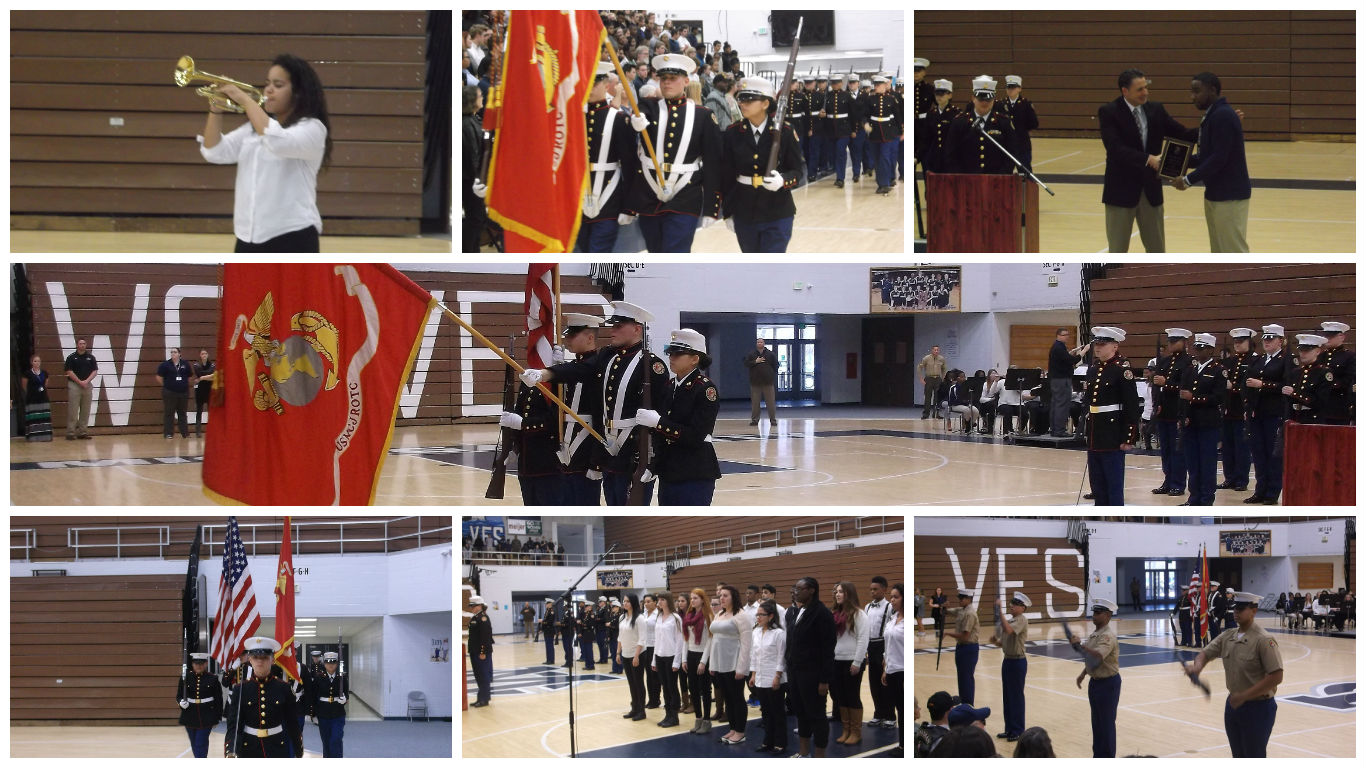 Michigan City High School (MCHS) conducted a Veterans Day ceremony to honor all veterans. The ceremony was open to the public and was performed before approximately 1000 students and guests. This was the second consecutive year that the school had been in session on this federal holiday, and also the second year for the school conducting the ceremony. The main participants were the school band, choir and Marine Corps Junior Reserve Officer Training Corps (MCJROTC).

Principal Wendel McCollum welcomed everyone, particularly any veterans in the audience. The ceremony was a modified military parade. There was the march-on of troops by the MCJROTC cadets accompanied by military marching music by the band, the manual of rifle arms by the cadets, and the signing of the national anthem by the choir. There was also a demonstration of armed exhibition drill by the cadets, the armed forces medley and the playing of Taps by the band, and the choir signing of God Bless America.

The guest speaker was State Representative Scott Pelath. He emphasized that the economic prosperity that we enjoy is due to the sacrifices made by our veterans. Following his remarks, Representative Pelath presented the Naval Honor School plaque to Mr. McCollum, designating the MCHS MCJROTC as one of the top programs in the nation. The program concluded with a moment of silence for all who died in the service of our country, the playing of Taps, and then the cadets marching past the spectators in pass in review.