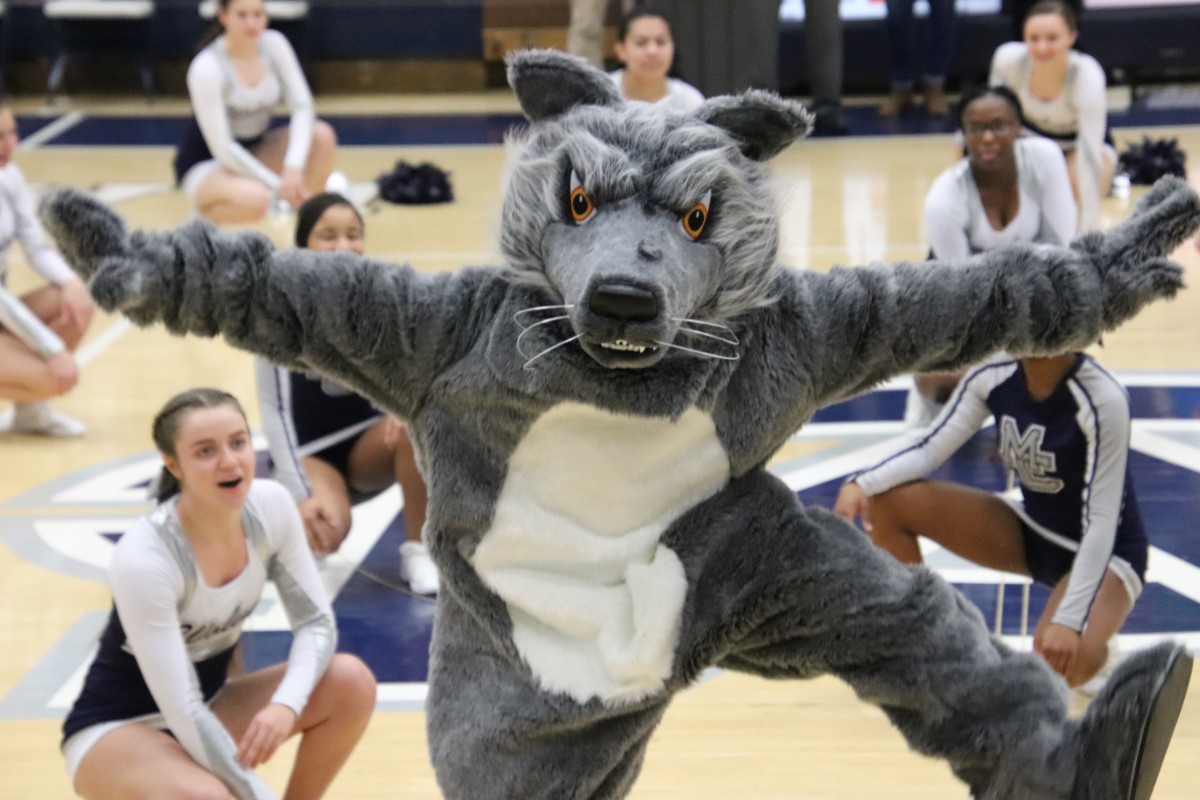 Since 1995, Michigan City High School has turned to their mascot for his entertainment during half-time, his encouragement on Friday nights, and his representation of the community in the high school. However, as years passed and students gave it their all to bring their mascot, a wolf, to life, the costume began to deteriorate. With limited funds for a new mascot, the high school was given a helping hand from the Region. During the half-time show of the varsity high-school basketball game against the Valparaiso Vikings, Michigan City High School cheered in delight as they debuted their brand-new mascot, Wolfie.

As the quality of the previous mascot worsened, Michigan City High School found themselves with pride but without a mascot. In the spirit of giving and supporting the youth of the Region, several organizations came together to bring Wolfie back to Michigan City.

“The whole thing started back in the summer,” Katie Eaton, President of the Michigan City Chamber of Commerce, said. “I had heard about the need for a new mascot and, being a graduate of Michigan City High School, I thought it was really important for us to have something we could be proud of, so I wanted to give back.”

Matt Wolfert, President of the IHSAA Foundation, drove from Indianapolis to attend the event.

“We participated in doing a grant to help do a matching fund to get the money to buy the costume,” Wolfert said. “I was up here in October for that event, and I said that I wanted to come back for the unveiling. I didn’t want to miss it.”

As the cheerleaders brought the hidden Wolfie onto the court, the crowd waited in anticipation to see if the new mascot had significantly improved over the last costume.

“The old one had seen its day,” Michael Gresham, Vice President of Michigan City High School Athletics Booster Club, said. “Our group is really working hard to get positive energy, to outfit our kids, and to get them as ready as they can be for competition. Our cheerleaders are a part of that. That wolf mascot is out front and center in every performance, so we wanted to make sure Wolfie was up to date and looking sharp.”

The cheerleaders of Michigan City High School beamed with pride as they pulled down the curtain to reveal the new Wolfie. Taking a center position, Wolfie performed alongside the cheerleaders during the half-time show.

“I think he’s really fun,” Keira Smith, a freshman cheerleader at Michigan City High School, said. “I like the new costume we have for him. The new mascot looks fierce.”

“He’s a lot of fun,” Tessa Vittatov, a freshman cheerleader for the Wolves, said. “He’s open to all ideas that we have. We had him do a toe-touch, and it hurts for him to do it, but he was all for it. He’s really energetic, and he’s really, really nice.”

The crowd showed their support for the new mascot and the donors responsible for the upgrade by rising from their stands and cheering.

“Everyone seemed excited!” Gresham said. “That’s exciting for us because a lot of people put in a lot of effort to make that special fundraiser happen, so seeing everyone respond and clap along and enjoy the unveiling was good to see.”

The support, generosity, and kindness shown by the donors responsible for Wolfie’s new look demonstrated how the Region is full of community members wanting to raise each other up and to support the youth of the area.

“This is really the first grant that we have done,” Wolfert said. “To me, that’s what high school sports are all about. It’s about tonight, looking around in here at this community spirit. When I heard the story about Michigan City not having their mascot anymore because it was dilapidated and they needed a new one but didn’t have the money, this is what it’s all about. Tonight. I didn’t want to miss it.”

Family, friends, and fans alike joined together in welcoming the new Wolfie to Michigan City High School in what is sure to be a memorable moment for the Wolves for years to come.

“It’s always nice to see the community come together and rally behind a project that is supportive of the school system and to be able to show the pride in Michigan City area schools,” Eaton said.

Full of energy, appreciation, and pride, Wolfie of Michigan City High School is sure to put a smile on your face.