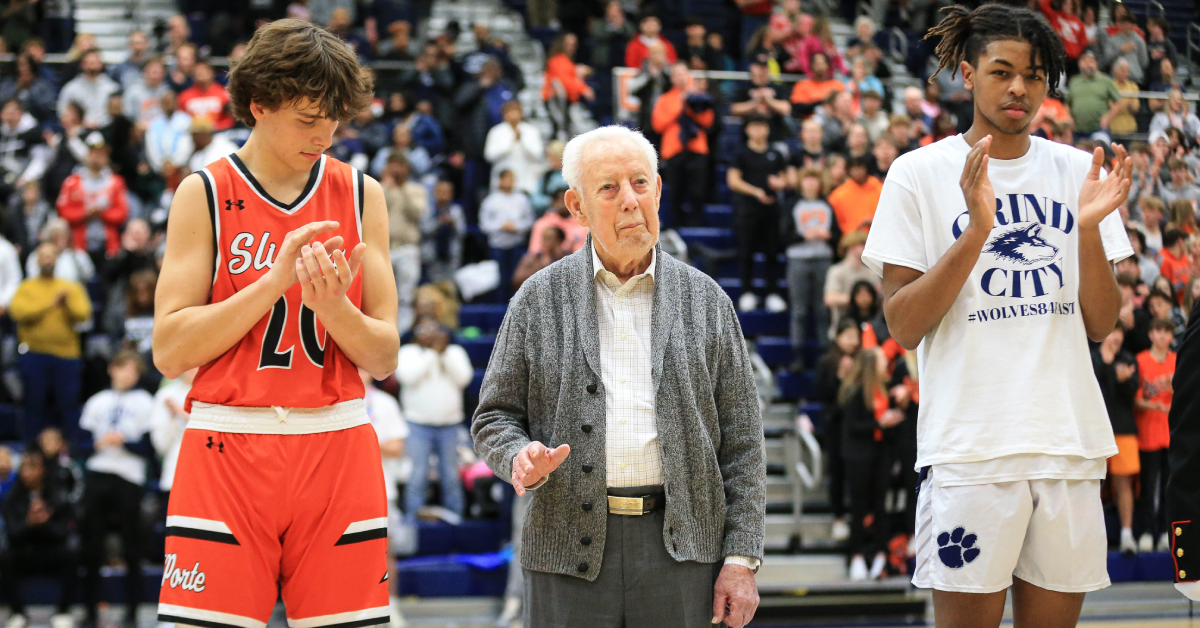 Michigan City High School played host to one of their biggest nights of the year on Friday. The Wolves welcomed the La Porte Slicers for a boys/girls basketball rivalry doubleheader as well as celebrated Heritage Night, where athlete & pep-band alumni from the recent past to as far back as decades ago were commemorated on the court.

In game action the two teams split the doubleheader, with Michigan City’s girls and La Porte’s boys walking away victorious. The Lady Wolves had extra cause to celebrate, as they hosted Senior Night before the game. Amira Wair was one of two seniors honored, and she reflected on just how much her time with the team has meant to her.

“Just being around all of these players and coaches – they’ve been so supportive,” she said. “They push me to work harder. It’s nice that this is happening on Heritage Night, the girls’ games don’t usually get the same turnout as the boys. So it’s great to see everybody’s faces.”

Alumni from many eras of City history joined in on the festivities, cheerleaders, basketball players (even a pair of Indiana Mr. Basketballs), and pep band members all crowded onto the gym floor. Craig Shaman, Michigan City’s athletic director, was ecstatic to see the turnout.

“It’s honestly double or triple what I thought it would be,” he said. “This is our history and culture. Connecting it to our kids that we have here now is just part of the way life should be. We want to teach them the rich history that we have, and bringing all these guys back is the way to do it.”

In between the games, the Wolves recognized another very special alumni – Bill Kietzman, who graduated from Elston High School in 1942 and immediately registered for the Army to join the Allied effort in World War II.

Kietzman was part of the 3rd Army in France, serving under General George S. Patton and taking part in the Battle of the Bulge, the Normandy Landings, and the liberation of concentration camps in Poland. He celebrated his 100th birthday on December 29. Michigan City’s JROTC, as well as family including his great grand-nephew took part in honoring him.

“Our coach, Tom Wells, brought this idea to me,” said Shaman. “It tied in perfectly to Heritage Night and it was such a beautiful moment.”